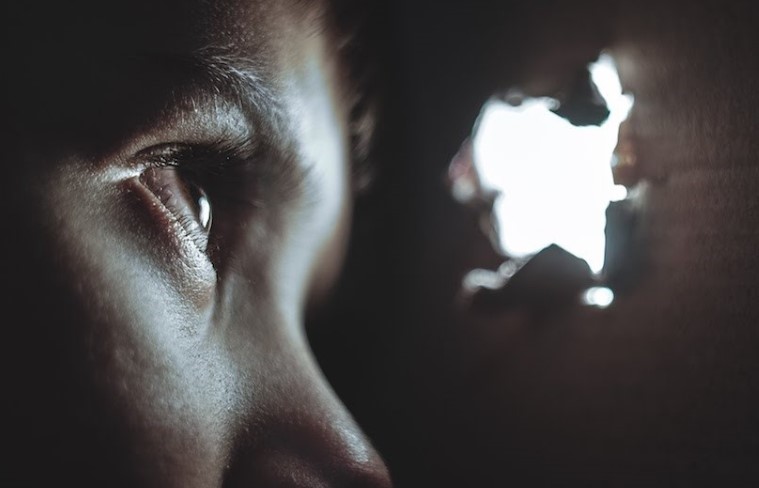 Difficulty in social situations and rigid behaviors are two of the most common symptoms of people with autism. However, many also seem to have a heightened connection with the paranormal world.

People with autism process things differently to those with neurotypical brains, particularly when it comes to sensory processing. This can offer an explanation for why autistic people are often more in sync with the paranormal world, such as describing that they sense a presence, feeling touch, and even having visions with no somatosensory stimuli.

In fact, research shows that these experiences are prevalent in autistic people when compared to control groups, going as far as to describe them as ‘ghost magnets’.

An increased need to explore

One explanation for people with autism, particularly children, having a heightened connection to the paranormal world is their need to explore and understand. Research from M.D. Rutherford and Francys Subiaul showed that children with autism biologically differ in how they explore their surroundings and are more likely to seek explanations in physical domains.

When someone without autism has a paranormal encounter, such as sighting a ghost, they’re more likely to brush it off and forget about it or explain what happened in a different way.

For someone with autism, they’ll be more likely to explore and search for an explanation for their experience, which can lead to them having more encounters as they place themselves into situations and environments where a paranormal encounter is much more likely.

Ghosts in the home

Autistic people have earned the title of ‘ghost magnet’, mainly thanks to children who seem to pick up on supernatural activities more than anyone else. There are countless stories of autistic children drawing pictures of people who they say they see or having conversations in what appears to be an empty room.

Parents often start to look into the history of their home or neighborhood to discover that someone who fits the description of the person that their child is communicating with had died nearby or in their home.

The good news is that the ghosts that are drawn to autistic people are usually friendly and want to cause no harm or fear. The reason why autistic people connect with these ghosts more than neurotypical people is unclear, but the most obvious explanation is that it all comes down to how their brains are wired differently.

For some, having a paranormal experience can be scary or worrying, while others seek them out. Having autism can make it difficult to understand or communicate these experiences, which can partly explain why people with autism find them more distressing and distracting than others.

Whether you believe in all things supernatural or not, it’s important to remember that people with autism experience the world differently in many ways, so they may be seeing, hearing, feeling, sensing, or just believing in something that others aren’t able to.

Autistic people should be supported and encouraged to embrace their experiences and try to communicate them to others to help them process them. This can be done in whatever way works best for them. Ultimately, they may enable others to connect with the paranormal world, helping them to create some special experiences and memories too.

From ghost and UFO sightings to out-of-body experiences and sensing a presence that no one else can, research shows that autistic people certainly do seem to have a heightened connection to all things paranormal. The difference in how their brain is wired that causes their autistic symptoms is likely also responsible for these experiences.

In this article:anomalous perception, autistic people