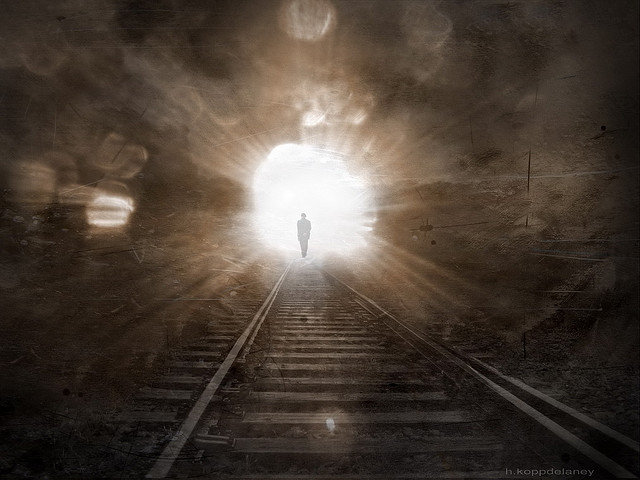 “Condemnation without investigation is the highest form of ignorance.”
– Albert Einstein

Refusing to open your mind to new ideas, however bizarre they might seem , is arguably the most serious impediment to human progress.

Let us examine this claim by reviewing the following points:

If we study the history of scientific discoveries we can often observe turning points where our understanding of our reality has been transformed even though these new theories had often originally been ridiculed and rejected. Time and time again throughout human history, these pioneers of new thinking have been condemned or even imprisoned. Unfortunately our understanding was inevitably limited to the subjective knowledge we possessed at that particular time in our history. The tools and methods available during those days restricted the scope of our scientific examination of the world around us. If we recognize the vastness of the universe we should admit that our knowledge about the reality is actually pretty minimal.
For example, if someone had told you 50 years ago that in a few decades you would have a device in your pocket enabling you to ask any question or search for information about any topic and get thousands of results in a matter of seconds you would have probably assumed that this was a crazy idea more suited to science-fiction. In fact, today we have this technology – it’s called a smartphone with an Internet connection and you just have to use a browser to get these results. Or imagine trying to explain to someone living a thousand years ago what the world looks like today, with all the technology we have. This is only a thousand years, it’s less than a second on the evolutionary timeline.

According to official history, many ancient cultures believed that Earth’s shape was a plane or disk.  Today we can only smile hearing those theories. But back then, this was the best explanation based on all the knowledge people possessed at that time. The same applies to the idea of Earth being the center of the Universe. Before Copernicus and Galileo this was the conventional wisdom accepted by the establishment.
Another great example is the theory of continental drift proposed by Alfred Wegener in 1912. This is the notion that all continents were once conjoined in a single landmass and subsequently drifted apart. His proposal was greeted with skepticism and he was viewed as an outsider in his field. Twenty years after his death, the evidence started emerging in favor of his theory.  Today it is established knowledge and Alfred Wegener is now recognized as the founding father of one of the major scientific revolutions of the 20th century.
We are constantly facing new discoveries that make us question previous assumptions and are now grappling with elusive concepts like dark matter, quantum mechanics, multiverse theory etc. The deeper we dig, the stranger things become.

Ego is the dysfunction of the human mind, probably the single most important cause of all imbalance and suffering in our lives. Throughout the ages, its impact can be seen in every sphere of life. People have been trying to achieve selfish objectives for millennia, often bypassing official rules. Unfortunately, science is not exempt from this behavior.

Because there are so many theories and so much data involved in scientific research, prestige is paramount, just like any other discipline.  It is only the most well-regarded journals, highly-rated universities and officially accredited educational bodies which are understandably respected and specially ranked by academic communities.  However, this can make objective scientific inquiry more problematic.

For example, there are certain highly controversial fields like parapsychology which is not accepted by mainstream science despite so many individual experiences that continue to have been reported throughout the world for centuries. This subject has been dismissed as pseudo-science by many professional psychologists but that in itself restricts opportunities to investigate this phenomenon objectively. Many scientists are unwilling to even talk about this topic for fear of ridicule or condemnation. Journals are less likely to report on any research, funding is much more difficult to obtain, “prestigious” universities are less likely to study it. Here is an example of this mentality:

“A similar incident occurred again in 2011, when Daryl Bem, one of the signatories to the Frontiers article claiming that parapsychology is taboo, published his paper on precognition (Bem, 2011) in the Journal of Personality and Social Psychology. This journal is considered the flagship publication in its field, and news of this paper generated an enormous media response, even before it was officially published. Once again, the editors of the journal were moved to write an editorial explaining the reasons why such a paper was accepted and included this statement:

We openly admit that the reported findings conflict with our own beliefs about causality and that we find them extremely puzzling. Yet, as editors we were guided by the conviction that this paper—as strange as the findings may be—should be evaluated just as any other manuscript on the basis of rigorous peer review. (Judd & Gawronski, 2011)”

Jack Andraka is a teenager who has developed a new, rapid, inexpensive method to detect pancreatic, ovarian and lung cancers. The older methods used to diagnose pancreatic cancer were very inaccurate and extremely expensive. He had to find a researcher who would be willing to work with him on this reinvention. He emailed 200 scientists but only one responded indicating that he might be interested. It is crucial to recognize  that Jack conducted all his research by using Google and Wikipedia and that hardly any  scientist took him seriously, probably because of his age and lack of qualifications.

Unconventional ideas out of step with mainstream thinking are so often not accepted or given due consideration by society.

To illustrate this observation I will outline a hypothesis based on situations that I have observed many times.  Imagine that you have a friend working very hard in a stressful job, who sacrifices their health and relationships with friends and family in order to cope with their job. There are two points that should be noted here. Firstly, this individual has been conditioned to believe that in order to be “successful” they have to have money and that progressing in their company will allow him to gain higher social status. This is the norm they follow and they have been programmed to pursue this goal since childhood. Unfortunately, these external pressures conspire against them so that they lose both their health and their position, ending up alone, ill and depressed. But because this cultural conditioning is so powerful (this is what they have grown up with and always been told by their family, friends, school and the media etc.) they do not realize what is happening to them until it is too late. Other options like taking a holiday or doing a less stressful lower paid job cannot be considered as this would mean less money and  lower status which fail to fulfill their pre-programmed life plan . The second point I want to make is that someone caught up  inside this situation might not be able to see it  rationally and objectively from the outside. You yourself can start to see what is going on and you try to explain your fears to your friend who can’t really understand the dangerous consequences of their actions.  Because they have been so comprehensively programmed to do what they were told, they don’t get it until it’s too late. It might take a long time for you to persuade them that what they are doing will endanger their life or it may only take some kind of existential crisis to  help them to understand this.
Scientists are similarly conditioned by current mainstream ideology and what they have been taught to think. Very often, ideas which do not correspond to these norms will be opposed or discouraged. This is an automatic reaction to something that does not fit your worldview and is out of step with what you have got used to. You initially reject it, it might take several years, perhaps many decades and even centuries before new thinking is accepted. Even if these ideas can be proved immediately it still takes time for most people to accept and acknowledge this new reality.
To conclude, I just want to say that we have to remember that scientific knowledge is provisional and subject to revision: the more attached you are to your beliefs, the less able you will be to keep learning. We have to question everything we are told and not dismiss alternative theories even if they contradict the conventional wisdom, no matter how ridiculous they might seem. We cannot see the whole picture if we don’t look at all the different angles. Being open-minded does not mean believing everything you hear, but it is foolish to ignore new ideas without unprejudiced investigation.

THIS ARTICLE IS OFFERED UNDER CREATIVE COMMONS LICENSE. IT’S OKAY TO REPUBLISH IT ANYWHERE AS LONG AS ATTRIBUTION BIO IS INCLUDED AND ALL LINKS REMAIN INTACT.