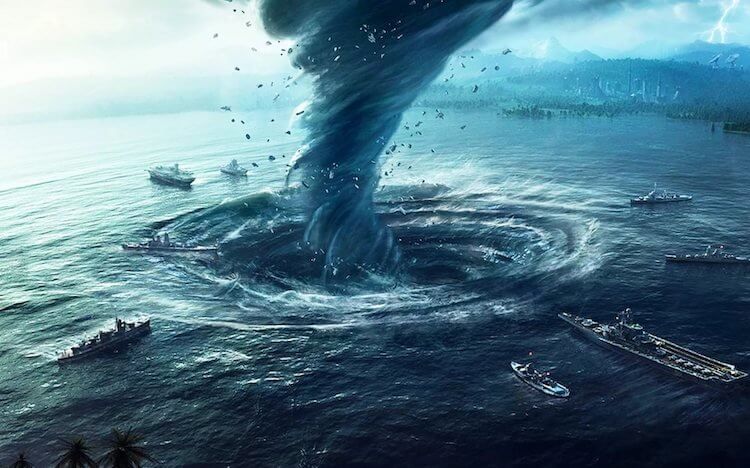 We have repeatedly written about the mystical places of our planet. But it’s interesting to read about all mysticism and its exposure, isn’t it? Scientists can explain some of the recognized anomalies, but some cannot, but from this, the theme of all kinds of “triangles” excites our thoughts even more.

Everyone begins to think up something, fantasize, try to explain strange events, and this creates an additional topic for conversation and interesting debate. This time there is another one in the form of the Michigan triangle. And so it turns out that all mysticism loves this particular geometric figure. Although, perhaps, people are driving it into such a framework, because the “triangle” sounds much more mystical and ominous than for example the “tetrahedron”, or the “trapezoid”. Mysticism in the ocean is commonplace. This time we’ll talk about a lake.

Where is the Michigan Triangle

The Michigan triangle is called the “younger brother of the Bermuda Triangle”, but few know it. It is similar to everyone knowing Chris Hamsworth, the performer of the role of Thor in the Avengers, but few know his brother Liam, who also starred in the movie. Or, nobody knows the name of James Franco’s brother. The list goes on for long.

Despite the low fame of the Michigan triangle, a lot of everything mystical and mysterious also happened in it. It’s just that it is not so widely covered in cinema, books and other works.

This place got its name, like most anomalous zones, by the name of the place where it is located. The Michigan Triangle is located in the center of Lake Michigan – the largest American lake. Its size is really impressive. It is 517 by 190 kilometers, and its area is 58 016 square kilometers. The coastline stretches for 2,656 kilometers and runs through four states. It is the fourth largest freshwater lake in the world.

How ships disappeared in the anomalous zone

In total, several ships and even a couple of planes disappeared in the anomaly on the territory of Lake Michigan. For the first time, something strange happened there in August 1679, when the French ship Griffin disappeared on the territory of Lake Michigan, which was studying the possibility of moving from the Pacific Ocean to the Atlantic. In those days, ships disappeared often, but they were searched for the remains of either these ships or crew members. There was nothing there.

After that, in 1891 the cargo ship Thomas Hume disappeared in the triangle. It moved north and collided with a storm, but according to eyewitnesses from the ship that was near and returned to the port of departure, the captain decided to continue moving. As a result, the ship disappeared and no one else saw it or its crew. Many researchers are still looking for it and periodically assure that they found something, but no one has evidence that the Thomas Hume vessel was found.

The most famous disappearance in the Michigan triangle

One of the relatively recent mystical cases occurred on April 28, 1937 with the ship of captain Donner, which was called McFarland.

It followed from the port of Erie to Port Washington. On the way, the captain felt unwell and decided to go on a little rest, putting his assistant at the helm instead. Before leaving for his cabin, he asked to wake him when the ship approached the port. As a result, when after a few hours the crew members approached the captain’s cabin, he was not there. In order to find out his whereabouts, they had to break the door, since it was locked from the inside. The mystique is that there were no windows or hatches in the cabin, and the door was locked from the inside. That is, the captain could not leave and lock the cabin in this way.

The incident was even stranger because Captain Donner was an excellent swimmer and a very balanced person. An experienced captain simply could not commit suicide by jumping overboard, as he could not drown, accidentally falling there, all the more so that the water was completely calm that day. Perhaps the captain hid somewhere on the ship? This is out of the question since the ship was thoroughly searched. This could not be a joke either, since after it the joker should appear, but he did not appear. And according to those who knew the captain, he was not a joker.

It was after that day that people began to talk about the notoriety of this place and it was in this that they found an explanation for other oddities that occurred in that area. As a result, no one knows where the captain went. Just like that, a person can disappear for no reason. Or not without reason.

Missing Aircraft in the Michigan Triangle

The first sensational story in the sky above the Michigan Triangle occurred on June 23, 1950. This time, a Norvest Airlines flight (flight 2501), flying from New York to Minneapolis, got into trouble.

The aircraft was controlled by Robert Lind, an experienced pilot, and on board were more than sixty people, including crew members. The plane was supposed to fly in the area of ​​the city of Chicago, but there was very bad weather and the route had to be urgently changed. As a result, the path was chosen through the very lake of Michigan. At some point, the pilot stopped communicating and answered the dispatcher. Only after some time, he requested permission to change the height due to electrical discharges along the way. Soon, the plane disappeared from the radar.

Due to the fact that there were many passengers on board, the incident simply could not go unnoticed. And the most interesting thing is that everything happened at about the place where Captain Donner from the previous story was “lost”. Interestingly, the plane was never found in any form. There were not even fragments and bodies of passengers. It remained a mystery where he went. However, two police officers claimed to have seen red flashes in some place. The flashes in the sky lasted for about 10 minutes.

Why ships disappear in the Michigan triangle

There are several versions of why strange things are happening in this area. One of them is a strange magnetic anomaly that makes people behave strangely. However, this could explain the loss of Captain Donner and some other ships, but the cabin was not locked from the inside.

But in general, isn’t here a question, why such triangles do not appear on land? After all, it is much easier to find the wreckage of aircraft or the skeleton of cars there. So no, everything comes necessarily on the sea or lake, where, as they say, all ends are in the water. Or does water really have some mystical properties? Here is an opportunity to reason by yourselves.

In this article:Lake Michigan, Michigan Triangle 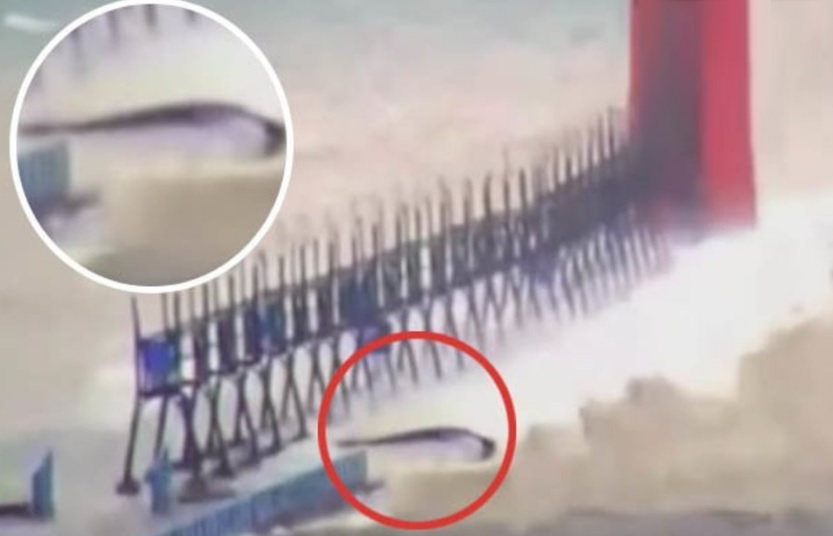 On Lake Michigan during a storm filmed a strange black creature

Freshwater Lake Michigan is the largest lake in the USA and belongs to the Great Lakes group. Its depth is up to 281 m,...