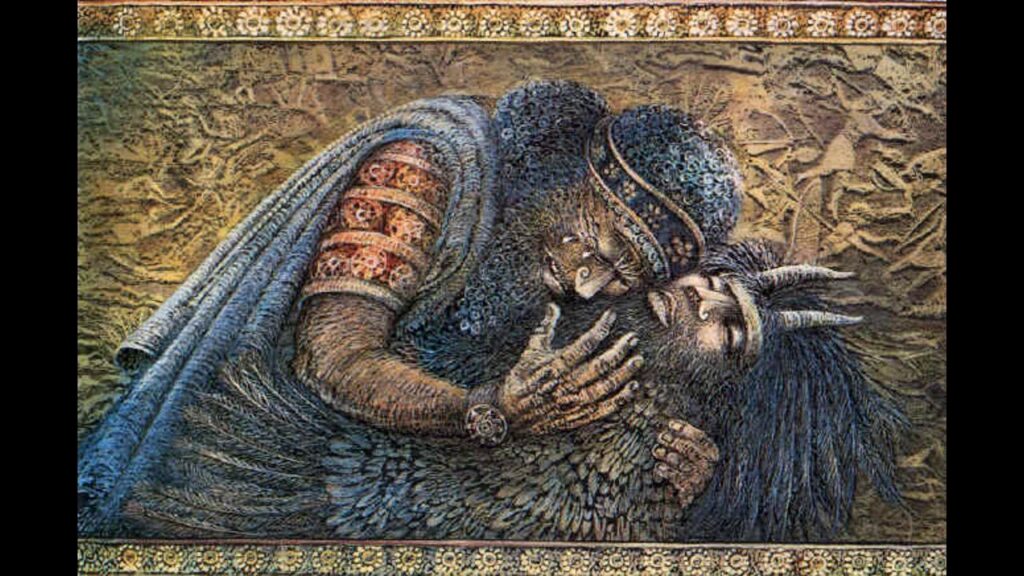 The Sumerian gods created humans to rid themselves of the need to work. This was the proposal made by the wise Enki when the goddess Ninmah created the first man. The gods decided to celebrate the appearance of man.

During the feast, the goddess created different versions of flawed human beings, and Enki found a use for each of them. Finally, Ninmah created a creature that could not move, eat or drink – a baby. Enki suggested that Ninmah find a use for this creature, but she could not think of anything.

Another plot is preserved in the Atrahasis, an Akkadian epic. At first, Enki entrusted the field work and the maintenance of the canals to the lesser gods. After 40 years, they rebelled, and the wise god decided to create people. The basis for them was the clay, flesh and blood of the deceased god, as well as the saliva of other deities.

According to the epic, people began to multiply very quickly, and their noise began to annoy the gods, who preferred to destroy their creations with a flood. Enki warned a man named Atrahasis who built an ark for his family. After the disappearance of people, the gods realized that they were left without their offerings. Repented, they vowed not to resort to such drastic measures again. Instead, the gods decided to keep the human population under control through difficult childbirth, infant mortality, and taboos.

The origin of the world was also evidenced by the dialogue “Debate between Sheep and Grain”. It began with a depiction of antiquity, when the gods and people did not know agriculture and cattle breeding. The gods at that time lived on a sacred hill, and people – at its foot. At some point, the deities created sheep and grain. Having tasted the “bounty of sheep and grain” in their banquet hall, the gods decided to give them to people as well.

Sumerian gods and myths about them

Among the stories about Enlil was one where he raped goddess Ninlil. For the crime, Enlil was banished from the community of the gods to the underworld. Ninlil accompanied him into exile. He impregnated her three more times. Their eldest son Sin became the god of the moon, the other three became gods of the underworld.

The wisest of the Sumerian gods was Enki, who was considered the patron saint of wisdom and water. The largest poem dedicated to him tells of Enki’s organization of the world order. It glorifies him as the breadwinner of people and gods. On his ceremonial boat, accompanied by his retinue, Enki visited the lands known to the inhabitants of Mesopotamia – Melukhha (Indus Valley), Dilmun (Bahrain), Elam. Enki creates (“calls by name”) swamps, reeds, rain, sea and clouds. He turns hills into fields, teaches people how to handle livestock and tools. A wise god draws boundaries between nations.

He appoints the gods responsible for a variety of phenomena: agriculture, cattle breeding, hunting, crafts, writing, midwifery, and even prostitution.

Inanna is outraged that she has no functions left. Then Enki appoints her as the goddess of love and war. The anthem text describes her indomitability as the patroness of conflicts.

The hero-god was the son of Enlil, Ninurta, who appeared in four Sumerian texts and one Akkadian. Ninurta defeats the volcanic monster and his stone allies. Then God decides the fate of the stones: the “blessed” will be useful to people on their own, the “damned” will be split or grounded into powder.

Ninurta sought to gain the powers of the elder gods. He tracked down and killed the giant bird Anzu that had stolen the powers of his father Enlil. In the Akkadian version, the hero did not immediately agree to return his father’s powers. But in the end he gave in, for which he later received praise from the gods.

In the Sumerian poem “Ninurta and the Turtle”, after defeating Anzu, the hero wants to keep the powers he has received. To pacify him, Enki creates a giant tortoise. When Ninurta is captured by the monster, the god of wisdom rebukes him for his overconfidence.

In “Enuma Elish”, a Babylonian poem written in the 12th century BC, the plot with Ninurta was rethought about the god Marduk.

Ea (Enki) called on his son Marduk to fight Tiamat. Before the battle, the gods gave their powers to Marduk, who kept them for himself and after the victory made Babylon the center of the world. The story of the rivalry between the son and the father was replaced by the story of how the god of wisdom made his son the supreme god.

The goddess Inanna was popular in Sumer. Later in Babylonia, she would be worshiped as the goddess Ishtar. She was the wife of the god Dumuzi, the patron saint of shepherds.

The largest story of the gods, numbering 800 lines, is dedicated to Inanna and Enki. Inanna is the patroness of love and procreation, Enki is the god of wisdom and magic. One day Inanna left her city of Uruk to visit Enki in his city of Eridu. During the feast, the drunken Enki granted Inanna control over more than a hundred attributes of Sumerian life. Among them were the art of scribes, music, architecture, reason, as well as kissing, prostitution, family quarrels. Inanna fled with them to her city.

Equally popular was the story of love between Inanna and Dumuzi, the patron saint of the shepherds. According to one version of the myth, the shepherd god competed for her with the agricultural god Enkimdu. On the other hand, Dumuzi had no rivals.

In Inanna’s Descent into the Underworld, the goddess dies. She descends into the Lower World to her sister, who kills her. The death of Inanna led to the cessation of the birth of children. The messengers of the god Enki convinced the goddess of the Underworld to return Inanna. She agreed on the condition that she would give a replacement – this is the only way to leave the underworld.

Returning from the Underworld, accompanied by demons, the goddess met the patrons of the Sumerian cities. Seeing them in rags, Inanna did not allow the demons to take them to the underworld. The replacement was Dumuzi, who did not mourn the death of the goddess. He appeared in myths as well as Dumuzi’s plot to attempt escape from the demons who were pursuing him. As a result, Geshtinanna, the young man’s sister agreed to replace him in the Underworld for six months. The relationship between Inanna and Dumuzi was the theme of the Sumerian love lyrics.

Inanna was revered not only by the Sumerians, but also by the Akkadians. In Akkadian myth, Enki, tired of the cruel nature of the goddess, created her double named Strife. Inanna saw herself from the side and was horrified. After that, the goddess abandoned cruelty, and Enki ordered the Sumerians to perform a ritual dance in her honor.

Sumerian myths about the gods developed in Akkad and Babylonia. The myth of the descent into the underworld of Ishtar repeats the text about the descent of Inanna there. Plots from the Sumerian pantheon developed other myths as well.

In this article:Akkadian myths, Ancient Sumerians 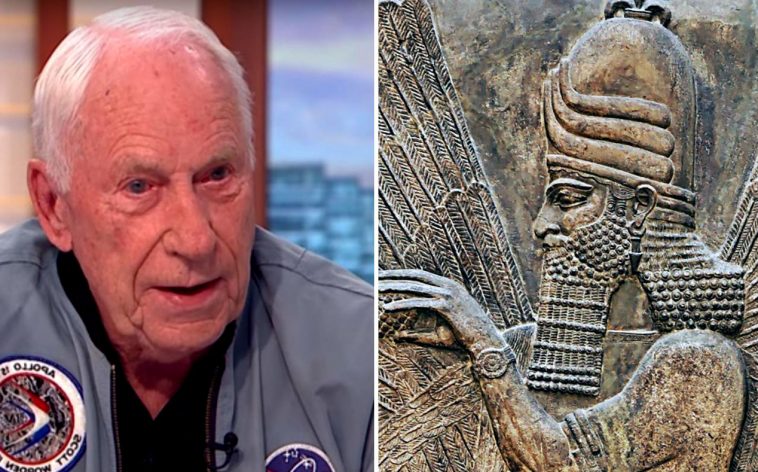 The concept that aliens built the human race is popular among the researchers and until now, it has captivated many curious masterminds. Dominant scholars...