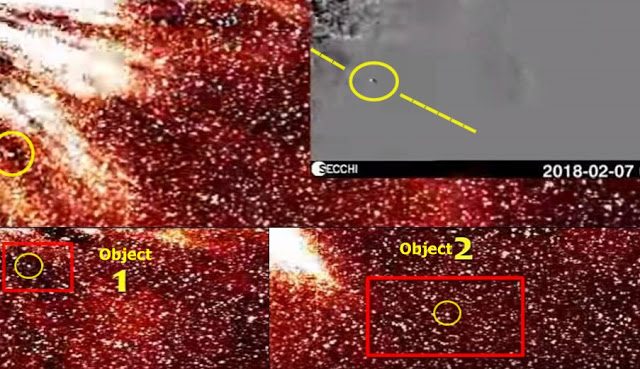 If you look closely at the bottom of the video, you can see how two objects appear from nowhere flying straight towards the sun.

After analyzing the strange event near the sun he concluded that both objects are some sort of projectiles fired by a disguised alien craft with the aim of hitting the sun.

Below the footage and decide for yourself whether the objects are comets or projectiles fired by an alien craft.

Advertisement. Scroll to continue reading.
In this article:alien craft, Sun