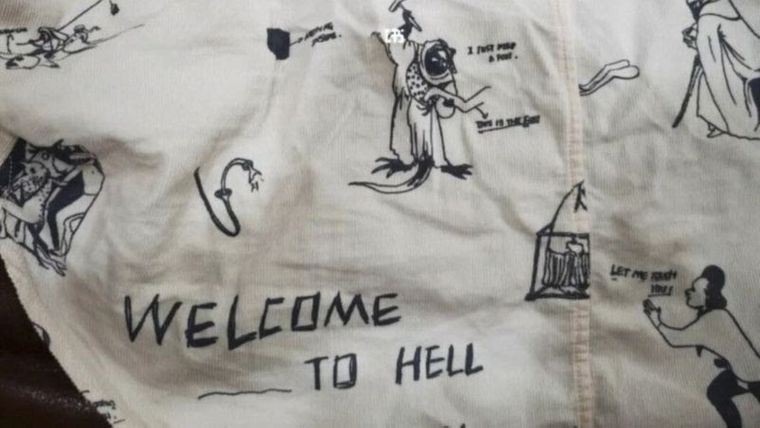 Photo of a children's shirt by the Chinese brand JNBY Photo :Weibo

The famous Chinese clothing brand JNBY, which has a 27-year history, has been criticized by customers. The reason was scary images and strange inscriptions on the latest line of children’s clothing. The company has apologized and announced the recall of all products.

It all started with a post by Mogu’s mother on the Weibo microblogging service. She posted a photo of a shirt that her parents, who do not speak English, bought for their four-year-old son. On the clothes was the inscription “Welcome to Hell” and the image of a catcher of souls who bears parts of the human body. Also, next to it was a man with the inscription “Let me touch you.” In addition, the Chinese brand put on a black down coat the words: “The whole place is full of Indians. I’ll take this gun and blow them to pieces”, and another depicts the body of a guy pierced by an arrow. JNBY has apologized to Xiaohongshu, a Chinese photo-sharing application, for customer complaints about JNBY’s “inappropriate prints” on the brand’s children’s clothing line. The brand stated that its design is based on the brand’s “free imagination” philosophy and that it strives to create “unique” styles.

“But we also understand that the most important thing is to convey good value,” JNBY added, promising to combine innovative and creative design with good value in the future.

Although the company apologized to the customers, they did not offer to reimburse the parents for the purchased items.

The Global Times reported that the items in question have been removed from JNBY’s online store.

We add that this clothing brand, which also has a presence in the United States, reported $ 335 million in revenue in the second half of 2020.

Advertisement. Scroll to continue reading.
In this article:baby clothes, China