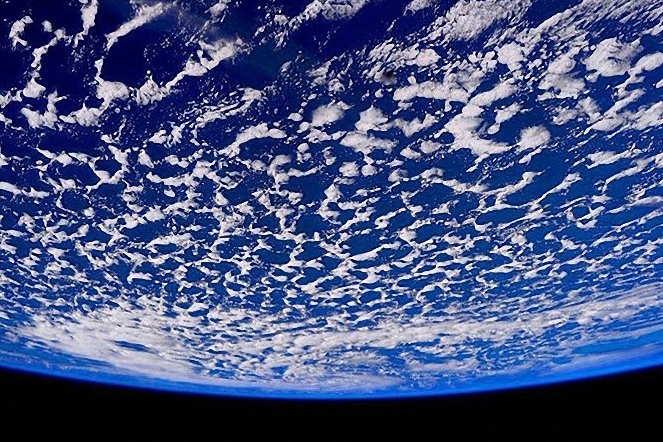 Recently, humanity has been spending a lot of resources on the military industry and on the development of the Internet.

Basically, a huge amount of spending goes to the defense of certain states. Almost everywhere we are talking about the end of resources on the planet and the imminent exit beyond the Earth. Very often you can hear talk about the presence of several opposing blocs all over the world, about colonies on Mars and the Moon, as well as about resource confrontation between factions.

Because of this, science is usually not moving in the right direction. All energy is directed towards a possible military conflict. But no one is seriously engaged in real scientific research, which would also go for the good of mankind.

Disciplines such as the study of ancient civilizations, artifacts from long forgotten times or the study of oceanic expanses have long been out of favor. But how many interesting things you can find there, if you at least invest in this business with due seriousness!

Elon Musk and other billionaires are spending billions of euros to expand the space program. Almost everyone dreams of flying into space but people very often forget that the most important riddle for them has not yet been solved.

The most important secret is our own planet, on which you can still find a lot of interesting things. The fauna of the oceans has not been properly explored. Every year scientists come across new species of animals. There are no serious research programs on this subject. In total, the ocean floor has not been investigated, and in fact several billions could be sent to study it.

Perhaps, at the bottom, people would have found many useful elements, and perhaps even such minerals that are not yet listed in the periodic table. We don’t really know how exactly they were born and are used to trusting Darwin’s theory. However, Darwin’s theory is just a hypothesis created by a man who lived in the 19th century. At the same time, this expert has doubted his judgments more than once.

How exactly did people appear on Earth? Many will immediately respond with phrases from textbooks or religious literature. People were created by God, or man appeared due to evolution. How exactly did life begin?

Religious people will answer that the Almighty gave birth to the universe, and scientists will say about an accident or about the possible introduction of life from space to our planet. But what is life in general? And what is “to be” or “to live”? People have asked these questions for centuries, but have not received answers. So isn’t it better to do what really requires answers, and not make plans to destroy any “enemies” and not dream of colonies on Mars ?!

Humanity cannot even know how exactly it appeared. As mentioned earlier, many people came to the conclusion that Darwin’s theory is one of the most objective and adequate, and took it for granted. But the teaching

The fact that man allegedly descended from a monkey is not an absolute fact. With the same success we can say that before the Ice Age there were no civilizations on Earth, and this information is one hundred percent. However, the question is immediately asked, was there any of the current experts personally at that time, and does he have the right to one hundred percent denial of the existence of pre-glacial cultures? The answer is no.

It turns out that no one has the right to deny hypotheses about ancient civilizations? Exactly. But this research is not being taken seriously. It is known that H.P. Blavatsky (a well-known woman scientist, historian and anthroposophist) wrote about the events before the Ice Age more than once and even created a new doctrine called Theosophy.

The people who studied Blavatsky’s “Secret Doctrine” were in many ways not professional experts. And it is not known exactly how she received information about prehistoric cultures and crypto-continents. According to one theory, her own servants could dictate this to her, and according to another, she really contacted ancient Indian sources worthy of discussion.

According to The Secret Doctrine, Darwinists are completely wrong in their theory. Moreover, Darwin himself, according to theosophists, is right in his theory of evolution. Meanwhile, Theosophy and Darwinism appeared literally at the same time and in the same century.

Modern science knows almost nothing about the truth of the position of the continents. People claim to have studied all the geophysical data of the Earth, but this is far from the case. Recently, anomalies associated with earthquakes and cataclysms have been observed on the planet.

Scientists either do not disclose the necessary information, or they simply do not know what was the cause of this. As for the continents and hypothetically existing parts of the land, this question is not even raised in the scientific communities.

Atlantis, Lemuria and Hyperborea, side by side with the continent of Mu (Pacifida), are equated with fantasy. However, none of the scientific communities organizes professional expeditions to search for crypto-continents. None of today’s billionaires spend huge fortunes studying prehistoric finds.

The fact that people could create civilizations long before the Ice Age is possible, true, since this is mentioned more than once in ancient sources. It is simply impossible to reject one hundred percent such hypotheses, since, again, no one has seriously studied this issue. On the same Pacific bottom, there may still be the remains of ancient cultures, but hardly anyone will climb to such a depth.

The conclusion follows from this. As Socrates once said, “I know that I know nothing”. Perhaps he meant not only himself, but the rest of humanity. And so, today, even despite all the technological advantages on our planet, people are still in the position of Socrates.

The great philosopher lived too much and tried to understand the essence of being and the origin of life, but could not do it. Humanity today has not gone too far from the era of Socrates. But if at the time of the ancient Greek schools of philosophy, technology did not allow to seriously engage in this kind of research, then today it is quite possible.

It’s just that modern people do not have such a desire. In our world, only two terms have become popular – money and influence. These two “chimeras” kill any passion for science and knowledge of our own planet. No one will invest billions in something that will not bring future profits or expand someone’s influence.

The search for ancient civilizations or life forms on Earth can initially lead to a fiasco, since this research is very difficult. Therefore, it is unlikely that in the near future there will be at least someone who will seriously engage in the search for answers.

As for the current situation with science and the thirst for knowledge, everything is very, very sad. The current superpowers spend their time and energy only on the possible struggle with each other.

The largest tycoons on Earth are mainly interested in making a profit, even if they already have hundreds of billions. Academic communities work mainly with an emphasis on the military industry and help governments to strengthen weapons.

Exploring our own planet is not part of the plans of the powerful. And it is possible that this will continue for a very long time.