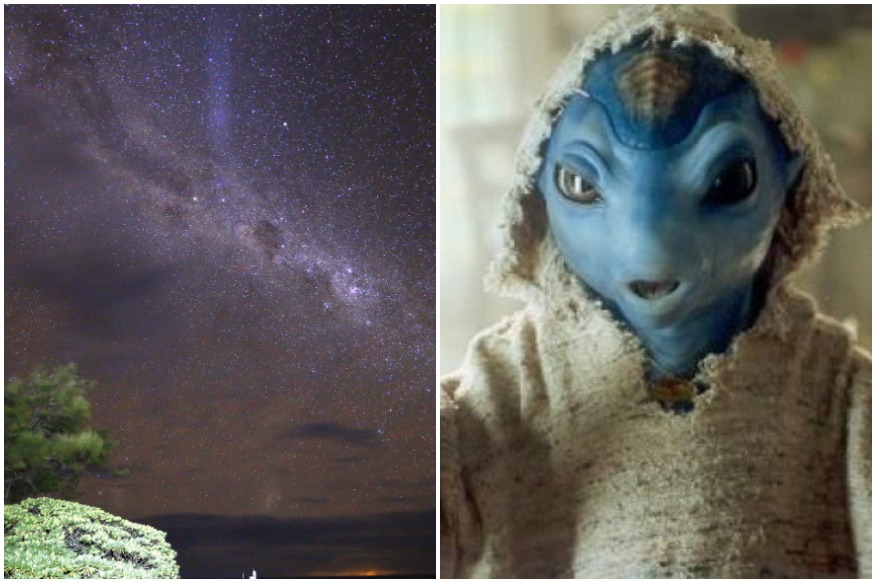 Wolfram points out that in order to compress more and more information into our communication signals, whether they are cell phone or computer conversations, we have removed all redundancy or pattern. If something in a signal repeats, it can be deleted. But this process of removing any pattern from a signal makes the signal seem increasingly random – in fact, much like the random “noise” of radio that rains on Earth from stars and interstellar gas clouds.

According to Wolfram, if one transmitted our own 21st century communication signals from space, it would be difficult to determine if they were artificial or natural. So what chance do we have of distinguishing ET communication from static general radio from the cosmos?

In his magnum opus, “ The New Kind of Science”(A New Type of Science), Wolfram, suggests that extraterrestrial intelligence is inevitably difficult to define and recognize.

But discoveries in a new kind of science show that such computation can indeed be produced by very simple underlying rules – of types that can occur in simple physical systems, with nothing like what we normally consider intelligence. The result is a new view of the character of intelligence and a collection of ideas about the nature of the goal, and to recognize it in the final extrapolations of technology.

As Harvard’s Avi Loeb suggested about Oumuamua, Hawaiian for “Messenger from Afar,” the first known interstellar object detected passing through the Solar System on 19 October 2017, ET artifacts could look far more like a natural artifact. Loeb made headlines around the globe in 2018 when he suggested that Oumuamua, with an extreme oblong shape as much as 10 times as long as it is wide, might actually be an alien spacecraft. An analysis of its trajectory suggests that the object came in from a place far beyond the solar system, somewhere in the constellation Lyra, heading towards the constellation Pegasus.

Astronomers around the world tried to detect radio signals to see if they could determine what it was. Was it a fragment of an ancient asteroid, a strange comet? Or was it something else? One possibility, Loeb suggests, is no more speculative than the existence of dark energy or dark matter.

It is easy to distinguish technological artifacts like a car from natural objects like a tree. The tree is much more complicated.

This is simply because our technological artifacts are primitive. As they become more complex (with computer processors that allow them to make moment-by-moment decisions) they begin to look as complex as trees, people, and stars.

We have little chance, he suggests, of distinguishing an ET artifact from a natural celestial object.

If Wolfram is right and ETs are out there but we will not be able to recognize them – either in their communications or their artifacts – then of course they could be here in the Solar System and we would not have noticed.

Wolfram thinks ETs won’t want to travel to Earth – or anywhere else. In Wolfram’s view, everything in the universe is the product of a computer program. In fact, he imagines a cyber virtual universe of every conceivable computer program, from the simplest to the most complex. This “computational universe” contains everything from the Apple Macintosh operating system to a program to create a faster-than-light starship.

Wolfram believes he has found nature’s big secret – how it generates the complexity of the world, everything from a rhododendron to a tree to a barred spiral galaxy by applying simple rules over and over again as a simple computer programs. Wolfram came to this remarkable conclusion in the early 1980s when he discovered that the simplest kind of computer program – known as a cellular automaton – can generate infinite complexity if its output is repeatedly fed back in as its input.

The great secret of nature

Wolfram found evidence that the kind of computer program that produces infinite complexity can be implemented not only in biological molecule systems, but in all kinds of physical systems — chaotic gas clouds, subatomic particle systems, and so on. He concludes that all over the Universe life – though definitely not life as we know it – will spring up spontaneously. It is a fundamental feature of matter.

The existence of this computational universe is crucial. But the reality is that it would be easier and more efficient for an extraterrestrial civilization to stay home and use a computer to search for useful programs in the computational universe, rather than trying to get the same information by looking for extraterrestrials to chat among the 200 Billion or more stars. in the Milky Way. “It’s a simple numbers game,” says Wolfram.

Everything is computer generated, and that includes you and me. Someone on the other side of Galaxy could have found the computer program for you and be talking to you right now.

In this article:computational universe, Oumuamua Paradox