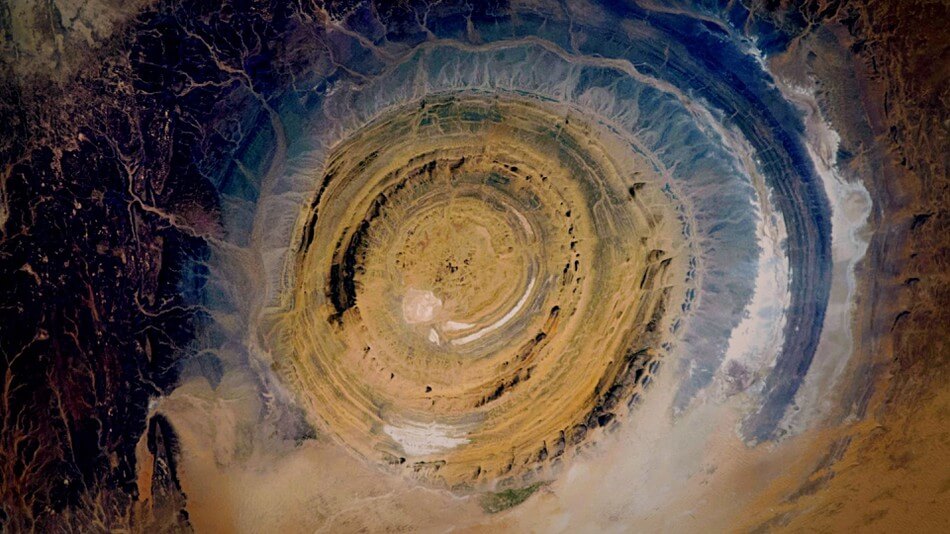 Jeff Hoffman has floated in the vacuum of space. He’s looked down at our planet from above, seen the whorls of clouds, the vast oceans, and the crowded cities as webs of light. Over five missions — including the first to the Hubble Space Telescope — Hoffman has spent 1,211 hours of his life in space.

“I believe there is life elsewhere in the universe,” Hoffman said in an interview.

Fewer than 600 of the nearly 108 billion people who’ve existed on this planet have seen it from orbit. That rare experience, along with their advanced science degrees, makes astronauts seem uniquely qualified to answer the question: Are we alone in the universe?

Several of them sat at a small conference table in Los Angeles, along with filmmaker Darren Aronofsky, at an event for the series One Strange Rock, which debuts Monday on National Geographic.

The film is no David Attenborough stroll through nature. Instead, Aronofsky (of Mother! and Black Swan fame) mainlines wonder, juxtaposing intimate images from Earth with sweeping shots from the International Space Station.

The theme is clear: Life on Earth is miraculous. Out of a nearly infinite combination of possibilities, the conditions were right for single-celled organisms to rise from inorganic material, which evolved sheltered by Earth’s magnetic field and ozone, with a bounty of oxygen and water to support them. 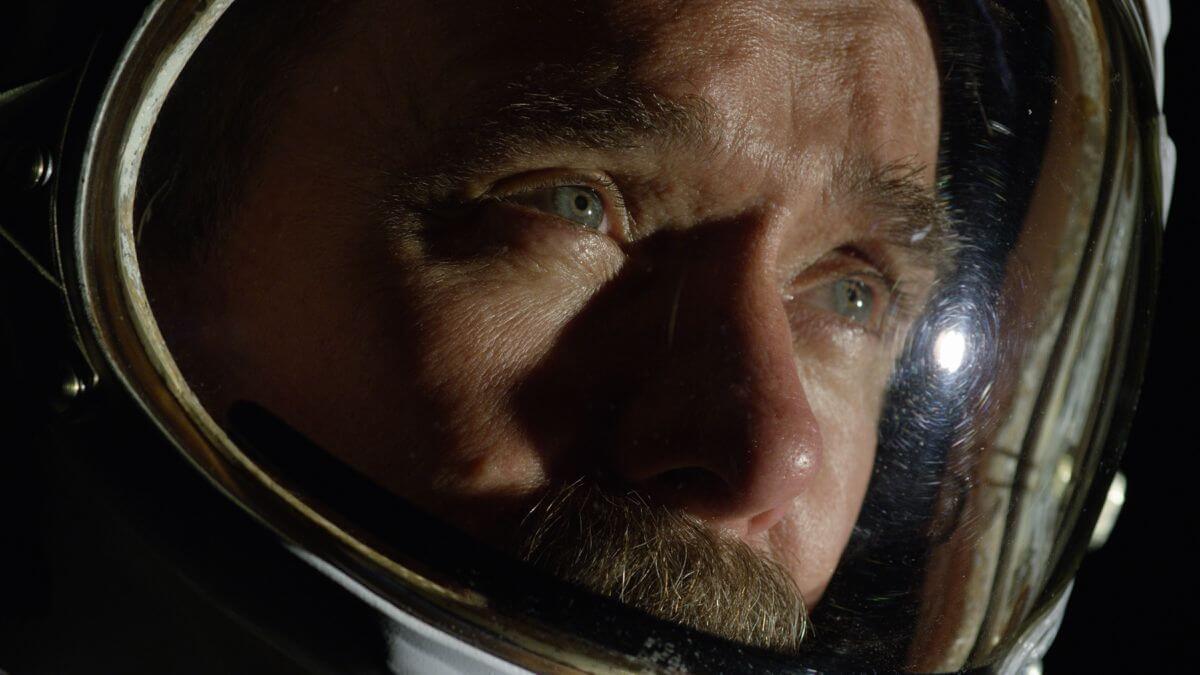 “You look at all these systems … and it’s amazing all the things that have to come together to make this grand reality happen,” Aronofsky said.

So, having seen the blue marble of Earth from space, do astronauts think there’s life on other planets?

The reason alien life seems likely is the same reason it’s so hard to find. The universe is big. So freaking big.

“We’ve basically proven that every star has planets,” said Canadian astronaut Chris Hadfield, who has spent 4,000 hours in space. “Then you start doing the math.”

The math isn’t easy. How many stars are in the universe? Well, that depends on the size of the universe. We’re able to observe the cosmic microwave background (CMB), radiation formed around 400,000 years after the Big Bang. It tells us the observable universe goes back around 14 billion years. But there could be something beyond the CMB, or even other universes contained in a massive “multiverse.”

If every one of those stars has at least one planet, then, well, it seems inconceivable that life wouldn’t exist elsewhere. 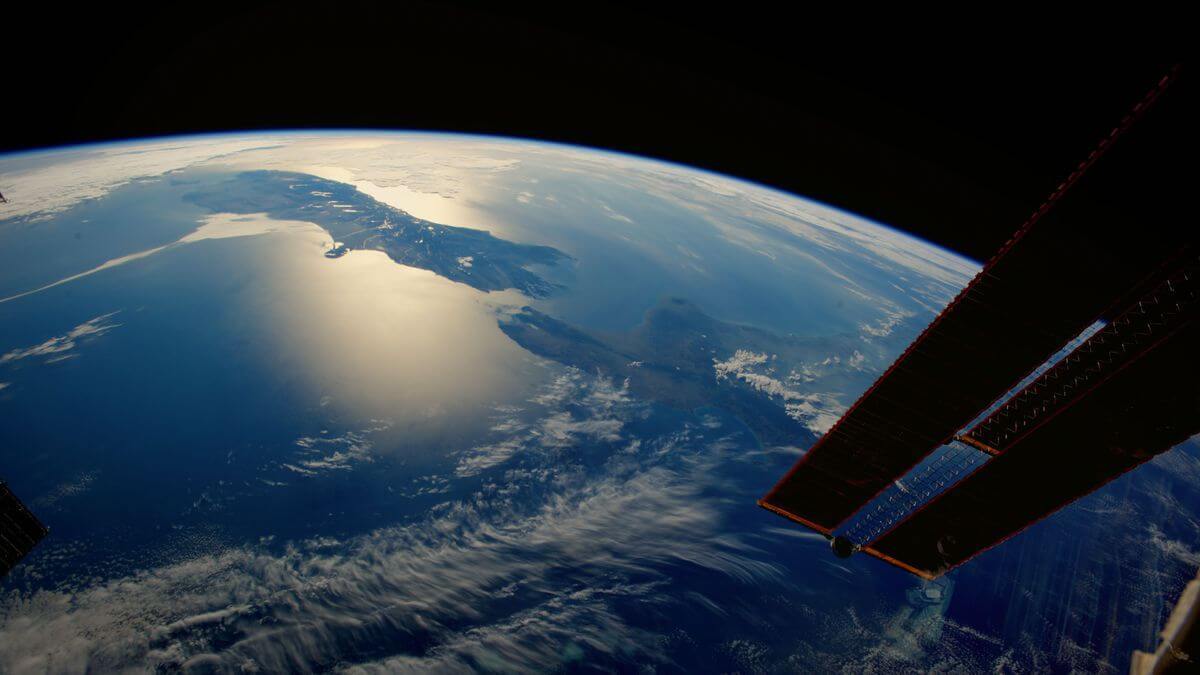 “We have to think through things to find the evidence,” Mae Jemison, the first African-American woman in space, said.Ah yes, that. Evidence.

Hoffman believes there is life out there.

“But as a scientist, I look for evidence,” he said. “And as yet, we have no evidence. So I have nothing to support my belief. But I still believe it.”

That’s the problem. Given enough planets — say,  a septillion or so — it seems inevitable that life would sprout on at least a few of them. But science doesn’t work that way. Earth could be totally unique.

There could be something special about our slice of the Milky Way, our solar system, and our planet that makes life possible here and nowhere else, however unlikely that may be.

The Kepler Space Telescope has discovered 2,342 “confirmed” exoplanets, 30 of which are “less than twice Earth-size in the habitable zone.” That’s not even a drop in the bucket. That’s a fraction of an atom of a drop in a bucket that’s massive beyond comprehension.

Sadly, right now, we can only look at a tiny sliver of the sky, which means that finding evidence of life in distant solar systems is unlikely. Seeing a UFO flying around… is probably not going to happen. (Sorry, Tom DeLonge.)

Luckily, we might not need to wait for radio waves from Proxima b. Proof of life could be closer to home.

“If we can find one fossil on Mars, or one little tube worm deep under the oceans of Europa or Enceladus, then the universe is full of life,” Hadfield said.

We’re constantly discovering life in places where it seems no life should exist. One Strange Rock ventures to Dallol, Ethiopia, where astrobiologist Felipe Gómez finds bacteria living in a lake of acid. It subsists on heavy metals and doesn’t need oxygen to live.

So it’s possible that something could survive under the ice of Jupiter’s moon Europa or Saturn’s Enceladus. In the immortal words of Dr. Ian Malcolm, “life, uh, finds a way.”

Don’t roll out the welcome wagon for Spock yet, though. We’re talking about NASA’s definition of life as “a self-sustaining chemical system capable of Darwinian evolution.” That doesn’t necessarily mean spaceships and ray guns.

The norm, pondered Hadfield, could be that “life is relatively common,” but “complex, intelligent life is rare.”

I guess that the United Federation of Planets is a long shot. But as the late, great Stephen Hawking once noted, maybe that’s a good thing.

In this article:aliens, astronauts, featured 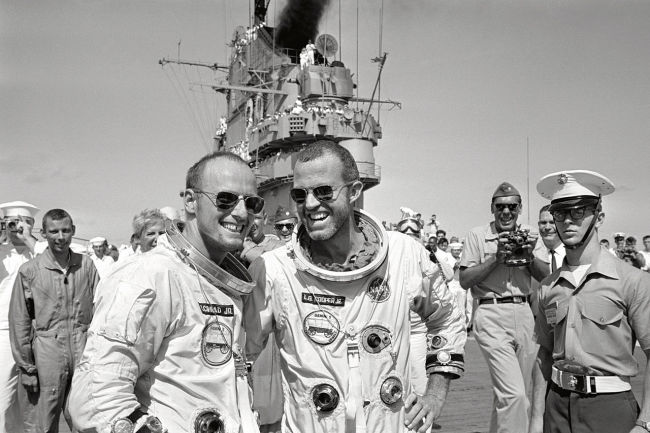 Astronauts and UFOs: The Conspiracy of Silence could not destroy even an open letter to the UN

The fact that astronauts observe UFOs during their flights has long been known. The first American astronaut John Glenn, who made three orbits around...