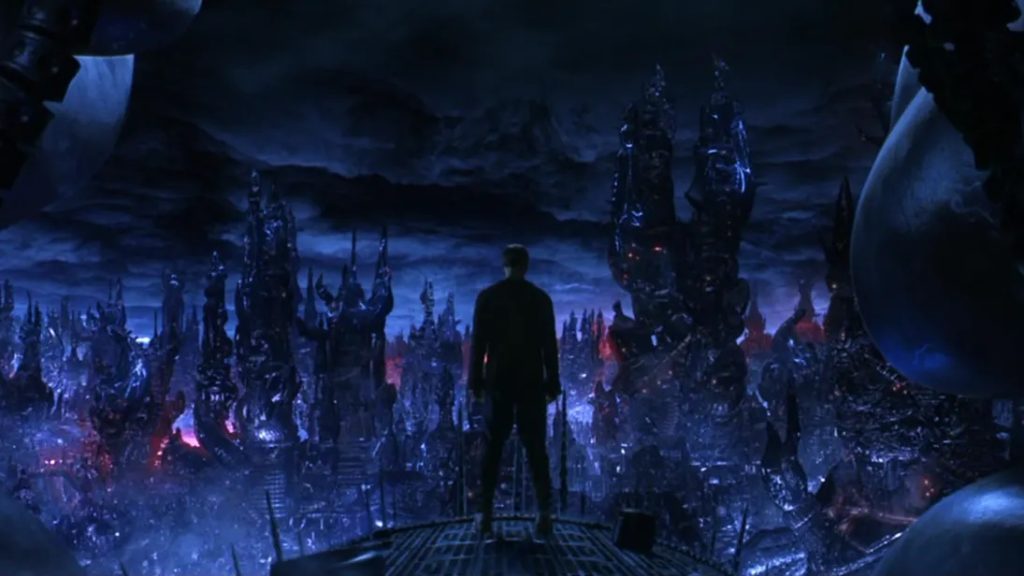 How real are you? What if all that you are, all that you know, all the people in your life, as well as all the events were not physically there, and this is just a very complicated simulation?

A group of scientists put forward the idea that our Universe may self-change and begin to exist.

Earlier, philosopher Nick Bostrom put forward a similar assumption in the article – Do you live in a computer simulation? – where he suggested that our entire existence may simply be the product of a very complex computer simulation conducted by highly developed creatures whose true nature we can never know.

Now a new theory has emerged that takes it one step further – what if there are no advanced creatures as well, and everything in “reality” is self-simulation that generates itself from pure thought?

The idea that we could all live in computer modeling – a concept popularized by the Matrix film – is certainly not new, but now scientists at the Los Angeles-based Institute for Theoretical Physics have taken another step forward with a new hypothesis, which certainly surprise you and make you think.

One important aspect that distinguishes this point of view is related to the fact that Bostrom’s original hypothesis is materialistic, considering the universe as initially physical. For Bostrom, we could just be part of an ancestral simulation created by posthumans. Even the process of evolution itself can simply be a mechanism by which future beings experience countless processes, purposefully moving people through levels of biological and technological growth. In this way, they also generate the alleged information or history of our world.

But where does the physical reality that would give rise to the simulation come from, the researchers wonder? Their hypothesis takes a non-materialistic approach, saying that everything is information expressed in the form of thought. As such, the Universe “realizes” itself in existence, relying on the underlying algorithms and the rule, which they call the “principle of an effective language.”

According to this proposal, the entire simulation of everything is just one “great thought.” – How would the simulation itself arise? She was always there, the researchers say, explaining the concept of “timeless emergence” (Emergence or emergence in system theory – the appearance of a system with properties that are not inherent to its elements separately; the system’s properties are not reduced to the sum of the properties of its components).

According to this idea, there is no time at all. Instead, there is only a comprehensive thought, which is our reality, offers an embedded semblance of a hierarchical order, full of “sub-thoughts” that reach all the way down the rabbit hole to basic mathematics and fundamental particles. The effective language rule, which assumes that people themselves are such “emergent sub-thoughts”, and they experience and find meaning in the world through other sub-thoughts (called “code steps or actions”) in the most economical way, also comes into force.

A new article, entitled “Interpreting the Hypothesis of Self-Simulation of Quantum Mechanics,” puts forward the idea that, instead of living in a simulation generated by a complex computer system, perhaps our “reality” is a mental “self-simulation” generated by the universe itself.

This means that the world and everything in it does not physically exist, but is an expression of the consciousness of the Universe, that is, the cosmos “self-actualizes” into existence.  This concept of reality also implies that time does not really exist; instead, the universe consists of a hierarchical order of thought and subconsciousness, encompassing everything from people and things to the fundamental particles and laws of physics.

Although many scientists consider materialism to be true, we believe that quantum mechanics may give a hint that our reality is a mental construct, says physicist David Chester.

Recent advances in quantum gravity, such as the vision of spacetime arising from a hologram, are also a hint that spacetime is not fundamental.

“In a sense, the mental construction of reality creates space-time to effectively understand itself, creating a network of subconscious entities that can interact and explore the totality of possibilities.”

Scientists attribute their hypothesis to panpsychism, which sees everything as thought or consciousness. The authors suggest that their “panpsychic model of self-simulation” may even explain the origin of a comprehensive panconsciousness at the fundamental level of modeling, which “self-actualizes in a strange cycle through self-simulation.”

This panconsciousness also has free will, and its various nested levels essentially have the ability to choose which code to update by making a syntactic choice.

What is the purpose of this consciousness? – Generate meaning or information.

If all this is difficult for you to understand, the authors offer another interesting idea that can connect your daily experience with these philosophical considerations. Think of your dreams as your own personal simulations postulating a team. Although they are fairly primitive (by the superintelligent standards of the future AI), dreams tend to provide better resolution than current computer simulations and are a great example of the evolution of the human mind.

As the scientists write, “What is most remarkable is the ultra-high resolution accuracy of these simulations based on the mind and the accuracy of physics in them.”

They especially point to lucid dreaming, where the sleeper realizes what is in a dream, as examples of very accurate simulations created by your mind that can be impossible to distinguish from any other reality. Right now, when you sit here and read this article – how do you really know that you are not in a dream?

The authors of the scientific article also write: We must think critically about consciousness and some aspects of philosophy, which are uncomfortable subjects for some scientists. When physicists humiliate those who work on such important issues, it only limits the likelihood of important achievements in fundamental physics. Accordingly, we share the opinion of the titans of modern physics, confirming the importance of this study:

Haldane : we do not find obvious evidence of the existence of life or reason in the so-called inert matter … but if the scientific point of view is correct, we will ultimately find them, at least in its infancy, throughout the universe.

Julian Huxley: Mind or something of nature as a mind must exist in the entire universe. This, it seems to me, is true.

Freeman Dyson : The human mind is already inherent in every electron, and the processes of human consciousness differ only in degree, and not in kind, from the processes of choosing between quantum states, which we call “random” when they are made by electrons.

David Bohm : It is understood that in a sense, rudimentary consciousness is present even at the level of particle physics.

Werner Heisenberg : Was it completely absurd to search for the ordering structures of this world “consciousness”, whose “intentions” were precisely these structures?

Andrei Linde : will it not happen that with the further development of science, the study of the Universe and the study of consciousness will be inextricably linked, and that final progress in one will not be possible without progress in the other?

John Bell : It is much more likely that a new way of seeing things will include a creative leap that will hit us.

Frank Wilcek : The relevant literature [on the meaning of quantum theory], as you know, is controversial and unclear. I believe that this will continue until someone constructs an “observer” within the framework of the quantum mechanics formalism; that is, a model entity whose states correspond to a recognizable caricature of conscious awareness.