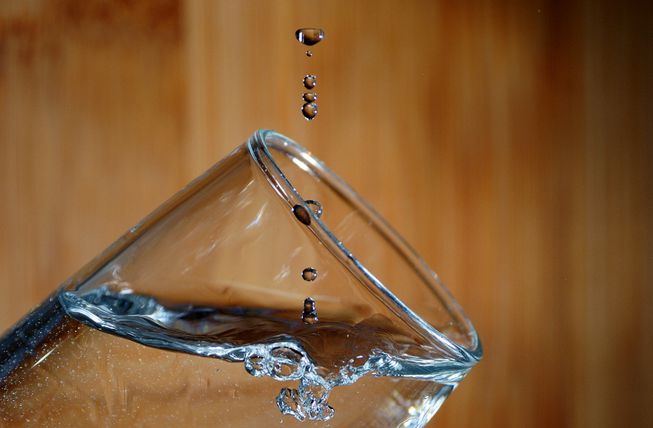 Water might seem ubiquitous and ordinary; it covers 71 percent of the Earth’s surface, not to mention being the primary fluid in most living organisms. But when you step back and look at water from the point of view of physics and chemistry, it’s truly an oddball molecule.

For one, water has a highly unusual density. Most liquids become more dense as they cool down, but after water cools past 39.2 degrees Fahrenheit, it defies this general rule and instead becomes less dense. By the time it freezes solid, the resultant ice actually floats on liquid water. Again, because water is so ubiquitous, you might not find this property weird, but solids are generally supposed to be denser than their liquid forms. Not so with water.

That’s not all. Water also has an unusually high boiling point, and an absurdly high surface tension to boot. Oh, and there’s also the property that makes water such a valuable substance for life: so many chemical substances dissolve in it that it’s often referred to as a “universal solvent.”

You’d think that with water’s importance, we’d have figured out why its properties are so uncanny. But the properties of water have actually remained largely unexplained. That is, until now.

Researchers from the University of Bristol and the University of Tokyo recently used a supercomputer to model the structure of how water molecules arrange themselves, and what they found might finally solve the mystery of this magical substance, according to a recent press release.

It turns out that at room temperature and as ice, water has a tetrahedral arrangement of molecules, which is essentially a pyramid shape, and it’s this shape that apparently gives water such amazing abilities. To test this, researchers were able to run computer models that arranged water molecules in other shapes besides the pyramid. What they found was that as soon as the tetrahedral arrangement was broken down, water began behaving more like a normal liquid.

“With this procedure, we have found that what makes water behave anomalously is the presence of a particular arrangement of the water’s molecules, such as the tetrahedral arrangement,” explained lead author John Russo.

He added: “We think this work provides a simple explanation of the anomalies and highlights the exceptional nature of water, which makes it so special compared with any other substance.”

The research was published in the Proceedings of the National Academy of Sciences.

In this article:nature of water