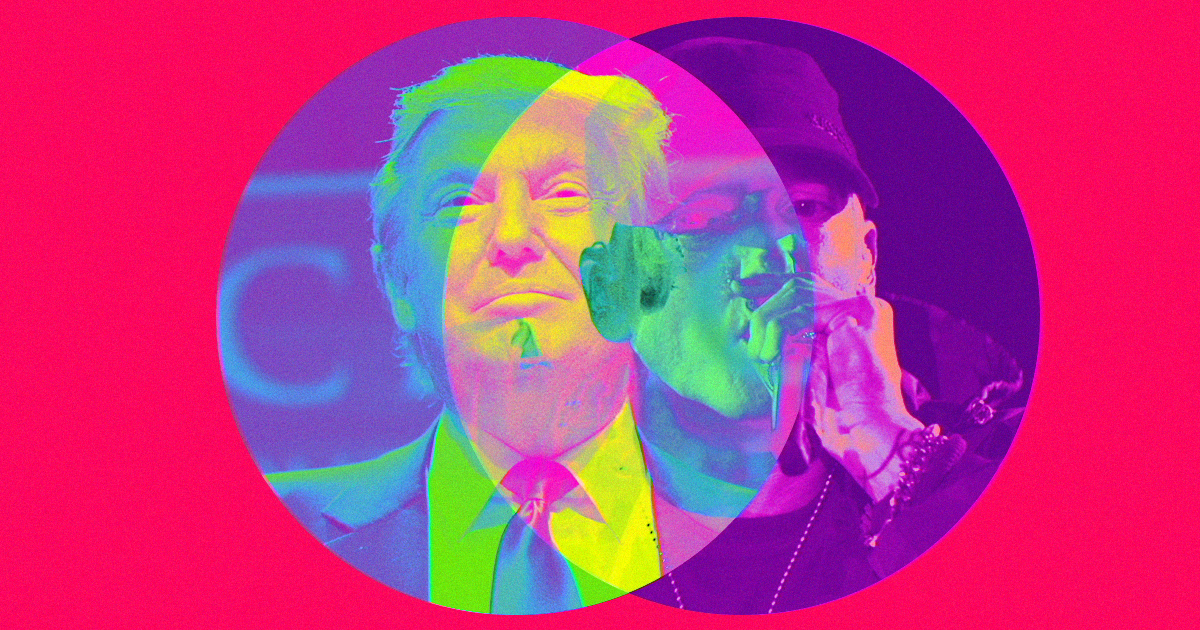 New audio of Trump singing Eminem’s “Lose Yourself” was uploaded to YouTube on Wednesday.

Thankfully, the unholy song is the work of a neural network — an AI algorithm trained on Trump’s voice and patterns of speech and tasked with churning out this cursed musical tribute.

The algorithm isn’t perfect — the video description says the algorithm didn’t have enough training data to replicate all of the lyrics.

As a result, some words are missing, and others are mispronounced — Trumpinem sings that “his palms are sweety” instead of “sweaty,” for instance. Also, the nature of making Trump’s voice keep to Eminem’s cadence means words get stretched or compressed, the audio equivalent of Trump rapping from the bottom of a well.

The cursed track comes courtesy of research published last year by Google’s AI labs, in which the researchers figured out how to train AI to generate speech that sounds like an actual person’s voice.

Playful audio tracks aside, the AI technology could be misused to make it seem as though people have said things they never did — a worrisome form of futuristic propaganda.