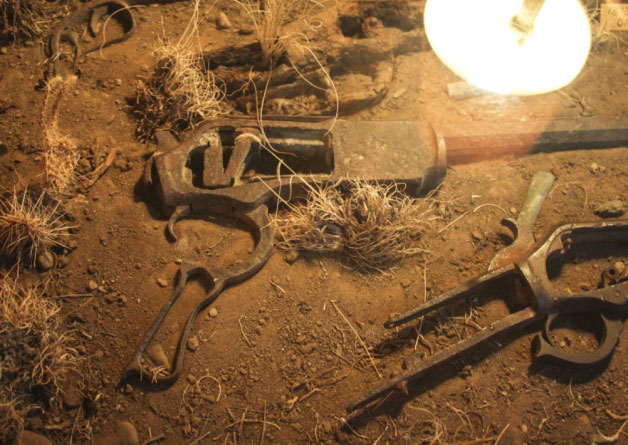 ONE day in 1922, near Broken Hill, Southern Rhodesia (now Zimbabwe), a skull was found. When it came to the attention of the British Museum, the curators were pleased.

It was, in fact, a Neanderthal skull, and Neanderthal bones did not exactly come ten-a-penny.

But the Broken Hill skull was special for other reasons. On the left side of the cranium was a small, perfectly round hole. At first it was assumed that it had been made by a spear, or other sharp implement, but further investigation proved that this had not been the case.

When a skull is struck by a relatively low-velocity projectile – such as an arrow, or spear – it produces what are known as radial cracks or striations; that is, minute hairline fractures running away from the place of impact.

As there were no radial fractures on the Neanderthal skull, it was unanimously concluded that the projectile must have had a far, far greater velocity than an arrow or spear. But what?

In short, whatever had hit the Broken Hill Neanderthal on the left side of his head had passed through it with such force that it had caused the right side to explode.

Researcher Rene Noorbergen, who investigated the mystery in his excellent book Secrets Of The Lost Races, commented: “This same feature is seen in modern victims of head wounds received from shots from a high-powered rifle.”

Noorbergen’s comments were more than appropriate, for forensic experts who have studied the skull in Berlin have since concluded that, “The cranial damage to Rhodesian Man’s skull could not have been caused by anything but a bullet”.

Compounding the mystery further is the fact that the skull of an ancient aurochs (an extinct type of bison) was found in Russia by the Lena River.

It, too, had been shot in the head, thousands of years previously, but had survived for some time, as the bullet hole had calcified.

This sensational discovery came to the attention of professor Constantin Flerov, curator of Moscow’s Palaeontological Museum of the USSR, who promptly put the skull on display.

Incredible though it sounds, we are faced with quite forceful evidence that, thousands of years ago, someone discharged a bullet into the skull of one of our anthropological cousins and also nearly killed a large mammal by the same method. But how could this be?

One obvious (but very radical) solution is to conclude that, contrary to what we have always understood, ancient man may have been technologically developed to a very high degree. Did a small but advanced civilisation develop the concept of ballistics long before the Chinese?

The problem with this idea is that it is too much of a coincidence. Could two separate societies, separated by thousands of years and a vast cultural gulf, have both invented weapons that just happened to fire small, cylindrical projectiles at high speed?

One colleague suggested to me that the only alternative is the possibility that someone from the future, carrying a firearm, travelled back into the past and engaged in some sort of trans-temporal hunting expedition.

This takes us perilously close to the realms of science fantasy, of course, but the fact is that the hole in the aurochs’ skull got there somehow.

In this article:Neanderthal, skull, Zimbabwe 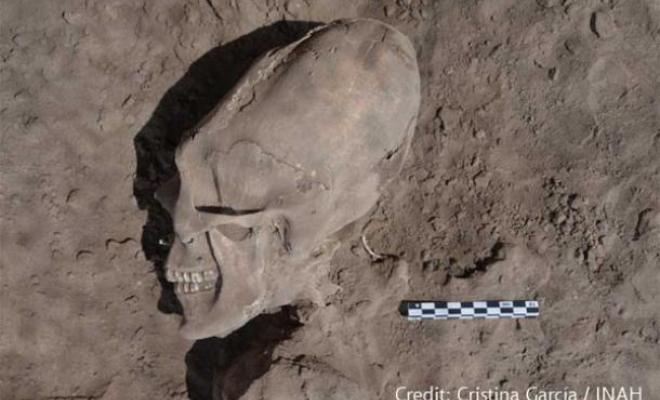 The 13 Alien-Like Skulls Found in Mexico

Archaeologists made a shocking discovery excavating the antique burial site “El Cementerio,” near the Mexican village of Onavas. 25 skulls we’re unearthed, 13 of... 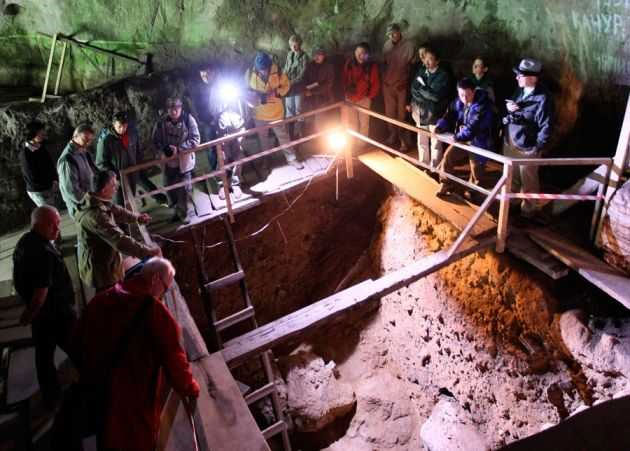 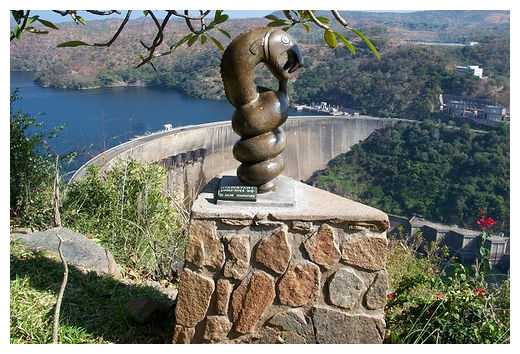 mythical serpent-like creature who lives in the murky depths of a lake and is the subject of countless childrens’ stories. Sound familiar? Meet Nyaminyami,... 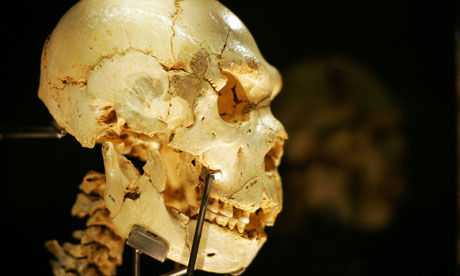