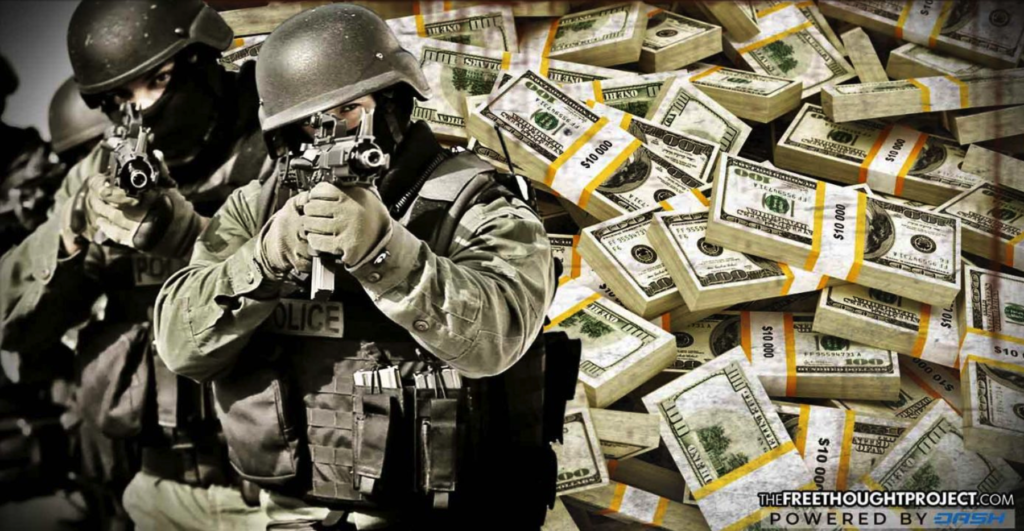 (Jay Syrmopoulos) As government attempts to track every purchase to increase their power, Australia is spearheading this war on cash by outlawing any purchases in cash over $10,000.

Canberra, Australia – The Australian government announced that it will soon be illegal to use more than $10,000 cash to purchase anything, forcing individuals that wish to buy more expensive items to use a cashier’s check or electronic transfer, ostensibly in the name of fighting organized crime and money laundering.

The move reportedly comes in response to the government’s Black Economy Standing Taskforce. In addition to the cash purchase ban, the government has allocated a $319 million package to the Tax Office to develop new strategies to target the black economy.

Treasurer Scott Morrison said the Black Economy Standing Taskforce will include a rigorous identification system and “mobile strike teams,” in an effort to detect people making suspicious cash transactions, as well as a black economy hotline for citizens to report anyone suspected of engaging in illegal transactions.

It said the task force had identified examples of “large undocumented cash payments being made for houses, cars, yachts, agricultural crops and commodities”, which contribute to the $50 billion black economy and “hurt honest businesses.”

Revenue Minister Kelly O’Dwyer said the ban on cash purchases of more than $10,000 would begin on July 1 of next year.

“This cash payment limit will capture high-value transactions and help stamp out opportunities for criminals to launder the proceeds of crime into goods and services, or for businesses to hide transactions to reduce their tax liabilities,” she said.

This of course is not a phenomenon unique to Australia, as there is an ongoing international “war on cash.” In the United States, Larry Summers, a former U.S. Treasury Secretary and Harvard president, pushed and effort during the Obama administration to abolish $50 and $100 bills. There has also been talk within the EU of doing away with the €500 note. India has already made such moves.

While the publicly stated reason for these policies is to fight criminals, terrorists, money launderers, drug dealer, etc., by making it more difficult for them to move cash, the actual reason for the international “war on cash” is to give government more control and power.

A report in The Atlantic explains that while some believe that a cashless system would be “simple and elegant,” there are ominous implications about further centralization of power that must be considered:

Federal, state, and local law enforcement, as well as tax authorities, want to bring as much of the economy under their direct supervision as possible. … Forget folks who like cash. Never mind worries about forcing us all to run all spending through a corrupt corporate-banking system. Never mind the resilience of having a medium of exchange in the non-digital world that works when the power grid is down, when one’s smart phone is dropped in water, when one’s identity is stolen by hackers, or one’s account frozen by Visa or Bank of America because a purchase on vacation was deemed suspicious.

Friedersdorf goes on to clarify how the elimination of cash could dramatically erode financial privacy; pointing to Supreme Court case U.S. v. Miller:

There is no legitimate “expectation of privacy” in the contents of the original checks and deposit slips, since the checks are not confidential communications, but negotiable instruments to be used in commercial transactions, and all the documents obtained contain only information voluntarily conveyed to the banks and exposed to their employees in the ordinary course of business.

In a report for Forbes magazie, founder Steve Forbes elaborates on this line of thinking:

The real reason for this war on cash–start with the big bills and then work your way down–is an ugly power grab by Big Government. People will have less privacy: Electronic commerce makes it easier for Big Brother to see what we’re doing, thereby making it simpler to bar activities it doesn’t like, such as purchasing salt, sugar, big bottles of soda and Big Macs.

The movement against cash is clearly about centralized control of the economy, as international bureaucrats believe they can control the global economy better than the free market.

Forbes goes on to explain:

The move to destroy cash feeds into the economic commissars’ fantasy that they can better control the economy. Policymakers in Washington, Tokyo and the EU think the reason that their economies are stagnant is that ornery people aren’t spending and investing the way they should. How to make these benighted, recalcitrant beings do what they’re supposed to do? The latest nostrum from our overlords is negative interest rates. If people have to pay fees to store their money, as they do to put their stuff in storage facilities, then, by golly, they might be more inclined to spend it. To inhibit cash hoarding—when Japan announced it was imposing negative interest rates, the sale of safes soared—the authorities will want to do away with large notes.

So, while governments like to use fear mongering about terrorism and drugs as a means of eliciting support for policies restricting the use of cash, the real motive behind these laws is clearly to give government more power. The ability to track every transaction provides an invaluable asset to a global spying apparatus (Five Eyes) that aims to sweep up all available information with no regard for the existence of individual privacy.

Jay Syrmopoulos  is a geopolitical analyst, freethinker, and ardent opponent of authoritarianism. He is currently a graduate student at the University of Denver pursuing a masters in Global Affairs and holds a BA in International Relations. Jay’s writing has been featured on both mainstream and independent media – and has been viewed tens of millions of times. You can follow him on Twitter @SirMetropolis and on Facebook at SirMetropolis.