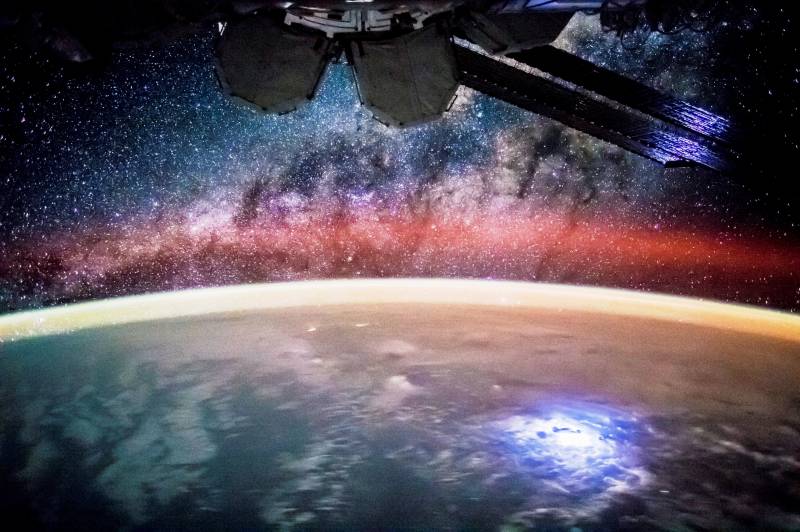 The war in Ukraine, in addition to the bloody tragedy it has caused, has incredible repercussions in almost all areas of human activity with the powerful of the planet grinding their teeth without finding any effective solution. As everything shows, this battle is not limited to the narrow confines of our planet but has been transferred to space.

America’s incredible rivalry with Russia over space has been known for years, but lately the situation has taken on other dimensions. Back in Match, the Russian space agency Roscosmos threatened through its head, Dmitry Rogozin, that it will stop its cooperation with NASA at the International Space Station, while it may reach the point of its collapse in the USA. Naturally, the answer soon came from NASA, as astronaut Scott Kelly said:

“Your space program is not worth one and you may be able to find work at McDonald’s if they continue to exist in Russia.”

The result was the Russian side releasing a video showing the Russian modules of the International Space Station disconnecting, with the Russians applauding the move.

Two months later, on May 12, 2022, a new video was posted on the Disclose Screen The Grimreefar YouTube channel, capturing a TR-3B or something similar:

The recording indirectly confirms many other videos of this type: if we assume that all this is computer graphics, then the graphics of multiple unrelated artists are somehow the same:

A similar craft was captured in Germany, back in 2021:

A few days ago, another unknown object was filmed over the city of Zapopan, in Mexico:

And another one in Cuernavaca, Mexico, over a military base. For a weather balloon or a UAV, the object performs impossible maneuvers, and as for a UFO, it looks somehow low-tech:

Another video was recorded on May 22, the same craft was first seen in Arizona, then in the state of New York. Light stripes are pulled out of the rod and if you watch the video carefully, it seems like operators are surrounded by black devices.

And then the unthinkable begins – two types of craft appear to be fighting each other:

As far as one can judge, the illustrious ace won in a deadly air battle in Arizona, but nothing more can be said about this because UFO technologies surpass all understanding:

UAVs with good cameras see such drones all the time, an ordinary disk with a diameter of 4-7 feet, which can be estimated from the width of the bridge over which it flies. But the speed of the object in question is somehow prohibitive.

Usually a good camera sees quite clearly drones moving at speeds of 1-1.5 miles per second – they are distinctively there in every frame, although this thing jumps over mile distances and it’s not very clear – is there such a wild speed or is the movement of the craft really dotted, through some kind of hyperspace?

In past years, ufologists would have had something to discuss and speculate on this topic. But now events have somehow accelerated and the aliens (or USA and Russia) do not allow people to calmly look through the telescope:

Either all these are alien craft of human technology, their density is unusual. It is as if the natives somewhere in the Pacific Ocean in the middle of the last century observed the preparation of the Japanese or Americans for war; today one iron bird flew by, tomorrow two, many iron birds the day after tomorrow, and a week later the island began to be bombed.