Would you drink vodka made around Chernobyl ?

A special type of ‘artisan vodka’ has been made from rye grown in the area of the Chernobyl nuclear disaster.

Named ‘Atomik’, the peculiar beverage was developed by an international team of scientists and contains both water and rye sourced from the irradiated area around the nuclear power plant.

Although the rye is “slightly contaminated”, the end product is supposedly safe to drink.

“This is no more radioactive than any other vodka,” said Prof Jim Smith from the University of Portsmouth.

“Any chemist will tell you, when you distil something, impurities stay in the waste product. So we took rye that was slightly contaminated and water from the Chernobyl aquifer and we distilled it.”

“We asked our friends at Southampton University, who have an amazing radio-analytical laboratory, to see if they could find any radioactivity.”

“They couldn’t find anything – everything was below their limit of detection.”

Even so, convincing consumers to purchase the vodka is likely going to be an uphill struggle.

This bottle of vodka was made from grain grown inside the Chernobyl Exclusion Zone https://t.co/xr2QIYIQ6z pic.twitter.com/HcrkHBvHlK 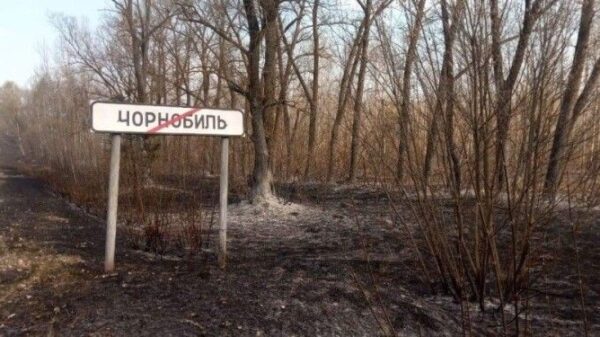 On the night of April 26 1986, a city of about 3 million people, located 100 kilometers north of Kyiv, was exposed to radiation...