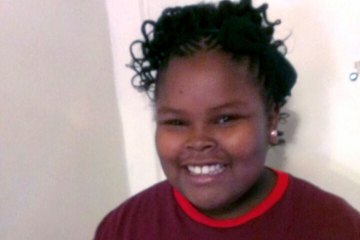 Thirteen-year-old Jahi McMath was declared brain dead after complications arising from a tonsillectomy, raising new questions about how we define brain death, and whether it’s time to revise our understanding of when brains can be revived, and when they can’t.

During her surgery, Jahi went into cardiac arrest, and a lack of oxygen to the brain that resulted in her brain death. She is being kept alive by a ventilator, but according to laws in all 50 states in the U.S., brain dead patients are considered deceased. Her doctors, and a judge in California, where the teen remains at Children’s Hospital in Oakland, concluded that McMath’s brain is unlikely to recover but her parents are fighting the hospital’s plans to disconnect her from life support equipment.

In cases like this— or those like the now eight-year-long coma endured by former Israeli prime minister Ariel Sharon and the skiing injury that has left Formula One champion Michael Schumaker comatose for nearly a week— everyone wants bright lines. We want to know if the person is conscious and suffering— and whether he or she can make a meaningful recovery. The rare but real cases where people do awaken from what doctors have labeled as brain death or irreversible coma only make the questions, and the need for answers, all the more urgent.

But the science of consciousness is far from black and white. For one, as philosophers have long noted, we don’t even know how to define it:  I know that I’m conscious, but there’s no way for me to reliably determine whether you are a zombie or a robot, even if I can image your brain. Is awareness of one’s surroundings, and the ability to respond to stimuli, consciousness? Or does consciousness imply something more? When does a baby become conscious? Is my cat conscious? No one really knows.

Only recently have we begun to understand how anesthesia blots out awareness— and even now, in about 1 in 10,000 cases, people do become conscious of the pain and paralysis they experience during surgery, without anesthesiologists being able to detect the problem and increase the medication.

What we do know, however, is that consciousness is not merely something that is present or absent. One recent study, which I wrote about for TIME, for example, explored people’s responses to random sounds like clicks or those that have meaning, like words, as they were given increasing doses of an anesthetic drug:

At low doses of propofol, they stopped responding to the clicks, but remained able to identify words.  This reflects the fact that the brain’s level of arousal isn’t simply related to objective factors like the loudness of a sound; instead, it’s the meaning of what you hear that the brain registers.  A meaningless noise like a click isn’t enough to cut through the increasing drowsiness being caused by the drug, but an important word that may require attention can.

“Probably your name is most salient verbal stimuli you hear,” says [Emery] Brown [professor of computational neuroscience at MIT],   “You can recognize it across the room in a noisy cocktail party.”  He notes that when performing surgery, he makes sure to ask the patient what they prefer to be called so that the medical team can use the name most likely to arouse the person when needed.

Similar findings emerged when scientists studied the brain activity of Ariel Sharon, the former Israeli prime minister, during his coma.  Although he has never woken up, he showed normal brain activity on an fMRI scan when listening to the voices of his family members compared to when those voices were scrambled into meaningless sounds.  But does that mean that he was in some way conscious?  Perhaps, as Dr. Nicholas Schiff, professor of neuroscience and anesthesiology at Cornell noted when we discussed this topic previously, it might help to think of consciousness as more of a spectrum rather than an all-or-nothing state. In fact, there are clearly levels of awareness, not just “aware” or “unaware.” “Consciousness is a brain process. It’s not an on-off switch, it’s an emergent property,” Schiff said.

That’s the latest thinking among neuroscientists about what distinguishes conscious brain activity and unconsciousness. They are also realizing that consciousness doesn’t seem to be entirely localized to any specific brain region.  While some areas are clearly more important than others, people don’t lose automatically lose consciousness when one particular brain area is shut down, but rather when multiple regions are disconnected from each other. How many connections need to be severed before consciousness becomes impossible— and which ones matter most and where— are questions that experts like Schiff are investigating.

MORE: Waking the Unconscious: The Latest Science on Awakenings

All of this means that finding a completely reliable indicator of the ultimate lack of consciousness— death— is difficult.  While some cases actually are black and white— there is simply no measurable brain activity at all in any region for long periods of time— the question of how to determine this remains a challenge.

For patients who fall into a coma, for example, the longer the coma lasts, the less likely the person is to regain any type of awareness.  But even in these cases, there are exceptions, as researchers found recently that some people who had been in comas for years could be awakened simply by being given the drug Ambien.

Such uncertainty makes cases like McMath’s all the more challenging, since it provides her family even a tiny sliver of hope. The wide range of outcomes, and the extent of unknowns about the brain, complicates medical decision making and undoubtedly adds to both financial and emotional costs. Could more patients showing some signs of brain activity be awakened by the right dose of a drug like Ambien at the right time? How do we know when to let go?

When our brains are functioning properly, we can appreciate the fact that it is a complex and perplexing wonder. But when they’re not, we tend to forget the intricacy with which they are built, and yearn instead for certainty and simplicity. Understanding the continuum that is consciousness may help us to reach a deeper understanding of what awareness is, how injury and disease can affect these states and ultimately, how to move patients safely from lower to higher states of consciousness. 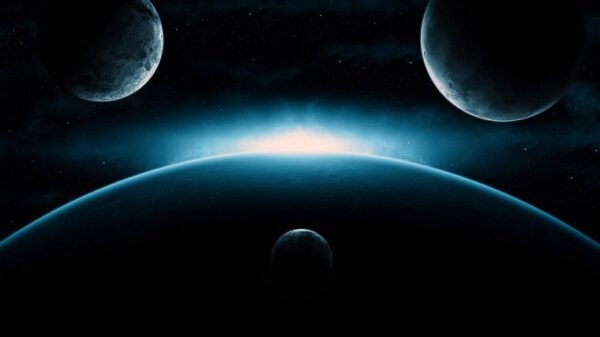