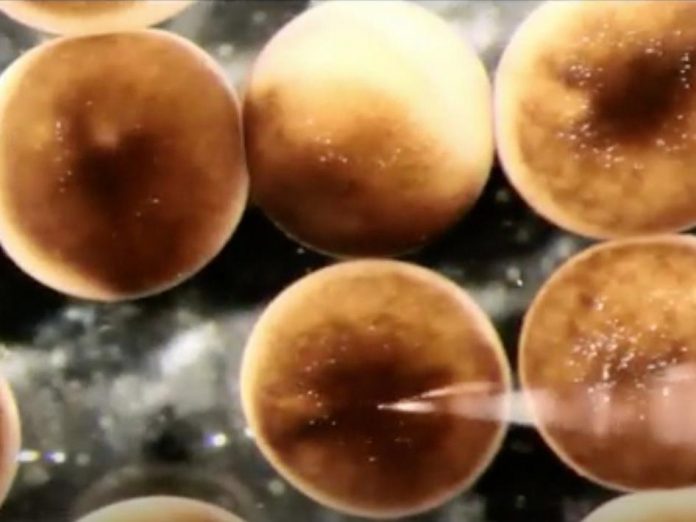 Researchers in the US have announced that they have created tiny living machines, a kind of biological robot that can be programmed to perform various tasks, from transporting medicines into the body to cleaning up toxic waste in the environment.

Artificial biological organisms (called xenobots) were created from living cells obtained from frog embryos, designed on a supercomputer, and then assembled into completely new millimeters of life. They can move on their own to a goal and self-heal after a cut.

The researchers, led by robotics professor Joshua Bogard of the Department of Computer Science at the University of Vermont, published this in the journal of the US National Academy of Sciences (PNAS). “These are innovative living machines. They are neither traditional robots nor any known species of animal. It is a new category of creation: a living programmable organization, “said Bongard.

“We can imagine various useful applications of these living robots, which other machines cannot do, such as dispatching in radioactive contaminated environments, collecting ocean-going microplastics, or cleaning the interior of arteries from the atherosclerotic plaque ,” Mike Levin said, director of the Center for Renaissance and Developmental Biology at Tufts University, according to the Athens News Agency.

Some artificial organisms have been created in recent years, but now, for the first time, according to researchers, “completely biological machines have been designed from scratch.” A special evolutionary artificial intelligence algorithm has helped to create and test thousands of candidate designs for new forms of life, until the best possible one is found. A supercomputer – led by the algorithm – has assembled again and again several hundred simulated cells, creating various test shapes and body shapes.

After the creation plan was finally selected, embryos from the embryos of the African frogs Xenopus laevis (hence the name xenobot) were used as raw material, which were microscopically assembled on the basis of the proposed computer design. Thus were created forms of life that do not exist in nature and are capable of moving on their own.

Just as some animals in nature can regenerate their cut parts, so too can the xenobot restore its integrity. “We cut the biological robot almost in the middle, but it reattached its two parts and kept moving. This is something that typical engines cannot do, “Bogard said.

“From a cellular and genetic point of view, xenobots are frogs. Their DNA is 100% derived from frogs, although they are not frogs. So one wonders what else these cells can make, “Levin said.

The groundbreaking research is funded through the Lifelong Learning Engines program by the now-existing US Pentagon’s Advanced Defense Research Programs Service (DARPA), which is apparently also monitoring military applications.

In this article:programmable organisms, supercomputers