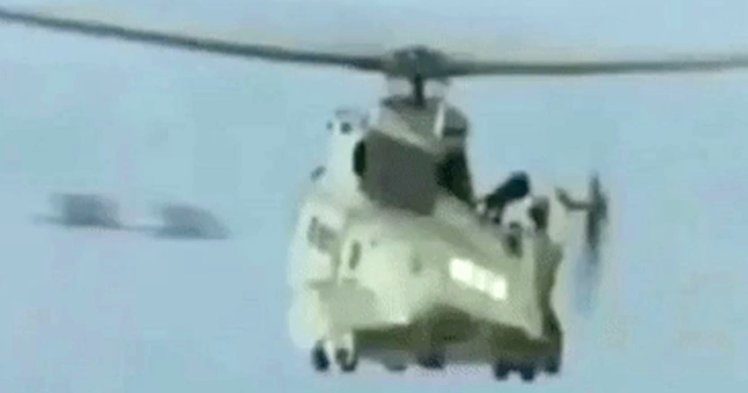 Bizarre footage shows two “UFOs” speeding past a helicopter before hovering over a crash site where survivors were being rescued.

The silver disc-shaped objects were captured on video flying behind the military chopper by a local news crew off the southwestern coast of France.

The startling footage from February 2014 has only just come to light after it was featured in a new book.

The UFOs and helicopter were seen when 12 people were rescued from a cargo ship, named the Luno, after it hit a seawall in Anglet, breaking into two pieces.

The ship was carrying fertilizer when its engine failed in the choppy Atlantic Ocean.

The UFOs flew in formation close to the chopper as if keeping watch on the rescue operation.

Jason Gleave, 46, who has studied the film of the UFOs, believes the objects are not drones or seagulls.

The former Royal Air Force member said: “Upon analyzing the footage, the twin objects pass to the rear of the helicopter at high velocity and dangerously close.”

“Other theories as to what they could be are possible drones or even birds, but unlikely drones because they would not normally operate in such a close dangerous proximity to the rescue helicopter, due to the volatile unpredictable weather conditions.”

“Upon closer analysis of the video frames, the two objects stay together in flight, in a tight compact formation not deviating from each other.”

He said: “Jason has been involved in researching and investigating UFOs and other mysteries (like many experts in this field, he uses the phrase ‘high strangeness events’ to describe a lot of this) for many years, but his particular area of expertise is imagery analysis.

“Jason has skill and experience in carefully examining photos and videos, sorting out the fact from the fiction.”

Advertisement. Scroll to continue reading.
In this article:UFO video