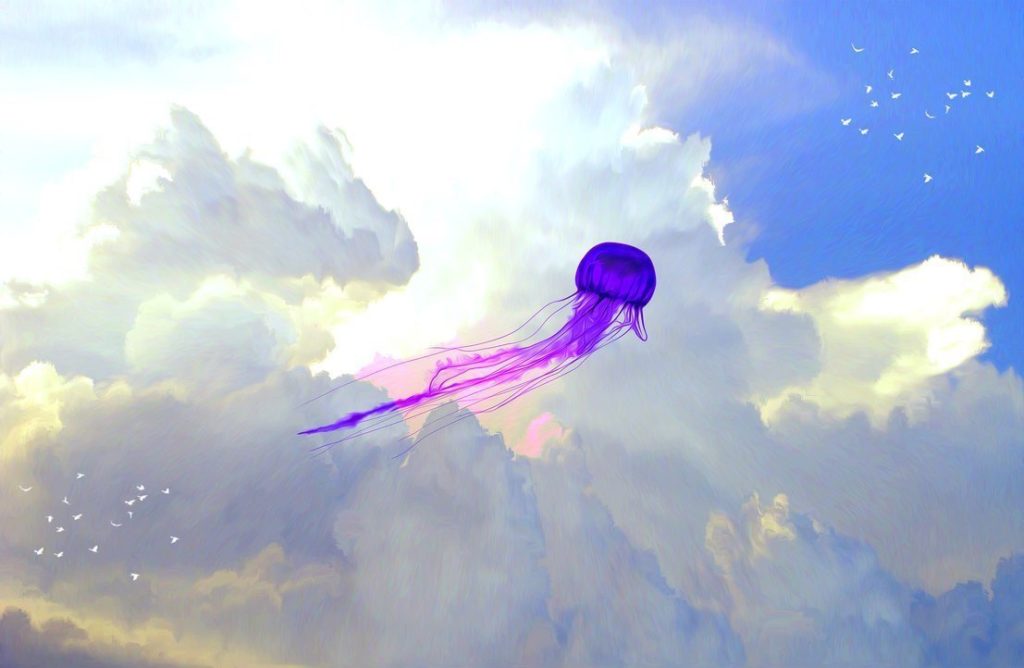 A UFO over a theme park in Los Angeles, California was spotted this week on March 8th. It would seem that such rings were noticed earlier and they even found a logical explanation that these are smoke rings, however, there are also serious US military reports that report that the UFO ring suddenly turned into a cloud in the shape of a plate above a military base.

In 1957, a UFO sighting was reported in Fort Belvoir. The report devoted 11 pages to this occasion. One morning in September 1957 in Fort Belvoir, Virginia, Private Armstrong was called by his colleagues from the barracks to see an approaching black ring-shaped UFO.

A private soldier grabbed his camera and took 6 pictures. After about 5 minutes, the black ring, which seemed to the soldier “hard”, began to “envelop” with “white smoke” and transformed into a dense object.

Jellyfish UFO flying over the city of Sao Paulo, Brazil

Last week, a UFO in the shape of a jellyfish was recorded in the sky over Brazil. The object had a semi-domed white body and long thick tentacles, similar to the tentacles of a jellyfish.

In the video we see hanging “tentacles”, but they do not move. If it were a balloon, the “ropes” would be shifted in the opposite direction from the wind, but they just hang there. That means no balloon.

A woman from Plymouth noticed six bright lights in the sky and has no idea what it is. Emma Snell said she dropped her husband off to work around 7am and parked in a parking lot on the Plymouth side of Tamar Bridge.

Looking ahead, she saw five bright lights in the sky – before the sixth “appeared out of nowhere.” Emma at first thought that these were the lights of military helicopters, but when she realized that the lights were not moving, she changed her mind and suspected that they might not even be from this world.

On March 9, 2020, a visitor to the Grand Canyon in Arizona took a photo of an object flying extremely fast. The UFO was not visible when the photograph was taken, and there was no sound. UFOs were discovered later by looking at the photographs taken.

The other day, on March 6, 2020, one of the local residents of Southern Arizona filmed an unidentified flying object, which, according to one version, could well fly out of a certain portal (worm hole), connecting our world with another one.

According to one version, an anti-gravity ship created by an alien civilization rushed through the sky.

Some users believe that secret military technology was tested in the skies over southern Arizona. According to ufologists, this is definitely not a bird or a terrestrial apparatus.