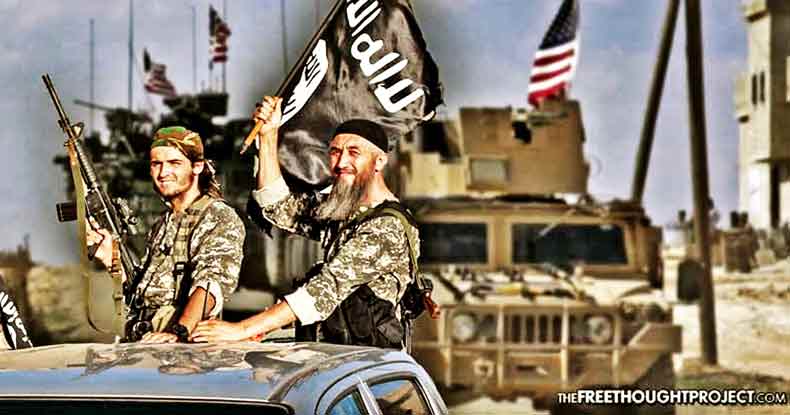 A recent USAID audit report found that some of its humanitarian programs for war-torn Syria and Iraq might have assisted terrorist groups. The assistance in question amounts to nearly $700 million.

The agency in charge of foreign aid provided by Washington has done a poor job to mitigate risks for its projects to end up in wrong hands, Official USAID Office of Inspector General (OIG) found. The paper, highlighting the risk of terrorists benefiting from US foreign assistance among other vulnerabilities, was published on September 25.

To provide help, USAID gives awards to public international organizations (PIOs) which then deal with the troubled areas. However, the way the organizations use the funds might have some flaws and does not fully comply with the 2008 State Department’s guidance. The latter is aimed to secure the money from assistance programs doesn’t land in the wrong hands helping terrorist groups, according to the report.

“The risk was not comprehensively assessed [by PIOs], such as the risk of terrorists benefiting from US foreign assistance”

Out of 19 awards the agency examined, only in 6 cases USAID employees followed the guidance with “due diligence.” The rest of the awards “was rigorously assessed” as the agency evaluated the potential risk as “low or not applicable.” In some cases, it just lacked standards to access them. Those 13 potentially risky assistance projects amount to staggering $697 million.

The US has been involved in the military campaign in Iraq and Syria for years now, with the stated goal to halt the rise of Islamic State terrorists. On Syrian soil, it has been done without any green light from Damascus, which maintained that Washington’s military campaign amounts to a breach of its sovereignty.

Washington has been also keen to support what it called “moderate opposition” in Syria with weapons. Such support has not always gone as planned, with some of the arms apparently ending up in the hands of terrorists.

In 2016, Jabhat al-Nusra unit commander Abu Al Ezz said that they receive American support through third countries. Moreover, the militants received TOW missiles directly from the US, he revealed.

Damascus itself has accused Washington of arming terrorists. Syrian diplomat Alaa Saeed Din Hamdan said in September that “hundreds of tonnes of weapons”  were transported “to end up in terrorists’ hands in southern Syria.”