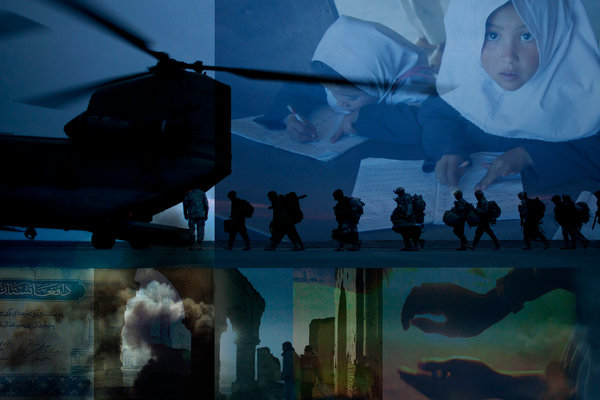 The Pentagon admitted a strategy to do so (here, here, here):

Therefore, the US caused the “war on terror” as a policy choice; 9/11 was pretense and not the cause.

The US rejects the rule of law, violates treaty obligations, killed over a million human beings from armed attacks since 9/11, and so far has long-term costs of $4 to $6 trillion to US taxpayers ($40 – $60,000 per household).

This rogue state of the US ends when enough Americans in military, law enforcement, government, media, education, and the general public have sufficient intellectual integrity and moral courage to accept the “emperor has no clothes” obvious facts.

This unlawful policy choice of the US for Wars of Aggression has killed 20-30 million people in covert and overt wars since 1945. It follows a long history of lie-began and treaty-violated wars of choice to steal land and resources, as I’ve reminded the public before:

1. The US regularly violated treaties with Native Americans, as well as manipulating their meaning for the purpose of stealing their land.

2. US President Polk lied to Congress to initiate a War of Aggression in Mexico. The result was the US taking 40% of Mexico in 1848. This occurred despite Abraham Lincoln’s crystal-clear explanation as a member of Congress that the Adams-Onis Treaty placed the “border dispute” 400 miles within land forever promised to Mexico and forever promised as outside any US claim.

3. The US violated our treaty with Hawaii and stole their country in 1898.

4. The US reneged on promises of freedom after the Spanish American War to impose our rule on the Philippines and install US-friendly dictators in Cuba.

5. The US entered WW1 upon no national security threat to the US and put the 3rd party presidential candidate in prison for public speeches questioning the war.

6. The CIA had several covert wars; perhaps most important in today’s context of war on Iran: “Operation Ajax” that overthrew Iran’s democracy and installed a US-friendly and brutal dictator. When that dictator was overthrown and Iran refused another, the US aided Iraq to unlawfully invade and attack Iran from 1980-1988; killing up to a million Iranians. If the US lied and acted twice to unlawfully overthrow Iran’s democracy within our own lifetimes, shouldn’t we assume first another lie-started unlawful war today? Upon confirmation of the lies (documented below), shouldn’t we arrest the US War Criminals rather than allow them to kill again?!?

7. The Vietnam War occurred after the US allowed the cancellation of an election to unify the country, as escalated with the Gulf of Tonkin incident: false intelligence at best, but then manipulated into a false-flag event for a “defensive” war.

8. Perhaps most disturbing is the King Family civil suit that found the US government guilty in the assassination of Dr. King. Corporate media, including our text publishers, omit this history. The King family’s conclusion is that Martin was assassinated to prevent his “Occupy DC” plan beginning for the sumer of 1968 to end his version of today’s wars.

9. We now know from Congressional reports that all “reasons” for war with Iraq were known to be false as they were told.

Advertisement. Scroll to continue reading.
In this article:terrorism, US