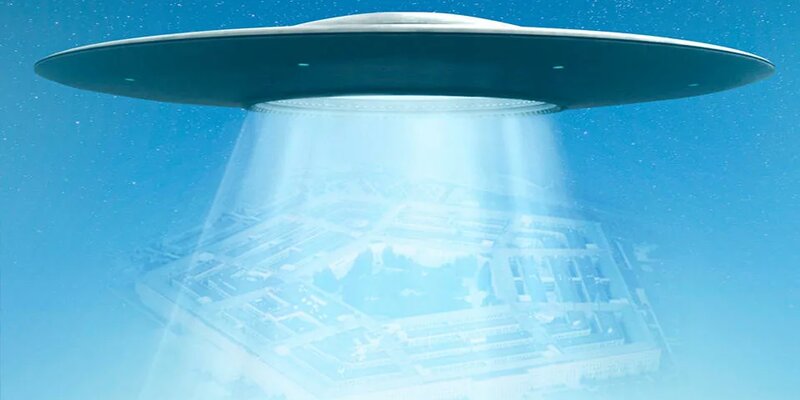 On June 25, the US intelligence agency released a 9-page report on UFOs . The report showed that since 2004, the US Department of Defense has recorded a total of 144 UFO sightings. Only one of them can be explained, and the other events remain a mystery. These Unidentified flying objects could pose problems for the national security of the United States.

The United States has a long history of UFO research, and modern times can be traced back to the Cold War. In 1952, the US Air Force established the “Blue Book Project.” In 2007, the U.S. Department of Defense established a secret UFO research team to regularly send reports of anomalies to the Ministry of Defense.

Now the U.S. Office of the Director of National Intelligence (ODNI) has released a UFO report, which records a series of mysterious flying objects that have been sighted in restricted U.S. military airspace over the past few decades. It notes that the US government has suffered 144 cases of alleged UFO sightings that have not been adequately explained.

On June 26, ODNI stated in a report submitted to Congress that out of 144 UFO sightings, only one could be explained, and the other incidents remained a mystery.

The report stated: “According to the appearance and scope of behavior described in the existing report, there may be multiple types of “unidentified aerial phenomena” (UAP) that require different interpretations.”

“Due to limited data or challenges in collection and processing/analysis, most of the UAP phenomena described in our dataset may still be undetermined, but we may need additional scientific knowledge to successfully collect, analyze, and characterize some of them (UAP).” The report added.

In response to UFO incidents that have long attracted the public, this report rarely publicly stated what the U.S. government already knows and does not know.

The paper stated that of the 144 UAP cases, 18 involved observer reports of “unusual UAP movement patterns or flight characteristics.”

The report said: “Some UAPs seem to remain stationary in the high-altitude wind, move against the wind, suddenly move in a specific way or move at a fairly rapid rate, but there is no obvious way to advance.”

Investigators found no evidence that the sightings represented extraterrestrial life, or major technological advancements of foreign opponents such as Russia or the CCP.

US official: Most sighted objects are “physical objects”

“In the 144 reports we are processing here, we have no clear indications of any explanations from outsiders, but we will follow the direction guided by any data.”

The official told reporters on Friday, but investigators were also convinced that most of the objects in the sightings were “physical objects.”

“We absolutely believe that what we are seeing is not just sensor artifacts. These are things that exist physically.” The official said.

He also pointed out that 80 of the reported incidents included data from multiple sensors. In 11 cases, investigators believed that the (UFOs) were in danger of almost colliding with US personnel.

Most UFO sightings occurred in the US military training and testing grounds. According to the report, this may be due to excessive concentration, the increase in the number of the latest generation of sensors in these areas, and collection bias caused by personal expectations.

“Unidentified aerial events are a safety concern and can be a challenge to US national security. Security concerns are mainly due to the fact that pilots are dealing with increasingly congested airspace,” the document says.

The U.S. official said that most of the 144 UAP sightings covered in the report were recorded by U.S. Navy pilots; although there were some reports from other U.S. government sources, investigators found obvious “reports” when inspecting the data set deviation”.

“The various phenomena we observed were eventually classified as UAP. But there is no single explanation for UAP.”

In 143 unexplainable cases, investigators simply lacked the necessary data to classify the cases.

Senator: The report is only the first step

Marco Rubio, the deputy chairman of the Senate Intelligence Committee, has always supported the release of UFO reports. On Friday, he said in a statement:

“For many years, we have trusted men and women who defend our country to report that they have With outstanding capabilities and unidentified aircraft, their worries have often been ignored and ridiculed over the years.”

“This report is an important first step in classifying these incidents, but it is only the first step.” Rubio added, “Before we truly understand whether these aerial threats constitute a serious national security issue, the Department of Defense and the intelligence community There is still a lot of work to be done.”

The Chairman of the Senate Intelligence Committee, Mark Warner, also stated in his own statement that Friday’s “quite uncertain report only marks the beginning of efforts to understand and clarify the reasons for these risks to aviation in many parts of the country and the world.”.

The Pentagon stated in a separate statement on the report that the department “takes (UFO) intrusion reports very seriously-any identified or unidentified aerial objects-and conducts investigations.”

Pentagon spokesperson John Kirby said that following the release of the report, Kathleen Hicks, the Deputy Secretary of Defense, instructed the Office of the Deputy Secretary of Defense, which is responsible for intelligence and security, to develop a plan to make last year The established Pentagon task force is currently working on formalization.

Kirby said in a statement:

“The plan will be formulated in coordination with various departments of the Department of Defense, including the military department and combat command, as well as ODNI and other inter-agency partners.”

“The plan will establish procedures for the simultaneous collection, reporting, and analysis of UAP; provide recommendations to ensure the scope of military testing and training; and determine the establishment and operation of new DoD follow-up activities to lead this work, including coordination, resources, Staffing, authority and implementation timetable, etc.”

This is the first UFO report in half a century issued by US intelligence at the request of Congress.

In this article:pentagon UFO report, US intelligence agenc