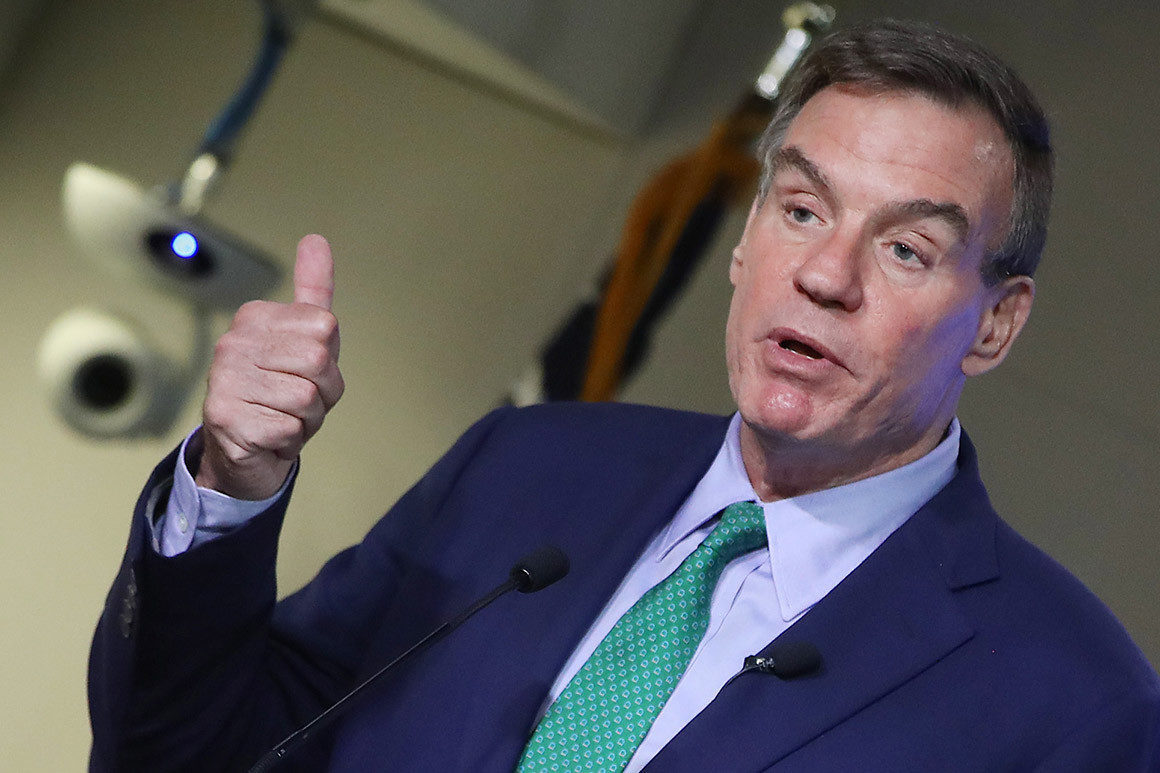 “If naval pilots are running into unexplained interference in the air, that’s a safety concern Senator Warner believes we need to get to the bottom of,” Sen. Mark Warner’s spokesperson said.

Three more U.S. senators received a classified Pentagon briefing on Wednesday about a series of reported encounters by the Navy with unidentified aircraft, according to congressional and government officials – part of a growing number of requests from members of key oversight committees.

One of them was Sen. Mark Warner (D-Va.), the vice chairman of the Senate Intelligence Committee, whose office confirmed the briefing to POLITICO.

“If naval pilots are running into unexplained interference in the air, that’s a safety concern Senator Warner believes we need to get to the bottom of,” his spokesperson, Rachel Cohen, said in a statement.

The interest in “unidentified aerial phenomenon” has grown since revelations in late 2017 that the Pentagon had set up a program to study the issue at the request of then-Sen. Harry Reid (D-Nev.). Officials interviewed multiple current and former sailors and aviators who claim to have encountered highly advanced aircraft that appeared to defy the laws of aerodynamics when they intruded on protected military airspace – some of which were captured on video and made public.

The Navy has played a prominent role in light of the testimony of F/A-18 pilots and other personnel operating with the USS Nimitz aircraft carrier battle group off California in 2004 and the USS Theodore Roosevelt in the Atlantic in 2015 and 2016.

The growing congressional interest is credited for playing a major role in the service’s recent decision to update the procedures for pilots and other personnel to report such unexplained sightings, which POLITICO first reported in April.

“In response to requests for information from Congressional members and staff, Navy officials have provided a series of briefings by senior Naval Intelligence officials as well as aviators who reported hazards to aviation safety,” the service said in a statement to POLITICO at the time.

The Navy had no immediate comment on Wednesday, and few details of the latest secret sessions were available.

They come several days after President Donald Trump told ABC News that he, too, had been briefed on the reports. “I did have one very brief meeting on it,” he said. “But people are saying they’re seeing UFOs. Do I believe it? Not particularly.”

But several current and former officials with direct knowledge describe the Capitol Hill briefing as the latest for members of Congress and their staff representing the Intelligence, Armed Services and Defense Appropriations panels.

“There are people coming out of the woodwork,” said one former government official who has participated in some of the meetings.

A current intelligence official added: “More requests for briefings are coming in.”

The sessions have been organized by the Navy but have also included staff from the under secretary of Defense for Intelligence, the sources said. Both were not authorized to talk publicly about the briefings.

Advocates for giving the mystery greater attention say they hope Congress will take more formal steps, such as requiring the Department of Defense to collect and complete a detailed analysis of data collected by satellites and other means of unidentified craft intruding into military airspace or operating under the sea.