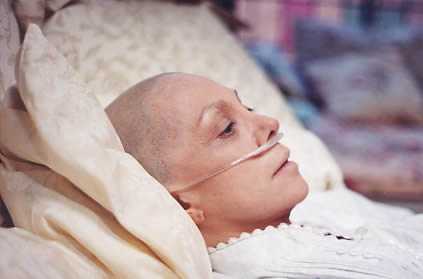 Chemotherapy can damage healthy cells? Say it isn’t so? You don’t need a degree to figure this one out. Poison kills indiscriminately– always has and always will. While damaging healthy cells, chemotherapy also triggers them to secrete a protein that sustains tumour growth and resistance to further treatment. Researchers in the United States made the “completely unexpected” finding they claimed while seeking to explain why cancer cells are so resilient inside the human body when they are easy to kill in the lab.

Only through the forces that have carefully conspired to thwart meaningful advances in cancer research and treatment over the past century has chemotherapy succeeded. In what reality do we live in when cut, poison and burn are the only ways acceptable to treat cancer?

No chemotherapy drug has ever actually cured or resolve the underlying causes of cancer. Even what mainstream medicine consideres “successful” chemotherapy treatments are only managing symptoms, usually at the cost of interfering with other precious physiological functions in patients that will cause side effects down the road. There is no such thing as a drug without a side effect.

They tested the effects of a type of chemotherapy on tissue collected from men with prostate cancer, and found “evidence of DNA damage” in healthy cells after treatment, the scientists wrote in Nature Medicine.

Chemotherapy works by inhibiting reproduction of fast-dividing cells such as those found in tumours.

The protein was taken up by tumour cells neighbouring the damaged cells.

“WNT16B, when secreted, would interact with nearby tumour cells and cause them to grow, invade, and importantly, resist subsequent therapy,” said Nelson.

Rates of tumour cell reproduction have been shown to accelerate between treatments.

“Our results indicate that damage responses in benign cells… may directly contribute to enhanced tumour growth kinetics,” wrote the team.

The researchers said they confirmed their findings with breast and ovarian cancer tumours.

Patients with incurable cancers are promised much greater access to the latest drugs which could offer them extra months or years of life, however many doctors have been urged to be more cautious in offering cancer treatment to terminally-ill patients as chemotherapy can often do more harm than good, advice supported by Nelson’s study.

The National Confidential Enquiry into Patient Outcome and Death (NCEPOD) found that more than four in ten patients who received chemotherapy towards the end of life suffered potentially fatal effects from the drugs, and treatment was “inappropriate” in nearly a fifth of cases.

More than half of all cancer all patients suffer significant treatment-related toxicity. Treatment can also result in life-threatening infections or patients may simply die of their cancer.

When asked about how to improve a patient’s response and outcome, Nelson replied “”alternatively, it may be possible to use smaller, less toxic doses of therapy.”

The bottom line is that chemotherapy destroys virtually all cells and systems before getting to the actual cancer. This means your central nervous system, organ systems and your immune system (to name just a few) are all compromised even years after the treatment has subsided. Forget about cancer killing you because chemotherapy will do a much better job in the long term.

Chemotherapy causes healthy brain cells to die off long after treatment has ended and may be one of the underlying biological causes of the cognitive side effects — or “chemo brain” — that many cancer patients experience.

Conventional cancer treatment is a massive and expensive fraud–a non-treatment that sickens and kills more people than it ever “cures.” It can never cure anything because it poisons the body which only causes more disease in the future.

The question [of whether or not chemotherapy really extends life, ed.] can probably no longer be answered. In clinical studies the manufacturers always compare their new drugs with older cellular poisons. There are no control groups that are given no treatment at all.

In order to be allowed onto the market, it suffices to achieve a “statistically significant” advantage in one small group of hand- picked test subjects vs. those treated with some already approved cellular poison.