We are talking about the “Roswell incident” when in 1947 a balloon crashed in the USA, which was used to record sound waves from Soviet nuclear tests. The military hid the origin of the wreckage, which gave rise to many conspiracy theories.

US President Donald Trump promised to think about removing the secrecy stamp from materials about unidentified flying objects and the “Roswell incident.”

In an interview dedicated to Father’s Day, to his son Donald Trump Jr., which was broadcast on Thursday, the American leader said that many asked him a question about UFOs.

“Millions of people want to go there and see. I won’t tell you that I know about it, but it’s very interesting.”

The son of a Republican asked him if he was prepared to declassify materials about UFOs and the “Roswell incident.” “I have to think about it,” Trump answered.

On July 4, 1947, the so-called Roswell incident. A balloon crashed on a ranch near Roswell, New Mexico, which was used to record sound waves from Soviet nuclear tests as part of the US Air Force’s secret Mogul project. The military hid the origin of the wreckage, which gave rise to many conspiracy theories widely circulated by local and then national media – in particular, about the extraterrestrial origin of the crashed “unidentified apparatus.”

At the end of April, the Pentagon published videos of the US Navy, which, as noted in a press release, captured “air events” that were described as “unidentified.” We are talking about shots taken by the crews of American military aircraft in November 2004 and January 2015.

As noted in the message, the videos got into the network back in 2007 and 2017, but then the Ministry of Defense did not give their permission to publish them, although the authenticity of the records of the US Navy was subsequently recognized.

At the end of 2017, it became known that the Pentagon had a classified program for collecting and analyzing data on “anomalous aerospace threats.” In 2007-2012, $ 22 million was allocated for it. At first, the program was administered by the intelligence department of the US Department of Defense.

Not the only US politician announcing a UFO in Roswell

It is worth noting that Donald Trump is not the first American politician to promise to declassify UFO information during the pre-election period. During the 2016 campaign, a similar statement was made by Trump’s main rival, former US Secretary of State Hillary Clinton.

During an interview on Jimmy Kimmel’s program, she was asked a similar question about UFOs. In response to him, the former first lady clarified that “now it is called differently.”

“These are unidentified air phenomena, illegal armed groups, such is the new nomenclature,” Clinton said.

Then the politician said that if she wins the election, all information about such phenomena will be declassified, if this does not affect the sphere of national security.

A similar promise in 2019 was made by another candidate from the Democratic Party – Socialist Senator Bernie Sanders. In an interview with TV presenter Joe Rogan, he noted that if he heads the state, he will definitely declassify UFO documents, as his wife constantly asks about this.

Recall also that during the 1976 campaign, the future 39th president, Jimmy Carter, did not hesitate to say that in 1969 he witnessed the appearance of UFOs in the state of Georgia and even turned to the NICAP ufological organization with testimonies.

In this article:Donald Trump, Roswell incident 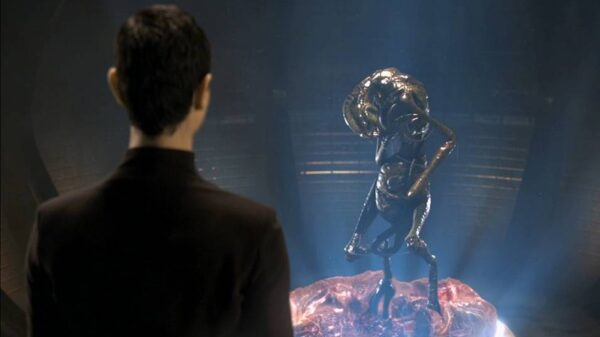 “Visitors from another planet”: the story of how the world first encountered a UFO

Green men, flying saucers and space. June 24 is the day of awareness of the “undoubted existence of UFOs” around the world. On this day...