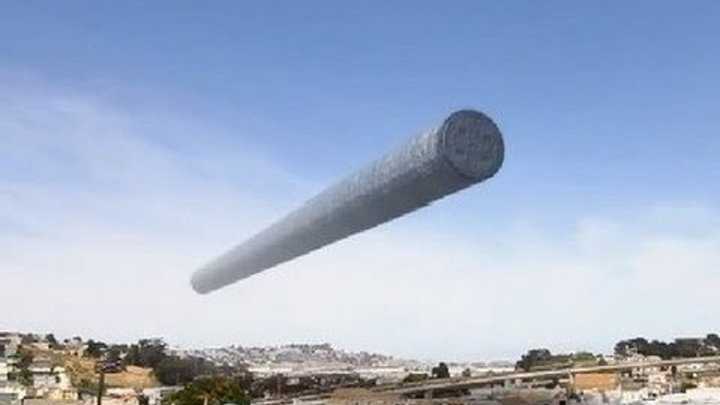 Pilots of US civilian airliners, as it turned out, quite often encounter cylindrical unidentified flying objects (UFOs) frightening them in the air.

An article on this matter was published the day before by The Drive. In particular, it contains the story of one of the American Airlines pilots, who flew on an Airbus A320 exactly a year ago between the cities of Cincinnati and Phoenix.

While flying at an altitude of 11,000 m at a speed of about 740 km / h, the crew unexpectedly saw that a long cylinder resembling a cruise missile was flying a little higher at a great speed. Then it turned out that the same thing had been observed in the same area by other pilots several years earlier.

The last time this happened in the northwest of New Mexico, near the small town of Des Moines. The pilot’s message about the UFO cylinder to the ground was intercepted by a certain radio amateur Steve Douglas, who even recorded it electronically.

The article indicates that this state, however, is literally packed with military facilities. There, in particular, there is a huge White Sands missile range, so the unexpected appearance of cruise missiles, of course, is not excluded. But, if the rocket leaves the safety zone of the test site during tests, the crews of civilian liners are always warned of the danger.

Of course, observing secrecy, the base press service does not comment on the pilots’ stories in any way. But the author of the article, for some reason, is sure that rocket tests have nothing to do with it, and we can talk about real alien UFOs.

In this article:UFO cylinders, US pilots