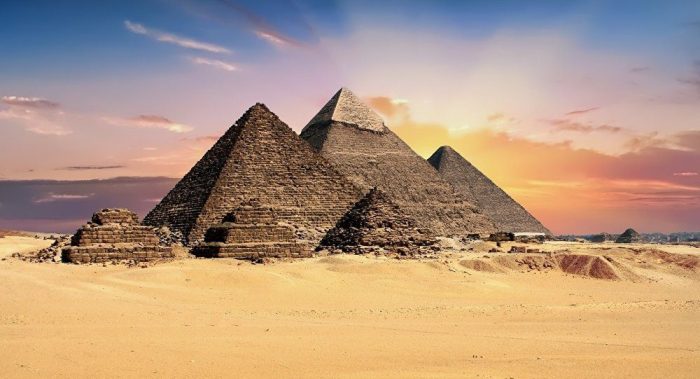 Although the gigantic Giza structures are a famed tourist trap, with anyone making their way to Cairo by all means dropping by to see the towering granite and limestone structures, little is known about the logistics behind the construction work as well as exactly which ingredients were used in the concrete mixture to bring together the stones.

Whatever the intrigue around the construction of the Great Pyramid of Giza, which has been shrouded in mystery for virtually all the 4,000 years that the colossal structure has existed, it has now been revealed how a series of intact scrolls could shed a bit of light on it.

Channel 4’s documentary titled “Egypt’s Great Pyramid: The New Evidence” focuses on remarkable findings by archaeologist Pierre Tallet, who luckily stumbled upon a number of ancient papyrus scrolls in a cave in Wadi al-Jarf, later dubbing the discovery “the oldest and completely preserved papyrus ever found in the world”.

According to Dr Tallet, who spent almost four painstaking years trying to decipher the papyrus inscriptions, the unearthed document provides “very precious information about the way the workers were able to build such big constructions”.

“It reveals, in detail, how sailors worked on the pyramid’s construction”, the narrator in the series remarked, specifying even the name of the person who had allegedly authored the scrolls – Merer, who was “an overseer in charge of a cargo boat and a team of 40 elite workmen”. The latter, as it was revealed in the “only first-hand account” of those days, were performing “a daunting job of transporting the pyramid’s precious white casing stones along the River Nile”, with boatmen making two to three round trips along the Nile every ten days “from July to November”.

“Inspector” Merer’s diary is believed to date back to the 26th year of the reign of Pharaoh Khufu, who was buried inside the Great Pyramid of Giza, the oldest and largest of the three pyramids of the landmark architectural complex, and one of the Seven Wonders of the Ancient World.

The chronicle depicts several months of work involving the transportation of limestone from Tura to Giza, however, without specifying the place where the material was used. Yet, given that the document dates back to what is considered by historians to be the finishing years of Pharaoh Khufu’s reign, Dr Tallet believes the tonnes of transported limestone were used for cladding the exterior of the legendary pyramid.

In this article:Great Pyramid of Giza, Pharaoh Khufu 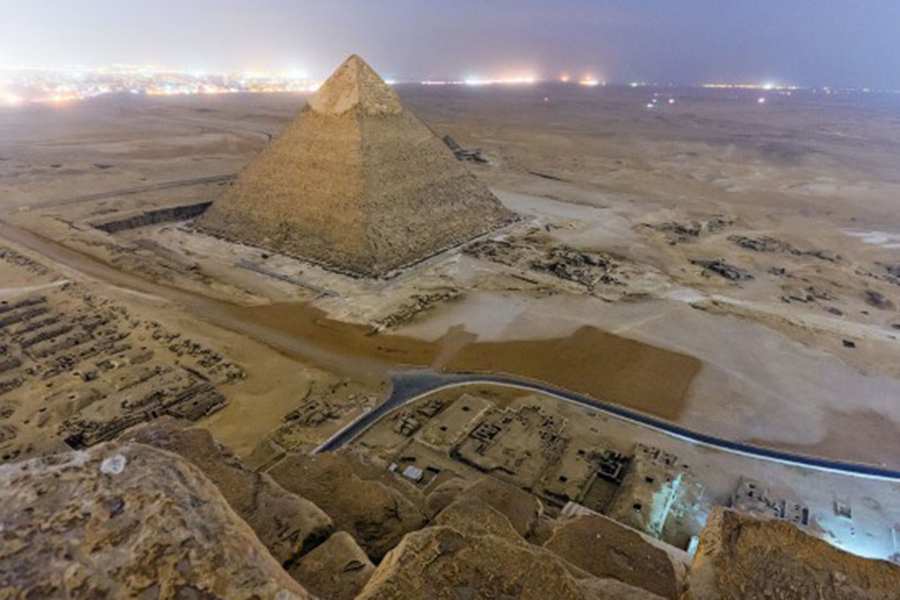 A team of Japanese archaeologists plans to ‘bomb’ with cosmic rays, the Great Pyramid of Giza, to confirm the existence of a mysterious inner...