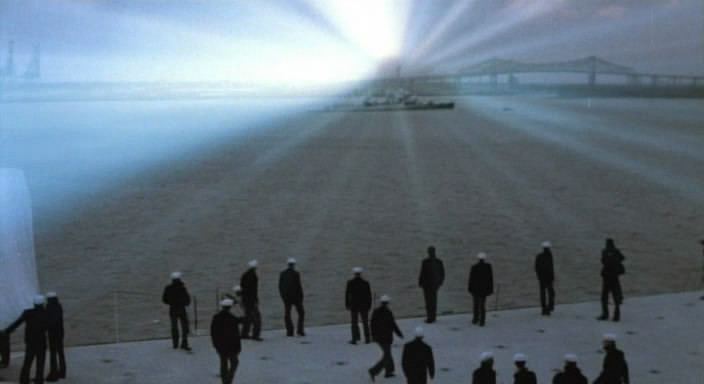 Resonance is simultaneity, and if you change the periods of oscillation of the electric circuit, then the geometrical picture of the distribution of the magnetic field changes, and the electric motor and the generator are set in motion exclusively under the influence of the time factor.

Movement is the result of asynchrony. This confirms that it is possible to achieve a change in the speed of the engine and thus its mass without additional impulse, that is, without additional force. Is Tesla’s reversible magnetic field proof of this?

From Colorado Springs, Tesla writes to New York a letter to his friend Johansson that he discovered an idea in the “scribbles” of high-frequency electromagnetic discharge, and that soon Johansson will be able to read his poems personally to Homer, while Tesla will discuss his discoveries with Archimedes.

Likewise, the research diary contains a detailed description of “green” electromagnetic waves, incredibly similar to the fog that appeared during the disappearance of a warship in Philadelphia.

Upon his return from Colorado Springs, Tesla told reporters that he had established a connection with extraterrestrial civilizations. Few took this statement seriously. However, there are indications that Tesla continued his studies of “parallel worlds” in solitude and silence without publicizing the results.

Apparently, he created an apparatus for adjusting the electromagnetic oscillations of his own brain, in other words, to control his mental activity, and was thus able to easily communicate with time-shifted realities.

These studies open a completely new page in modern science, pointing to the possibility of merging the material and the spiritual in human consciousness (in nature, matter and spirit are already merged).

Tesla had the ability to develop both directions of a unified science: with equal success he studied the physical basis of the psyche and the psychic basis of physics. He came to the decisive general conclusions: matter consists of organized parts – manifestations of the excited state of the ether, one of which is electromagnetic oscillations.

Therefore, the general natural law is the law of resonance, and the connection between phenomena is carried out using various kinds of resonances, the basis of which is electromagnetism.

Therefore, Tesla’s research represents the first indisputable and clear step towards the clarification and application of Plato’s doctrine, which states that mathematics is a connection between the world of ideas and the world of material phenomena. In addition, mathematical algorithms reflect how ideas can be translated into physical objects. And, finally, as all old (and new) sacred doctrines tell, matter is just “condensed light”.

Tesla believed that the Universe is a living system, and all people in it are a kind of “automata”, behaving according to the laws of the cosmos. He believed that the human brain does not have the property of figurative memory in the sense that it is commonly believed, and memory is just a reaction of nerves to a repetitive external stimulus, that is, an invariant generated by periodic physical influences.

It is even more important that he, who has more than a thousand fundamental scientific inventions, does not consider creativity to be his merit, but clearly declares that he plays the role of a conductor of science between the world of ideas and the world of human practice.

Tesla’s very death is seen as an expression of his personal triumph: it was more like a conscious transmigration of the soul into other planes of existence, and not like the death of an ordinary glorious person, confused and frightened in the face of self-liberation. Two days before the moment of the disincarnation, Tesla stopped working and locked himself in a hotel room, asking not to be disturbed.

When the hotel director and the maid finally entered his room, they found his lifeless body, lying with his arms crossed on his chest and elegantly dressed, as if ready to “go out.” He was supposed to have a Christian and Buddhist funeral, but three days before the first, he was cremated.

Perhaps, that mathematical and physical truths, or rather, geometric and arithmetic phenomena, should unite and become the basis of a single Cosmology, on the threshold of which we stand. Some call it “New Science”, but a more appropriate term would probably be “Unified Science”, since the basis of our Cosmos is made up of unified laws.

Tesla’s electromagnetic theory was a clear example of the unification of the material and spiritual principles of the world order. He practically did so much that he did not have time to leave us a complete theory. Perhaps he could have left religion for us, but he did not want that, for he knew that God in science needs conscious followers.

Tesla’s legacy is not limited to the natural sciences; in his works one should look for the sources of understanding the psychology of creativity of a genius personality. Within the framework of practice, Tesla is seen as what Euclid was within the framework of the theory – a connecting thread between Western and Eastern civilizations.

From his works, a new spiritual world of a Man can arise, having realized Time and penetrated into more perfect levels of cosmic existence. According to research, this is the timeless idea of ​​all Tesla’s works, and this is the reason why the time is ripe today for a true understanding of Tesla’s mission, for touching it.

In this article:magnetic fields, Nikola Tesla