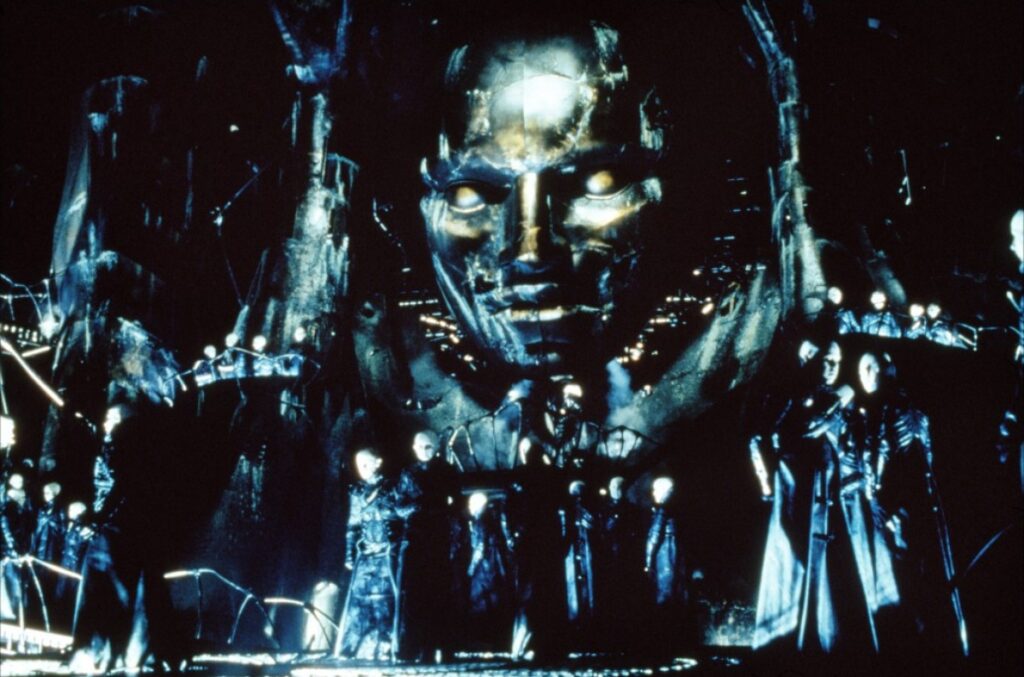 One of the fundamental criteria by which the truth of this or that new theory of something is assessed is the explanation by this theory of the maximum number of previously unexplained facts.

A classic example of how the principle works is the so-called “unified theory of everything”, which could combine quantum and theoretical mechanics, nuclear physics, crystal physics, and so on with one general set of formulas. Light adepts have been trying to come up with this “unified theory of everything” for many decades, but so far they are doing very badly with this.

No one has particularly stated this theory in detail and popularly, but since it is very directly related to the presidential elections in the United States, and now, one man named Gucky posted some sketches on one of the forums, so we decided to present everything he said in a slightly extended way.

If the theory works, then it explains everything that is happening now and even says something about the future. Before moving on to the theory itself, let’s start with facts that no one can explain:

The first fact is the well-known today and previously forgotten books by the writer Ralph Ingersoll Lockwood “The Last President”, “The Amazing Underground Journey of Baron Trump” and “The Little Baron and His Wonderful Dog Bulgar”. Published in the mid-19th century, the books tell the story of a boy named Trump who became president of the United States and lived on Fifth Avenue – exactly where Trump Tower is now. And when this boy Trump became president in the administration, he had a man named Pence. There are many coincidences with the real Trump in the book, and no one knows how to explain them.

The second fact is the book “Project Mars”, written in 1953 by Werner von Braun. The book says the following: “The Martian government was ruled by ten people, their leader was elected for five years by universal suffrage and he was called“ Elon”. The two chambers of parliament passed laws for governed Elon and his cabinet.” Associations with Elon Musk turn out to be very toght and cannot be explained in any way.

The third fact is the famous Scottish hacker Gary McKinnon, who in the late 1990s hacked into some Pentagon servers, which contained many interesting documents. In particular – payroll to some “extraterrestrial officers”, a list of some huge and expensive ships, the names of which began with the traditional letters USS, but then came the names that were not born in the US Navy. Most importantly – there was information that the light adepts of NASA are working hard on the concept of a kind of “null-point” through which in science fiction films ships enter the so-called warp, which literally means “warp”. The Pentagon, of course, denies all of this.

Fact four is the global fight against COVID-19, which is tasked with accelerated universal vaccination. Anyone wondered what this program is for the USA? It’s called Operation Warp Speed ​​(OWS). Even adepts with a very rich associative range cannot explain what vaccines have to do with travel through hyperspace.

The fifth fact is the so-called Mandela effect and other “Matrix glitches”, the only reasonable explanation of which assumes some kind of leaps of reality along the time branches.

Fact six – Egyptian pyramids, star fortresses in Brazil, Neva lined with granite and other miracles that are attributed to certain proto-civilizations, other traces of which no one can find.

Fact Seven – various kinds of ancient books like the Bible and the Koran, which very clearly describe the geopolitical processes observed today. Many even have the impression that the behind-the-scenes leadership of the planet took the Apocalypse scripts as a basis and is playing out world history according to the plan described there. But why? Nobody knows the answer to this question.

And so, to explain all of the above and many other things observed around the madness, enlightened conspiracy minds gave birth to the theory that we live in a kind of unstable system of reality ruled by emissaries from the distant future.

According to this most advanced theory, one day humanity will come up / come up to the discovery of the physical principles of time travel, after which these egg-headed enlightened ones will / began to race along time lines, studying their history and geography. Then, after watching all the horrors of the dark ages, they decided to slightly subtract this story, as a result of which all sorts of space-time paradoxes began and whole civilizations began to disappear from the world timeline – only pyramids remained of them.

This is the well-known law of bankers and reketers; physicists also call it the law of communicating vessels. Therefore, these changes in reality did not begin to suit everyone, and therefore, in the future, there was a kind of space-time war, and as a result of this war, the locals, as it were, divided their reality, creating two independent branches of it.

Ladies and gentlemen now live in one branch, whom ufologists call Nordics and who are the descendants of modern Europeans, and in the other live the so-called grays – the descendants of the Chinese, Africans and other glorious great ethnic groups. Realities are separated by space-time itself, so the guys live peacefully, nevertheless, there is a big problem from the physics of space-time.

The problem is that every building must have a foundation. If there is no foundation, the building will fall into the sand or collapse.  The foundation of the realities of the future is our time, without which the existence of any realities is impossible. But you can’t build two buildings on the same foundation, so now guys from the future are waging a war with each other. The war takes place in our time, where two groups of emissaries have made their way on “flying saucers” and each seeks to rewire everything here so that ultimately the world will come to reality, from which this or that group arrived.

At the moment, our reality is, as it were, the mother of all branches existing in the future, but the world seems to be now approaching a certain point of bifurcation, after which history will turn either there or there. That is, only Nordics or little green men will remain in the world, in which so much tolerance has accumulated that it puffed up their heads and bulged their eyes.

However, when exactly this turn will take place and where the planet will turn – no one, of course, knows, but, as everyone assumes, the issue is now being decided at the presidential elections in the United States.

In this article:featured, The Last President, unified theory of everything