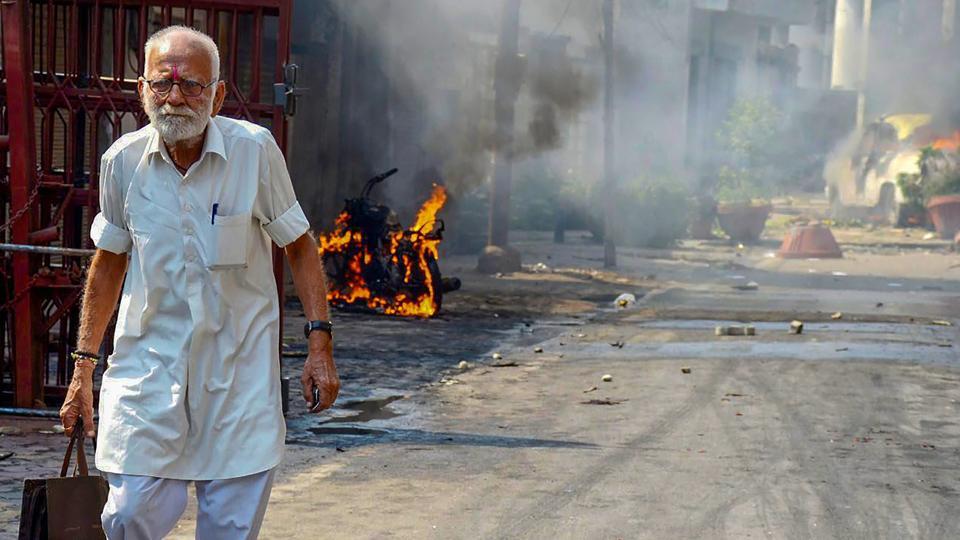 With the beginning of the summer of 2022, another series of popular protests began in India. According to Indian media, they were held across the country by Muslims because of insulting the Prophet Muhammad. Actions began after the completion of Friday prayers on June 10. During the protests, clashes with police broke out, due to which more than 300 people were detained over the weekend. Some protesters lost their homes.

The Indian authorities have threatened “anti-social elements” responsible for the riots with “the most severe measures”. The most numerous protests took place in the northern state of Uttar Pradesh.

“Such asocial people have no place in a civilized society. The innocent cannot be persecuted, but no guilty person can be spared,” Chief Minister Yogi Adityanath said.

“Uttar Pradesh State Police have so far arrested more than 300 people from eight districts of the state in connection with Friday violence during protests against controversial remarks by the ousted Nuppur Sharma about the Prophet Mohammed,” the state administration said (quoted by Zee news).

The reason for the protest was the statements of the former representative of the ruling Bharatiya Janata party, Nupur Sharma, who during a televised debate said that citizens “make fun of the content of Islamic religious books,” and Muslims themselves, in her words, “make fun of the Hindu faith.”

Her words caused a resonance in the Muslim world, after which the Indian ambassadors in Iran, Qatar, Kuwait and other countries were protested.

Along the way, people in Pakistan and Bangladesh poured into the streets, calling for a boycott of Indian goods and demanding that those who offended Muhammad be hanged.

The politician apologized for her words, but she was removed from office and stripped of her party membership.

Due to numerous threats, the authorities were forced to put guards on her and her family. In response to anti-Muslim statements, the terrorist organization Al-Qaeda threatened to carry out terrorist attacks in major cities in India.

What would happen if Muslims, Hindus, and representatives of other religions were to simultaneously occupy streets with protests and riots? Perhaps, under their weight, the asphalt on the streets would begin to crack.

Hence it is not surprising that people in India are a little cramped and it seems that there is no less demographic pressure in neighboring China. In the last year, the world was somehow distracted either by the pandemic, or by the war in Ukraine, and in the meantime, the PRC did not stop military construction in Ladakh. And now the Americans looked at fresh satellite photos and were a little horrified – such a quick and intense military construction surprised even the Pentagon strategists.

It is not very clear, of course, whether the Chinese are preparing for an invasion or are fortifying themselves in the occupied territories just in case, but they are definitely preparing for something. And in this regard, the protests of Muslims in India are already seen in a slightly different light.

So, in fact, Muslims there really have something to protest against and although there are always a lot of such incidents, everyone is somehow silent and no one picks up a pitchfork or a machine gun. And then, all of a sudden, everything got organized.

There is also very strange behavior on the part of Indian politicians. There are already above the roof problems in the country, but they turned on the TV and started talking not about problems, but about theology. But even realizing that they had blurted out too much, people did not shut up, but began to fuel the flames.

Hence there is a suspicion that the main monsoon blows not from India, but from somewhere else, and soon India will become the scene of a great conflict. Who will fight there, against whom and who will win – we do not know yet.

Advertisement. Scroll to continue reading.
In this article:China, India