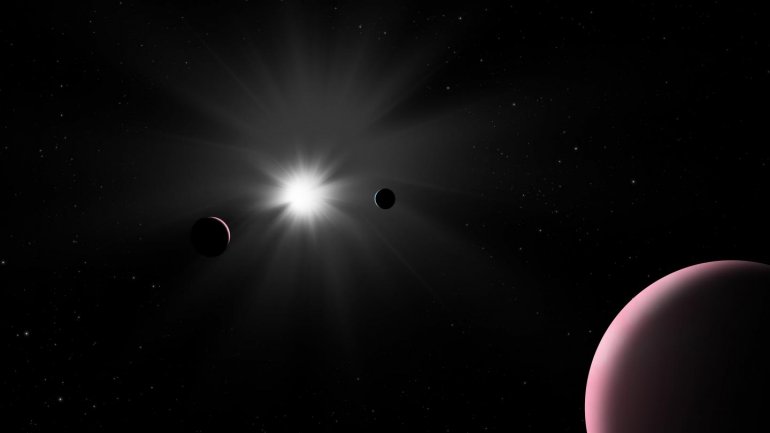 In their new study, published in Nature Astronomy, Swiss astronomers reported the unexpected discovery of a rare species of exoplanet around a sun-like star less than 50 light-years away, according to Forbes.

Astronomers suddenly saw the third planet passing in front of the star while observing the transits of two other planets in the Nu² Lupi (Wolf) system.

A planet that has no known equivalent is called HD 136352 d. It is about 2.5 times larger than Earth and is considered too hot to be fit for life. However, due to its properties and orbit, it is the personification of an exoplanet because it has a relatively mild temperature and revolves around a Sun-like star.

This is really a rarity, plus the HD 136352 d is close to us, relatively speaking. However, the super-earth has yet to be explored using NASA’s James Webb Space Telescope.

“Because its bright parental star is close enough to us, it’s easier to study,” David Ehrenreich said, a professor at the University of Geneva.

Approximately 2.5 times larger than Earth and almost 9 times larger than its mass, HD 136352 d is classified as a super-Earth. It revolves around a Sun-like star called Nu² Wolf, a G-type star located about 48 light-years away in the southern hemisphere of the constellation Wolf. It is located between the constellations Centaurus and Scorpio, and it is visible to the naked eye. Nu² Wolf is one of the oldest stars in the vicinity of the Sun.

HD 136352 d takes 108 days to orbit its star. This is the first time an exoplanet with an orbit of more than 100 days has been spotted near a passing star bright enough to be seen with the naked eye.

In this case, it was the telescope of the European Space Agency “Cheops”, which studies the brightness of the stars and measures any tiny changes that are signal signs that the planet has passed through the disk of the star.

Why are the planets of Nu² Wolf special?

The researchers found that the planet HD 136352 b is mostly rocky, while the planets HD 136352 c and HD 136352 d have a large amount of water surrounded by hydrogen and helium gas.

However, water on the planets HD 136352 c and HD 136352 d is not a liquid – it exists in the form of either high-pressure ice or high-temperature water vapor.

“What makes these exoplanets really outstanding is that we can see them passing right in front of their star, that is, they are transiting,” Jann Alibert said, a professor at the University of Bern and co-author of the study.

Because exoplanets with long periods orbit far from their stars, the ability to detect planets in transit is really very small, which makes the discovery with the Cheops telescope very unexpected.

“Now that we have discovered that all three planets are transiting, and have accurately measured their properties, the next step will be to study them with larger and more powerful instruments, such as the Hubble Space Telescope or its successor, the James Webb Space Telescope. They will help uncover additional details, such as the composition of the atmosphere,” Ehrenreich concluded.