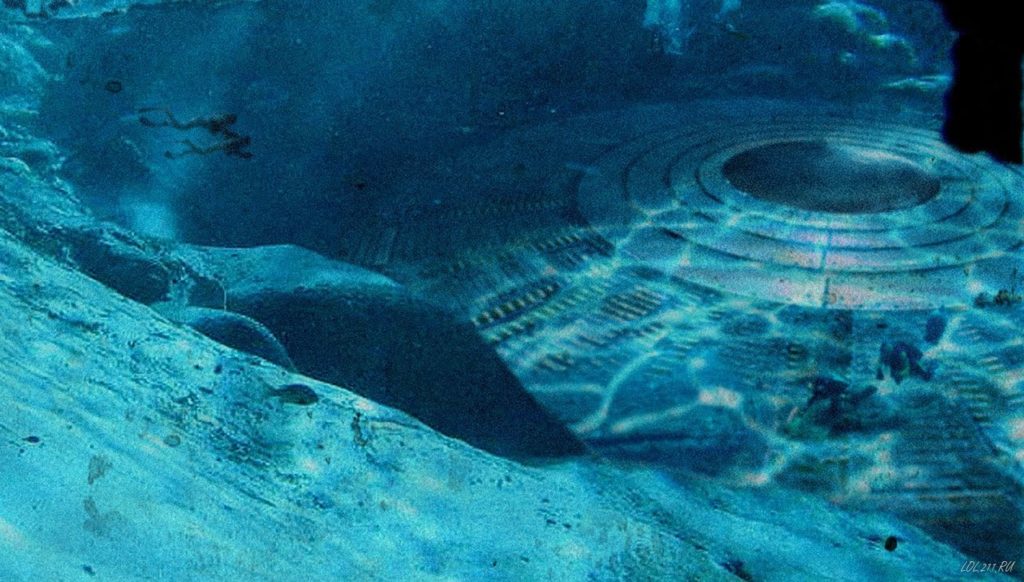 Six years ago, Maxwell, Dale Romero, and Jimmy Church from the Fade to black program of the American radio station Dark Matter discovered a gigantic underwater portal off the coast of Malibu, California.

The structure is located under water at a depth of 450 meters, and the lower part of the underwater portal reaches a depth of 700 meters. The portal, respectively, has a height of 250 meters and is located more than ten kilometers from the coast of Malibu. To date, there is no information about the purpose of the structure, who built it or who manages it.

True, UFOs seem to be very dubious candidates for such a huge complex. An alternative is the version of the earthly origin of this complex, which can be operated by the US military. An alternative is the China Lake Naval Base, located in the middle of the Mojave Desert in the USA, which can be connected to the underwater portal with a secret underground base and communications. Also known as a possible link is the Naval Underwater Center, located in Hautron, a town on the way from Las Vegas to Reno.

The construction of such an underwater base or underwater portal requires the solution of enormous technical problems. It is possible that the complex, existing for millennia, was accidentally discovered by the American military, and now they use it for their own purposes. This is the only option, because if the United States would build this structure on its own, it would certainly be noticed, because it would require a large amount of technical equipment, and it would be hard not to notice the activity in this place. True, it was suggested that the construction of the facility could be, for example, during the Second World War. But nevertheless, the “version of the construction” of the underwater portal is very doubtful, and there is no evidence for this.

The meaning and purpose of the underwater portal

Suppose an underwater portal is actually operated by the US Army and Navy. But then what is its purpose? The dimensions of the complex suggest a huge base, inside which you can hide vehicles, buildings and much more. And this underwater portal could be connected to both of the bases mentioned above. It has long been rumored that all of the United States are dotted with underground tunnels, and that all military bases are connected in this way to each other.

Unfortunately, there is no real evidence in the public domain of the existence of such tunnel systems and deep underground military bases (DUMB), and therefore everything remains at the level of rumors and hypothetical assumptions. Moreover, the cost of building such tunnel systems would reach trillions of dollars. And trillions, even in the secret budget, are almost impossible to hide. But back to our construction. An underwater base or underwater portal at a depth of 450 meters would keep secret the secret work and groundwork of the US Navy. On such a basis, new technologies could be developed, such as weapon systems, submarines or military technologies unknown to us. Such research projects could be funded from the black budgets of the US defense budget.

The mystery of the mysterious underwater portal near Malibu could be easily solved with the help of a diving expedition, which could carefully examine the complex using an underwater vehicle. But such an underwater expedition requires the permission of the American government, and the question of whether such permission will be granted remains unanswered.

For decades, the US population has been confident that the US government is hiding extraterrestrial technology from the public. After the Roswell incident and the rather clumsy attempts of the US military to explain it, skepticism about confidence in the government among US citizens has intensified, and over time it does not become smaller.

Particularly strange in recent years, the statement by US President Donald Trump, who stated that he did not believe in aliens and did not have any data about them, could have seemed especially strange. The Americans immediately decided: Lying! Rumor has it that when taking office, each new US president receives a secret book from his predecessor, which should contain all important state secrets. True, so far no US president and senior White House official has deigned to confirm.

In this article:Malibu, underwater portal