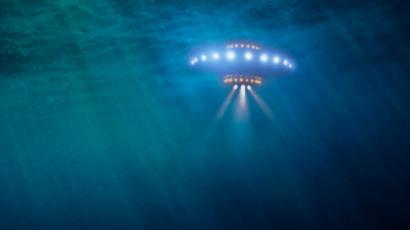 Sky gazers in the Lone Star State are still scratching their heads as they look for an explanation behind mysterious sets of lights photographed earlier this month over the city of Houston.

Images taken on August 11 during a rain storm and posted to social media have had some Texans for nearly two weeks now trying to identify what select skeptics say is an unidentified flying object, or UFO.

The pictures of what looks like a glowing circular object in the sky over Houston were such a hit on the internet that a local NBC affiliate reached out to experts earlier this month in hopes of taking the “U” out of “UFO.”

But even after approaching the vice president for astronomy at the Houston Museum of Natural Science, the station still wasn’t able to identify to mysterious sighting. “If it’s a real object and it looks like it is. The more people who see it in different directions, the more likely we are to figure out where it is, what it is and see if we can explain it,” the vice president, Dr. Carolyn Sumners, told the city’s Click 2 Houston News.

“It’s easy to say that it could be aliens,” added Sumners. “All the way back to recorded history, there are going to be things we can’t explain. That’s what makes it exciting.”

Lee Spiegel, a UFO enthusiast who also boasts on his website of being intrigued by “aliens, living dinosaurs and the whole range of topics that often overlap the worlds of science and unexplained phenomena,” recently wrote about the unusual sighting for Huffington Post. Even after speaking to other experts in the field, however, he fell short of coming up with an explanation for the mysterious images.

“I took a still frame of part of the Houston video and there’s a part where it almost looks as if smoke trails are visible, perhaps indicating exploding ordnance,” former Federal Bureau of Investigation special agent and paranormal expert Ben Hansen told Spiegel. “It would be an odd occasion to light off such things during the middle of a lightning storm.” An image grab taken from a video uploaded on YouTube by HawkkeyDavisChannel.

Others, however, added that the role of social media in spreading the photographs could pose problems when it comes to getting behind what the UFO really is.

“Part of the problem is that once the first images and video of the circular object hit the Web, additional videos of completely different lights in the sky were also submitted,” image and video analyst Marc Dantonio added to the HuffPo report. “These submissions generated lots of confusion and the news media combined them into one general sighting, which was an incorrect thing to do.””My examination of those particular lights shows that these were likely distant lights, perhaps from a mall or other area with elevated lighting, relative to the driver and reflected in the window,” Dantonio added. “This you can tell, not by looking at the circular lights themselves, but by looking elsewhere in the image at other lights and objects,” he said. “The ‘Houston lights’ case to me, anyway, was really a conglomeration of multiple different sightings of different objects, but all from the same basis of window reflection.”

Absent any further explanation, for now Texans are left to liken the identity of the bizarre sighting as being somewhere between a window reflection and an extraterrestrial vessel.

Advertisement. Scroll to continue reading.
In this article:Houston, UFO