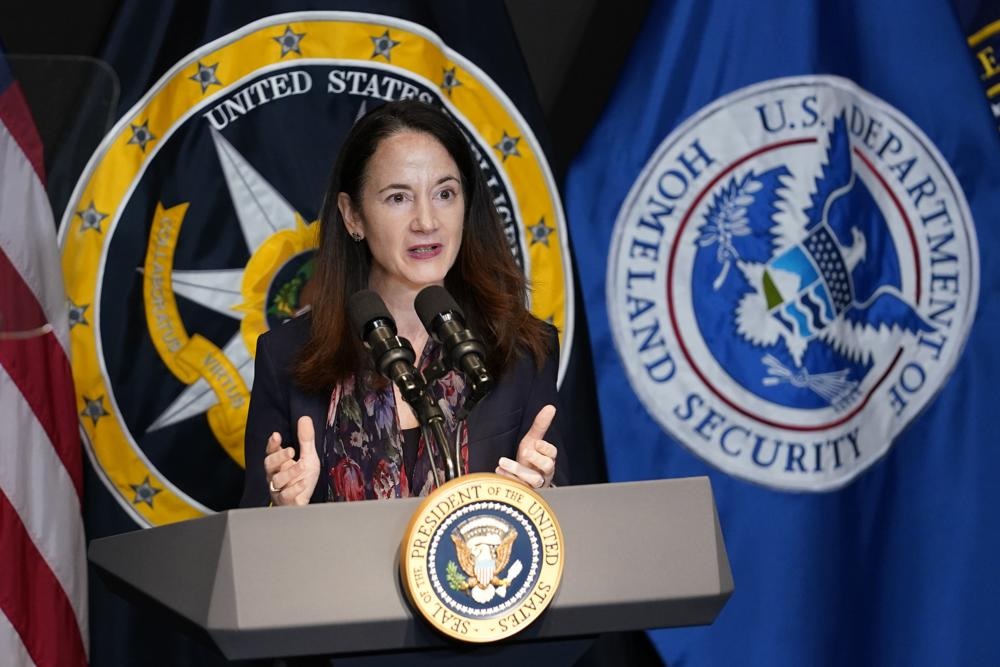 Avril Haines, Director of National Intelligence (DNI), which oversees all 16 US spy agencies, including the FBI and CIA, spoke at the Our Future in Space event at Washington’s National Cathedral and made a made a stunning confession, according to New York Post.

Haines was asked about UFOs, which have become a major topic of national security debate in the United States after they have been classified as conspiracy theories for years.

A stunning UFO Task Force report released by the Pentagon over the summer acknowledged the existence of unexplained encounters between the US military and mysterious targets.

And although in the report, which analyzed 144 observations, there was no unequivocal statement about a possible connection with aliens, she did not exclude other options, including aliens.

At an event where she spoke alongside NASA chief Bill Nelson, leading pundit Professor Avi Loeb and billionaire Jeff Bezos, Haines appears to have opened the door even further to possible alien communication.

And she acknowledged that there are things about these strange encounters that the intelligence community just doesn’t understand, highlighting the need for more investigations.

“The main issues that concern Congress and others are flight safety and counterintelligence issues,” she said at the forum.

The question always remains: “Is there something else that we simply do not understand, that can come from outside – extraterrestrial?” – she said.

“We are confident that we will not be able to explain each of these UFO reports with earthly reasons because, frankly, we are not able to understand everything.”

“We need to better gather useful information from the various sensors available to us. And we need to deepen our analysis in these areas.”

Apparently, after reading the New York Post, the aliens decided to illustrate the article by staging a small show with a luminous UFO in France:

The video is authentic and although not in this quality, was filmed from other viewpoints. This happened in the south of France in the Occitania region in the commune of Narbonne (population 56,000).

The object exhibits all the signs of a UFO: acceleration, abrupt change in direction, rotation, and abrupt deceleration:

Back In the good old times, such a video would have caused an unprecedented excitement among ufologists, but nowdays reactions are somehow sluggishly:

Likewise, no one is particularly impressed by the revelations of Avril Haines. On the contrary, they scare everyone, because something is being prepared with UFOs in the world, if officials have already started so openly discussing about the UFO’s.

It will be an invasion, a battle for independence, liberation from occupation, a hologram, an inspection of the Annunnaki or from Nibiru – we do not know as yet.