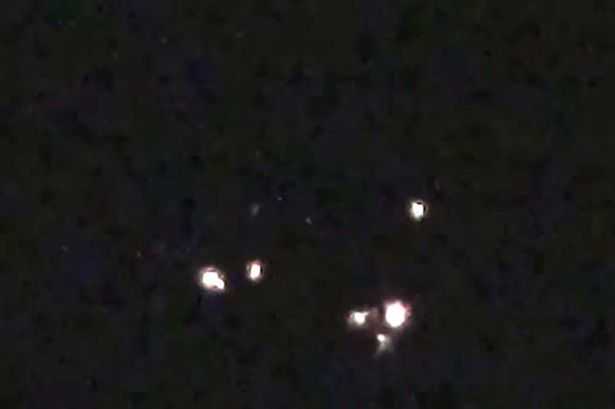 This extraordinary footage appears to show the flashing lights of a UFO hovering in the night sky above a woman’s home.

The object was recorded by paranormal investigator Angela Ashton before appearing to shoot upwards and disappear.

She shot the strange scene above the town of Lewisburg in Mississippi, US yesterday.

Ms Ashton is convinced the object she saw was extraterrestrial.

She said. “I don’t know what else it could be.”

She said: “It was at least the size of a football field.

“I was laying in my bed and I have a huge window that goes across the wall of my bedroom. And I saw a bright blinding light. I mean it was huge.”

She told the TV station that the UFO was soundless as it hovered above the field before disappearing.