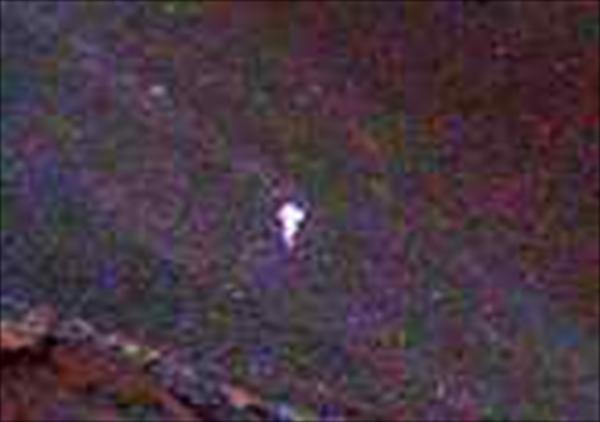 Units of the Indian Army and the Indo-Tibetan Border Police Force (ITBP) have reported Unidentified Flying Objects  (UFOS) in the Ladakh region of Jammu and Kashmir. An ITBP unit based in Thakung, close to the Pangong Tso Lake, reported over 100 sightings of luminous objects between August 1 and October 15 this year. In reports sent to their Delhi headquarters in September, and to the Prime Minister’s Office (PMO), they described sighting “Unidentified Luminous Objects”  at day and by night. The yellowish spheres appear to lift off from the horizon on the Chinese side and slowly traverse the sky for three to five hours before disappearing. These were not unmanned aerial vehicles (UAVS), drones or even low earth-orbiting satellites, say Army officials who have studied the hazy photographs taken by ITBP. Drone sightings are verified and logged separately. The Army has reported 99 sightings of Chinese drones between January and August this year: 62 sightings were reported in the western sector, the Ladakh region, and 37 in the eastern sector in Arunachal Pradesh. Three of these drones intruded into territory claimed by India along the 365-km-long border with China in Ladakh, manned by ITBP. Such mysterious lights have been sighted before in Ladakh, a barren, 86,000 sq km heavily militarised zone wedged between Pakistan-occupied-Kashmir and Chinese-occupied Aksai Chin. The persistent sightings by the ITBP this year, however, worried the Army’s Leh-based 14 Corps. The ITBP, did not respond to a detailed India Today questionnaire.
In September, the Army moved a mobile ground-based radar unit and a spectrum analyser-that picks up frequencies emitted from any object-to a mountaintop near the 160-km-long, ribbon-shaped Pangong Lake that lies between India and China. The radar could not detect the object that was being tracked visually, in dicating it was non-metallic. The spectrum analyser could not detect any signals being emitted from them. The Army also flew a reconnaissance drone in the direction of the floating object, but it proved a futile exercise. The drone reached its maximum altitude but lost sight of the floating object.
In late September this year, a team of astronomers from the Indian Astronomical Observatory at Hanle, 150 km south of the lake, studied the airborne phenomena for three days. The team spotted the flying objects, Army officials say, but could not conclusively establish what they were. They did, however, say that the objects were “non celestial” and ruled out meteors and planets.
Scientists however say, the harsh geography and sparse demography of the great Himalayan range that separates Kashmir Valley from Ladakh, lends itself to unusual sightings. “The region is snowbound in winter, has few roads and is one of the most isolated places in India,” says Sunil Dhar, a geologist at the government Post Graduate College in Dharamshala, who has studied glaciers in the region for 15 years. Yet, none of the experts from the National Technical Research Organisation (NTRO)-in charge of technical intelligence-and Defence Research Development Organisation (DRDO), has been able to identify the objects. This has caused embarrassment rather than fear in the establishment. “Something is clearly wrong, if our combined scientific resources can’t explain the phenomena,” says a senior Army official in Delhi. Intelligence officials say these objects could be a crude psychological operation by China, or sophisticated probes attempting to ascertain India’s defences in Ladakh.
“We can’t ignore these sightings. We need to probe what new technology might have been deployed there, says former Indian Air Force (IAF) chief Air Chief Marshal (retired) P.V. Naik. In 2010, the IAF probed and dismissed Army sightings of such luminous objects as Chinese lanterns. UFO sightings have been endemic to Ladakh over the past decade. In late 2003, 14 Corps sent a detailed report on sightings of luminous objects to Army headquarters. Army troops on posts along Siachen had seen floating lights on the Chinese side. But reporting such phenomena risks inviting ridicule. When told about them at a northern command presentation in Leh, the then army chief, General N.C. Vij, had angrily dismissed the reports as hallucinations.
Scientists say the mysterious objects are not necessarily from outer space.  There is no evidence of UFOS being of extra-terrestrial origin, says reputed Pune-based astrophysicist Jayant Narlikar. The implication of them being alien objects is fancy, not fact, he says.
There is still no explanation, however, for what is believed to be the clearest UFO sighting yet, in the Lahaul-Spiti region of Himachal Pradesh less than 100 km south of Ladakh in 2004. A five-member group of geologists and glaciologists led by Dr Anil Kulkarni of the ISRO’s Space Applications Centre in Ahmedabad were on a research trip through the barren Samudra Tapu Valley. They filmed a fourfoot tall robot-like figure, that walked along the valley, 50 m away from them. The humanoid object then rapidly became airborne and disappeared. The encounter lasted 40 minutes.
It was seen by 14 persons including the six scientists. Kulkarni then interviewed each expedition member separately to verify what the team had seen. Copies of his detailed report were circulated to the PMO, ISRO, the Army and several intelligence agencies. Kulkarni established his team hadn’t seen natural phenomenon. The matter, however, was buried soon after.
Sunil Dhar, who was part of the 2004 expedition, terms the sighting of the unidentified object an unforgettable experience. Locals, he says, have reported sighting mysterious objects for many years.  These are unsolved mysteries that need more intensive study, he says. Left unexplained, the Ladakh sightings risk slipping into the crack between fact and science fiction.