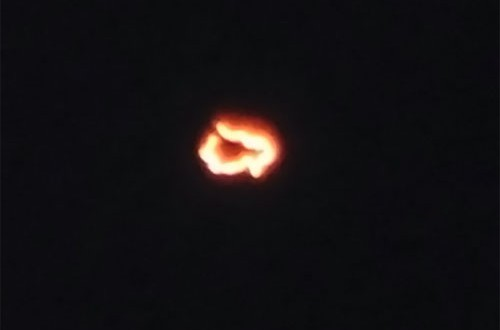 A UFO appeared in the sky above Montenegro’s capital city of Podgorica in southern Europe on Thursday, May 9. 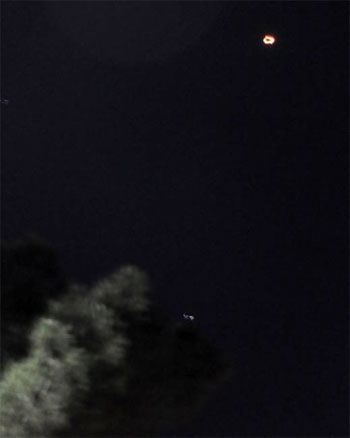 The sighting occurred at approximately 9:00 pm and was reportedly seen by several editors of Vijesti news magazine.  The magazine’s photojournalist, Zoran Djuric, captured photos of the UFO with his camera.  According to news website InSerbia, the brightly illuminated object changed shape, size, direction, and speed.  Astronomer Igor Dajkovic discounts the possibility of atmospheric phenomena.  He stated, “These phenomena meteorologists usually describe by the term of ball lightning. Again, this term is also pretty undefined and as such serves for various interpretations, so it is used to describe something that can fly even few meters from the ground, hover in place, move back and forward, etc.”  But meteorologist Dusan Pavicevic ruled out the possibility that this UFO was ball lightning.

According to InSerbia, the Flight Control Agency of Serbia and Montenegro (SMATSA) has not responded to requests for confirmation of any flying object in the sky at the time of the sighting.