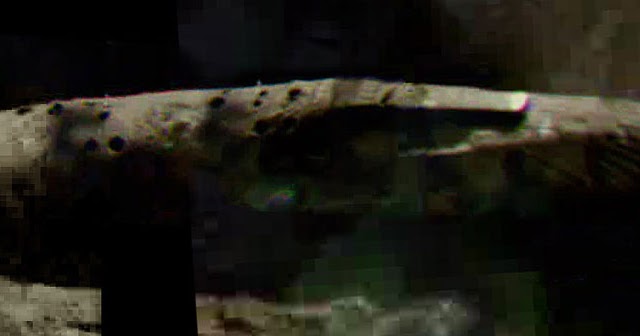 Guy’s, we’ve featured this before because this was and still is a stand alone piece of evidence of life in the universe. When people say all it takes is one UFO to be real, or “all it takes is one Alien sighting to be real” and everything would change, well this is that “one thing” that should of changed everything but it didn’t? So I’m saying that even if Aliens and UFOs were to anounce themselves today or tomorrow, it doesn’t matter because nobody would go off the rails, nobody would go instantly insane!

The vehicle on the Moon.

Apollo 20, one of the most controversial UFO cover-ups in history. And it is a cover up because we have it on the NASA official websites, it’s in the archives it’s a UFO but nobody will talk about it? That’s a fricking cover up. I choose to accept it as a fact of life.

An Alien Spaceship on the Moon

. People often overlook the fact that this thing was so inspirational to many people growing up! Whoever saw this image did so but pre-internet, before the mass media and before the ability to share an image instantly.

I’m talking literally and figuratively to see this image you had to be in the know, in the inner-circle of the enlightened ones? It was often hidden, stashed and kept secret because people really did believe that this was (and still is don’t forget) “a piece of the real history” to be treasured and behold! 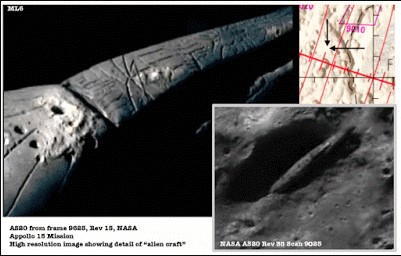 Apollo 20 is said to be a top secret mission to the Moon that was covered up by Nasa. The Apollo program, also known as Project Apollo, ran from 1963 to 1972 and was the third human spaceflight project that NASA carried out.It is going down in history not the way NASA wanted it to. They wanted it to be in their own style, with good shots of the Moon etc not shots of UFOs and an Alien spaceship. No wonder they are distancing themselves from this. It goes against everything they stand for! It’s a shame, but probably the truth of the matter. Although the US government accomplished its goal to land men on the Moon and return them safely to Earth in 1969 with Apollo 11, further missions continued until 1972, with Apollo 17 being the last mission to go to the Moon and back.

However, three more missions had been planned by Nasa – Apollo 18, Apollo 19 and Apollo 20. Official Nasa records say that the missions were cancelled due to budgetary constraints and that the astronauts were moved up to other missions. Due to three missions being cancelled, lots of spacecraft hardware was left over, such as the command/service module (CSM) belonging to Apollo 19, which is on display at the Kennedy Space Center Visitor Complex and other bits of hardware have been used in several films. 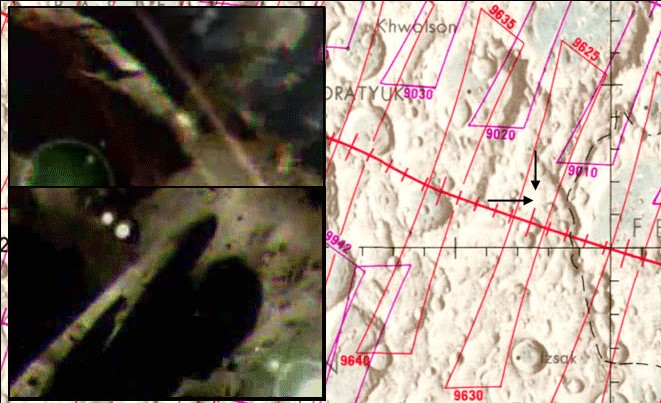 Apollo 20’s CSM was apparently never finished and completely scrapped. But is that really the case? It’s easy to brush this stuff off because of how big NASA is, they have plausible deniability when it comes to anything and everything you better believe that they use it, regularly! NASA actually stands for Never A Straight Answer.

It looks real to me?

Personally, I still remember the Stanley Kubrik film in which he made the Moon Landings. If you don’t believe that then that’s cool also? But there comes a point where you have to believe in something? Just “not believing” isn’t enough to satisfy me, you need to say why you don’t believe and why you don’t agree with this and that just like the believers have come out with a file, the size of two tree trunks in thickness stating why they believe in this theory? Does that make sense, it does to me?

That video is for me an amazing and structured, convincing piece of the puzzle. I’m not saying it’s real, i’m not saying it’s swayed me either one way or the other but what it has shown me is that someone wants this to be true so much that they either took a camera with them on the mission or someone paid through the nose to create this elaborate hoax. Either way you look at it, it’s one impressive and focussed, detailed and to the point conspiracy. It’s a cover up all right. 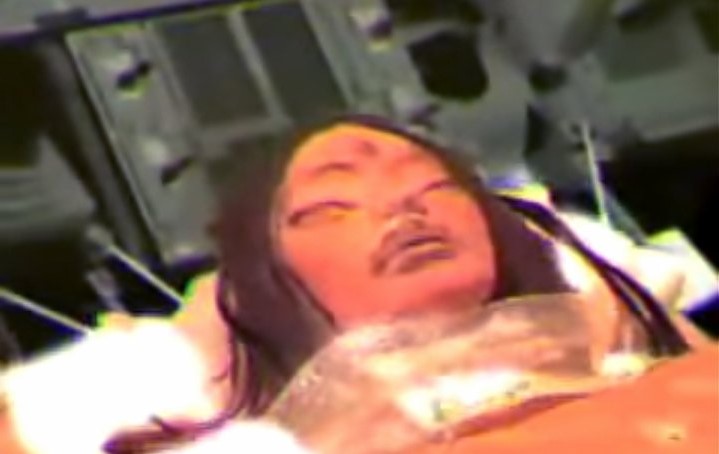 The alien girl supposedly found on an ancient spaceship in the Delporte Crater on the Moon in 1976. Right.

If you were to believe Nasa’s records, then that would be that “end of, go home get a bath”. But in April 2007, an individual with the username “Retiredafb” uploaded several videos to YouTube (the absolute last place I’de ever upload a covered up proof of concept video) claiming that they were footage from the Apollo 20, a secret joint American-Soviet space mission from August 1976. Click here for more information on this story. And also here for more aswell.

The image below is the best image ever! Follow this link to NASA’s own archives of this! 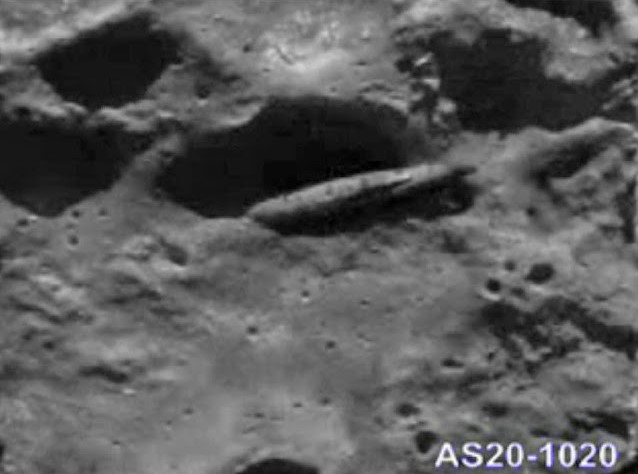 That looks lik a real UFO to me so what about you?

The user identified himself as William Rutledge, 78, a former astronaut now living in Rwanda. His videos show what seems to be the cabin of Apollo 20, as well as footage, supposedly on the moon, of a mysterious lunar city, as well as the corpse of what seems to be an alien girl that internet users call “Mona Lisa”, lying in the cabin. Rutledge’s videos were so popular that they garnered over 1.5 million views on YouTube, but apparently a few months later Rutledge claimed his YouTube account had been hacked and all but one of his videos were deleted. 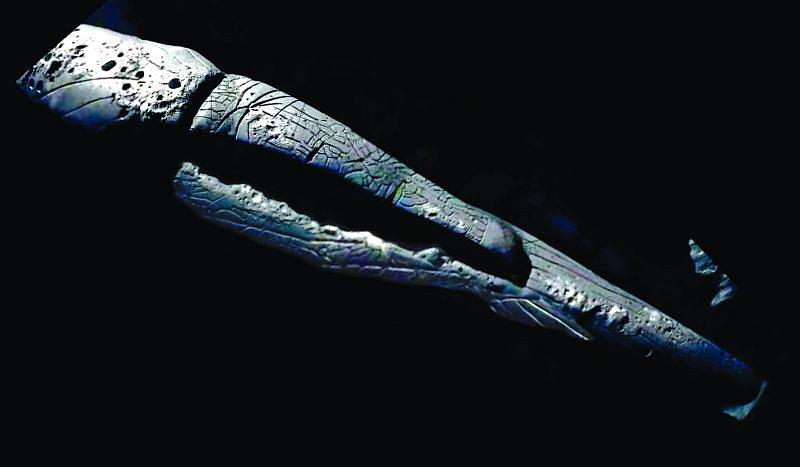 That’s really strange, why would they delete all videos except one? It doesn’t make sense but then again nothing from this whole story makes any sense? It reminds me of the land that time forgot. It is very intriguing though and very, very interesting. The story goes on to say:

He then moved his videos to a new account on Revver, but that page no longer exists. Before he disappeared, however, he did agree to be interviewed, through the message function of his YouTube account and Yahoo Messenger, by Italian freelance writer and UFO/space exploration enthusiast Luca Scantamburlo.

Rutledge claims in his interview with Scantamburlo that Nasa’s Apollo 14 mission flew over a polar region of the Moon and captured numerous space ships and cities of ancient, oddly-shaped, towering buildings, which looked like they had been abandoned for hundreds of years. Rutledge says that Apollo 20 landed near the Delporte Crater in order to explore a large “cigar-shaped” mother ship, which had apparently been abandoned for 1.5 million years, and within the spaceship, the astronauts found two corpses of alien beings, one of which was captured on 16mm film.

You wasn’t supposed to see this image. 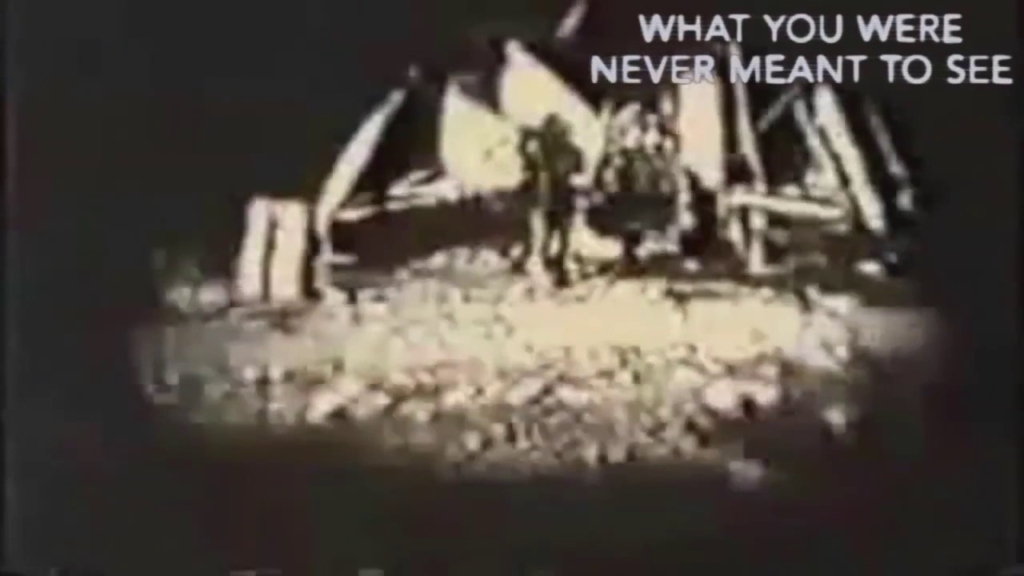 He claims that the female alien he and his crew found had six fingers, hair, but no nostrils, and seemed to be in a state that was “not dead” but also “not alive”. He claims to Scantamburlo that the alien girl was brought back to Earth and is still alive somewhere. “USAF recalled that, I have been chosen later for Apollo 20 because I was one of the rare pilots who didn’t believe in God (it has changed since 1990) but it was a criteria in 1976. It was not the status of the Nasa astronauts. Not believing in God made the difference. That’s all,” Rutledge told Scantamburlo. 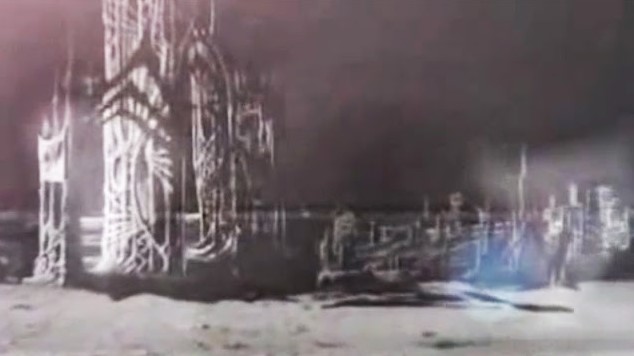 Rutledge’s answers are quite rambling, and on many occasions, Scantamburlo tests his knowledge about Nasa in the 1970s and what happened to the other cancelled Apollo missions. Scantamburlo’s evidence is posted here. Real, or a hoax? While information about Apollo 20 is quite scarce to come by, an entry on WikiBooks.org seems to indicate that it is a hoax by a French video artist called Thierry Speth, who apparently admitted to perpetrating the con on 9 July 2007 on internet forum Need2Know dot eu. The link to this post and the website in question are also no longer online.

Nevertheless, many UFO enthusiasts, are still firmly convinced that Apollo 20 did happen, including Scott Waring, a teacher living in Taiwan who has authored a few books on UFOs, time travel and young adult fantasy fiction. Waring runs a website called UFO Sightings Daily for the international UFO believer community, and you can view his extensive evidence in this blog post, which include reports by other Nasa scientists and engineers, government memos, analysis of the light in the video and much more. 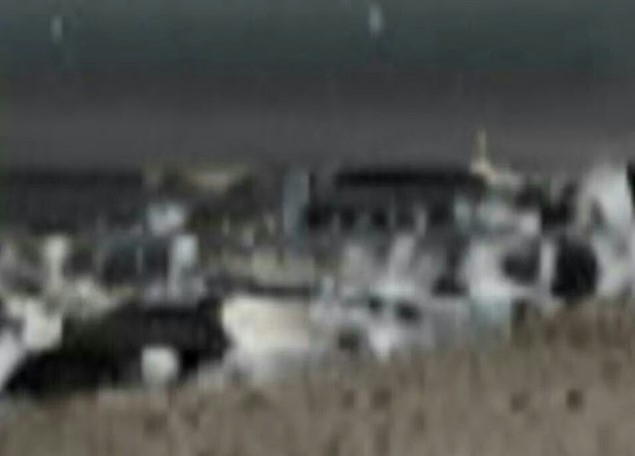 There you go, enough evidence of Aliens on the Moon in cities!

Advertisement. Scroll to continue reading.
In this article:Apollo Mission, spaceship on the Moon