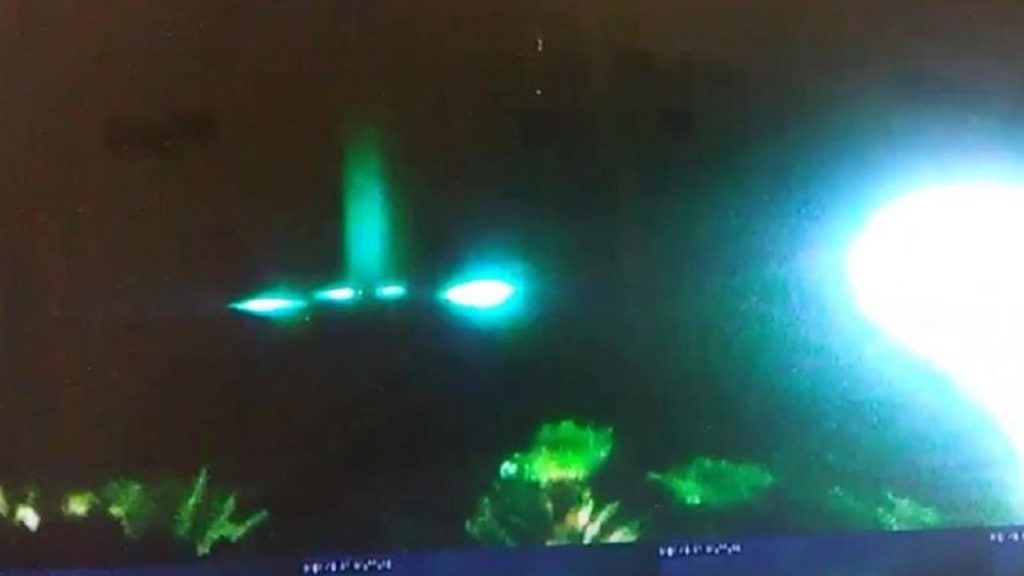 UFO sightings are still a topic to talk about and it is not just the ufologists who are responsible for disseminating them.

This time it was a security guard who recorded one in full takeoff. Douglas Benefield is a 48-year-old man who works in a California construction as a watchman.

During one night, he was watching the security cameras of the building when he saw a strange glow rising from the surface to the sky, stopping for a few moments before embarking on full speed flight, getting lost in the dark night.

Benefield recorded the incident on July 23, 2018 while he was working in the vicinity of Cathedral City.

He quickly sent the images to his eldest son, who didn’t know how to answer what that thing was. Without giving more importance, he decided to leave things as they were and did not show the images to anyone else.

However, recently he found the video again and when he saw it again, he decided that he should share it to the world, so he decided to upload it to social networks.

As expected, the video went viral in a matter of days and, in addition, different media outlets echoed the news, passing them on different news.

Among the thousands of comments you can see how people are totally sure that it is not a drone or other flying object, because it makes impossible movements for our aircraft.

Several theorists also showed the possibility that it is an experimental ship made by the government.

Obviously, the skeptics also gave their opinion, ensuring that it was nothing more than the reflection of a vehicle or some laser coming from some building.

This last wave of opinions is what has attracted attention. It is incredible that, even today, people still cling to skepticism as if it were a religion.

They try to look for “logical or scientific” explanations, however far-fetched they may seem, leaving aside that more and more members of the scientific community are joining the line of ufology.

Despite all this kind of denial agenda that has been created around UFOs over the past year, we also do not claim that each sighting is an extraterrestrial spacecraft.

However, we must keep in mind all the possibilities, as NASA experts have declared, because they themselves are not 100% sure of what certain flying objects can be.

What’s your opinion about it? Watch the following video, and let us know what you think in the comment box below.