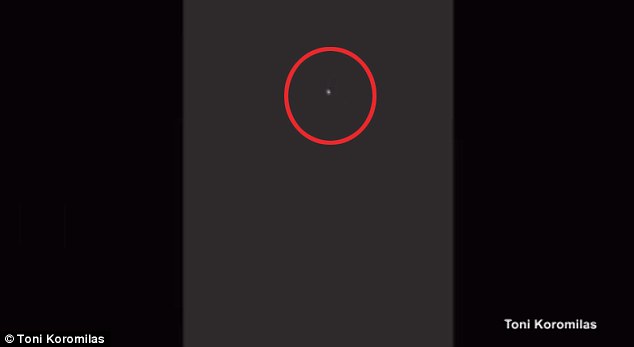 Witnesses observed a UFO over Melbourne, Australia on the night of Sunday, August 31.

This object hovered in the sky over the southeast Melbourne suburb of Carnegie for more than an hour, according to those who observed the mysterious craft. It flashed multi-colored lights, which included red, green, and blue, “in different flickering patterns.”

The UFO was reportedly seen by multiple witnesses, including Toni Koromilas who recorded video of the object. Another witness, Ami Hasson, also captured video of the UFO. Hasson says he watched the craft hover in the sky for a lengthy two-and-a-half hours. He also describes, “It was moving around in different directions . . . It looked like a ball from a distance but once I went out to film it and zoomed in I was amazed by it.” But according to the Herald Sun, Perry Vlahos from the Astronomical Society of Victoria believes he knows what the unidentified object is. “A few weeks ago I was driving over Carnegie and I saw something hanging in the sky,” he explained. “If we’re referring to the same thing it’s just a gyrocopter that someone is flying and outfitted with LED lights to make it a little more impressive.”

This “gyrocopter,” or quadcopter identification is further supported by Hasson’s own description. “It looked like it had a dark square main body with no lights on it but with around 4-6 colourful arms, reminded me of an octopus,” he explained.

Here is an example of a popular quadcopter in flight at night for reference:

Although the behavior and appearance of this UFO is consistent with a quadcopter, Hasson points out, “Many people can think many things . . . I think that we had visitors . . .”

According to the Herald Sun, Melbourne gets an average of one UFO sighting per week.