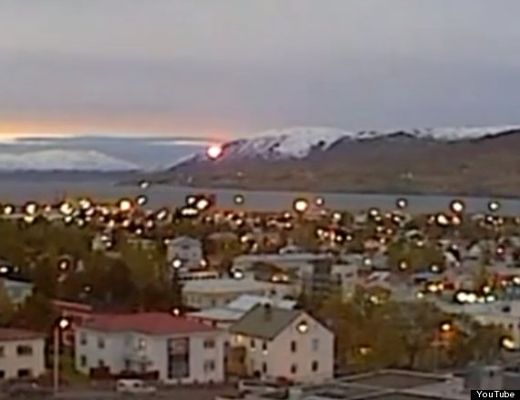 A mysterious bright light has been filmed slowly descending from the sky in Akureyi, Iceland.
The UFO appears to land in the middle of a residential area but there has been no explanation as to what it might be.
Some commenters on YouTube are sceptical of the clips authenticity.
One named BuzzTeddyHead wrote: “It looks fake. At 0.03 look how quick the object grows in size, then suddenly stops and falls without an increase in its size as according to perspective.”
What do you think? Fireball or fake?

In this article:Akureyri, Iceland, UFO