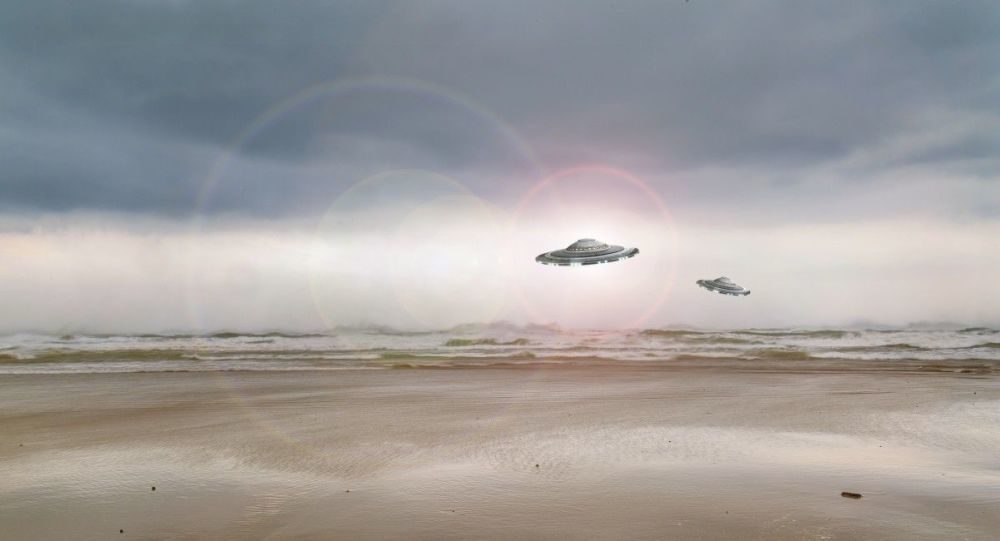 While many sightings of unidentified flying objects include spotting dots and circles in the sky, Rob and Phil Tindale insist that what they saw as children looked like a fight and subsequent crash. Although their encounter dates back to 1980, they refuse to believe the objects were anything else but aliens.

Australians Rob and Phil Tindale insist that they saw two UFOs in the sky outside their home in Adelaide Hills nearly 40 years ago, when they were just 10 years old. They described what they witnessed as a “bright yellow object” and a thing emitting “a red light”.

According to the brothers, cited by the Daily Mail, they spotted the first one “above the tree line at the end of the valley” from the ground prior to a red one appearing and trying to charge at it before the “blow flies on steroids” flew with “extreme speed” and disappeared within 15 minutes. Meanwhile, the yellow one made an “emergency crash landing” and ended up in a tree, they said.

“They crossed the valley-head back and forth many times in a hectic paired chase. Eventually the yellow one sped off at extraordinary speed to our right, and disappeared behind the hill. The red one had also gone. Neither myself, nor my brother were certain whether the red one had followed or simply left”, Phil said.

According to him, the area was less populated and sparsely treed, and no noises were heard at night.

“Not that this was unusual, there were fewer people in the hills back then. But there was no engine noise from this bobbing light at the end of our valley”, Phil said.

Although the two woke their parents up, they refused to do anything and sent the witnesses back to bed. Their grandmother, however, found an article in their local paper titled “Aussie Sure UFO Damaged Trees” about a purported alien spacecraft crashing on the same night when they witnessed the mysterious battle. Daryl Browne, who reported the crash, is said to have heard a tree “creaking and groaning”.

He claimed to have discovered an eight-metre yellow craft when he approached the site, and called the authorities. However, by the time he and investigators had got there, the object was gone, leaving no traces but damages.