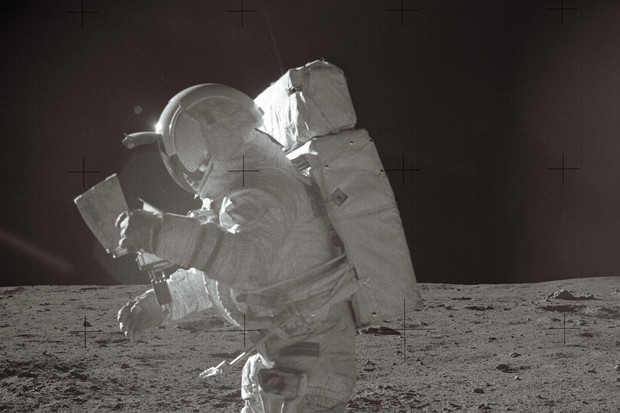 On Feb. 5, 1971, Edgar Mitchell became the sixth of only 12 men to step on the moon. Of that elite dozen, which included Buzz Aldrin and the late Neil Armstrong 44 years ago this week, Mitchell is the only one to go on record about his controversial belief in extraterrestrial UFOs — and of a possible government cover-up. 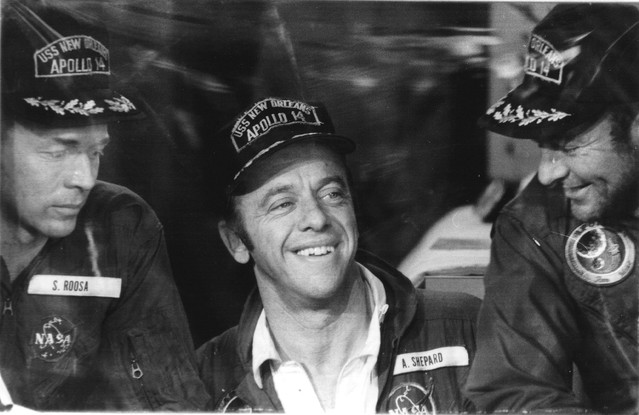 Apollo 14 astronauts Stuart Roosa, Alan Shepard and Edgar Mitchell. They spoke to personnel aboard the prime recovery vessel through the window of the mobile quarantine facility following recovery from the Pacific Ocean Feb. 9, 1971. Shepard died July 22, 1998. 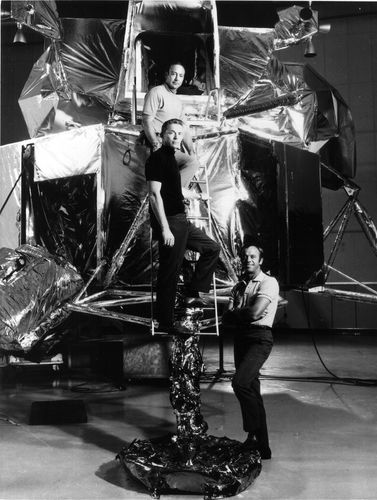 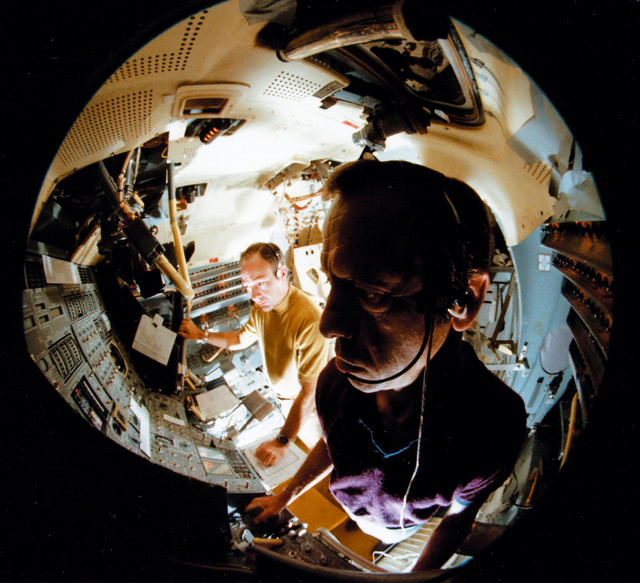 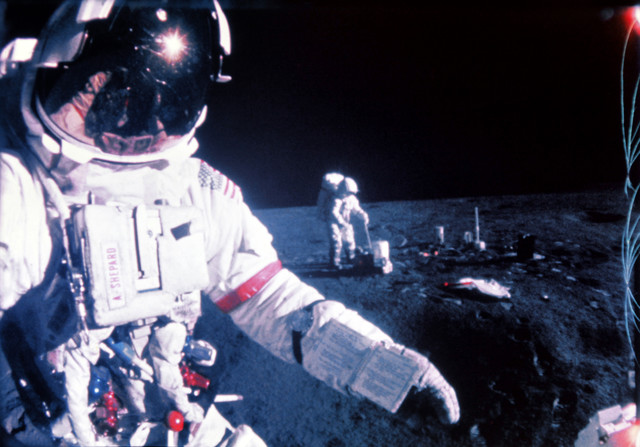 Mitchell, 82, is no dummy. While on active duty as a test pilot for the U.S. Navy, he completed an M.S. in aeronautical engineering at the U.S. Naval Postgraduate School and a doctorate in aeronautics at the Massachusetts Institute of Technology. Mitchell also served in combat during the Korean War as a fighter pilot. In 1970, he was awarded the Presidential Medal of Freedom.

After retiring from NASA in 1972, he founded the Institute of Noetic Sciences and later wrote “The Way of the Explorer” to document his experiences with mysticism and space.

I recently spoke on the telephone with the retired U.S. Navy Captain from his home in West Palm Beach, Florida. He was lucid and convincing with his heavy southern drawl, and just a little guarded.

Clash: Let’s start with the moon. Did you know your Apollo 14 crewmate Alan Shepard was going to “tee off” up there?

Mitchell: Yes, I knew before it happened. But I didn’t know quite when he was going to fit it in. After we had rolled up the solar wind experiment and put it in the data box, I did my javelin throw and he did a golf shot for the first “Lunar Olympics.”

They were between 50 and 55 feet, and my javelin went four inches further than his golf ball. I’ve got the pictures to prove it!

Clash: Was there any big emotion when you stepped on the moon, or was it just part of a long list of things you had to do?

Mitchell: The latter is correct. Sure it was wonderful, we were pleased to do it and it was enjoyable to be among the first, but it was just part of a checklist we had practiced week after week at Cape Kennedy. We would go through the whole routine, rewrite it and modify it again until we were comfortable with the order.

And, of course, our mission on Apollo 14 was to be the first to do science on the moon, so we had to be careful about getting everything in during the allotted time. Apollo 11 and 12 were more to prove physically we could get (astronauts) down to the surface, then back safely to Earth.

Clash: Do you believe we need to establish a base on the moon before sending humans to Mars, as some of your fellow Apollo astronauts do?

Mitchell: I don’t think there is much value in trying to use the moon as a base to go to Mars. That’s going into one gravity belt and having to get back out of it again. And the moon doesn’t have a lot to offer as a resource base.

There is something we could mine there, I’m sure, but there are better ways to do it. We do need different types of propulsion to get to Mars. I wrote one of the first Ph.D. theses on that in the 1960s.

Clash: You’re also known for your views on UFOs. What’s your experience regarding the Roswell, New Mexico, incident of 1947?

Mitchell: After my space flight, I was contacted by descendants of the original Roswell observers, including the person who delivered the child-sized coffins to the Air Force to contain alien bodies. Another was one of the children of the deputy sheriff who was patrolling traffic around the site.

There was also a military officer who was a friend of the families not involved in that particular operation, but who did share office space there. They all seemed credible with their stories that the bodies found were alien.

Clash: If that’s the case, why has it been hushed up?

Mitchell: Initially I think there was justification in that leadership officials thought people weren’t ready to handle it. But we are well past that now. Frankly, and this is just personal opinion, remember what (President) Eisenhower said in his final speech: “Beware the military industrial complex.” I suspect that’s what we’re talking about.

But it’s not just military. It’s a cabal of organizations primarily for a profit motive. We invented aircraft at the beginning of the 20th century.

Twenty years later, we had an airline industry. Think of what that could mean in terms of space travel with control of UFO machinery, technology. There’s a lot of money involved.

Clash: Have you ever seen a UFO yourself?

Mitchell: I consider myself fairly well informed, although I have not seen one personally. I’m not out there looking — I’m pretty busy.

Clash: Have you been threatened by anyone about your outspokenness on the subject?

Mitchell: No, but they wouldn’t be very successful with me if they tried.

Clash: Are you disappointed that America last visited the moon back in 1972 and has only sent astronauts into low earth orbit since?

Mitchell: There is no question we have to continue with human space development to other planets. But we also need to get our economy running. Then we have to get the world organized to work on this because it is really too much for any one country.

We need a community of nations capable of space flight because we all have to be off this planet sometime in the future. Our sun is going to burn out eventually, and we are not in a sustainable situation.

(James M. Clash is the author of “The Right Stuff: Interviews with Icons of the 1960s” (AskMen, 2012). He writes on adventure for Muse, the arts and leisure section of Bloomberg News. The opinions expressed are his own. This interview was adapted from a longer conversation.) 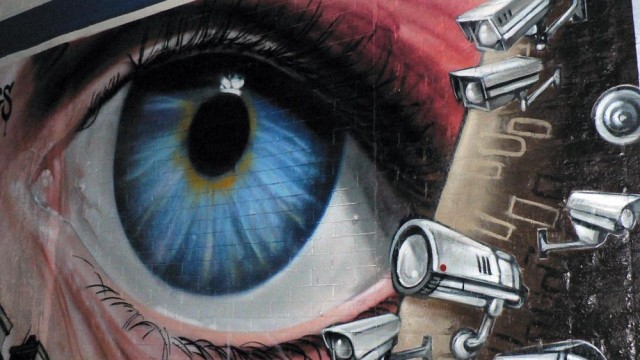 Federal Agencies, Corporations and Local Police: The Many Faces of Big Brother

Combining facial recognition, iris scanning, DNA analysis and voice modulation, the FBI will have the most comprehensive data collection on American citizens. | This...