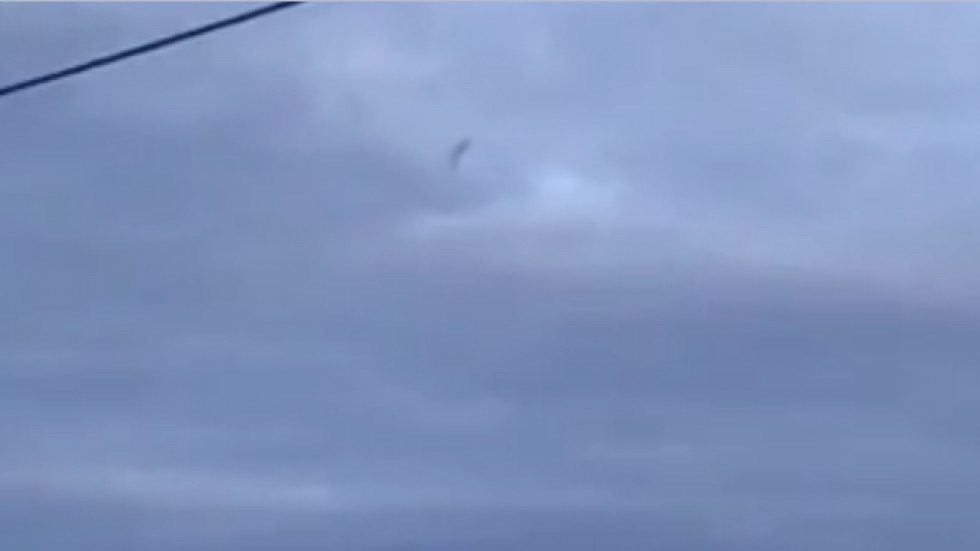 Harprit Singh swears he is not one to make bogus UFO sightings.

That’s why what he saw in the sky above Kamloops baffles him.

Singh sent CFJC Today video he recorded at 4:15 p.m. Saturday, Nov. 10, at the New Afton mine just west of Kamloops, where he works.

The video seems to show a strange movement behind the clouds.

WATCH: The strange movement can be seen in the upper half of the frame, near the middle. (Video Credit: Contributed / Harprit Singh) LANGUAGE WARNING

Singh says the disc-shaped object moved upward very quickly, which is when he took out his phone to record what he was seeing.

Singh says the disc-shaped object moved upward very quickly, which is when he took out his phone to record what he was seeing.

“I thought it would be some smoke that would disappear soon,” said Singh, “but when I watched continuously, it was something behind the clouds. It didn’t disappear and I got shocked when it moved up in a very quick movement.”

“At that moment, I realized it was something different; something strange. When it gave some different movements, I started recording this video. It was some sort of disc that moved into a vertical and horizontal position afterward,” he said.

Singh is hesitant to call the object a UFO because of the skepticism associated with UFO sightings, but he doesn’t know how else to explain what he saw.

“I don’t want to say that it’s a sort of UFO. But I have seen some videos similar to this kind of thing, that’s why I said it’s some sort of UFO,” said Singh. “I know it’s awkward to say this, but seriously, after seeing this… it was really strange.”

“I have never seen these things in the sky. Never. This was really something different.”

In this article:Kamloops, UFO Sightings