Since the founding of the country, religion of some type has always played an active role in the lives of a majority of Americans. Although religious faith is on a long-term downward trend while secularism is on the rise, about 70.6% of Americans still identified as Christian in 2014, while 5.9% had “Non-Christian faiths” such as Judaism or Islam, according to Pew Research Center. These numbers mean that over one in four Americans believe in some form of non-atheistic religion.

Much research has been done into the community impact of religion. Sometimes, religion is used as an excuse to engage in a number of terrible things such as violent extremism or child abuse. This is both historically as well as contemporarily true, however there is a great deal of good that religion is a catalyst for as well, such as volunteer work, greater civic engagement, and welfare. The authors of the study recognize this and understand that “while bad news makes news, both sides are important to understand clearly.”

In a 2016 study entitled “The Socio-economic Contribution of Religion to American Society: An Empirical Analysis”, Melissa and Brian Grim from Georgetown University and the Newseum Institute set out to determine the cost and contribution that religion has for American society.

Under conservative estimates, faith-based organizations were found to generate roughly $378 billion per year. Being more than a third of a trillion dollars, that number actually accounts for more than the global revenue of both Apple and Microsoft combined.

When including businesses with religious roots, the number increases to roughly $1.2 trillion annually, while more liberal estimations which also include household incomes of religiously affiliated Americans put the total annual revenue of religious-based organizations at approximately $4.8 trillion, which is about a third of America’s Gross Domestic Product (GDP).

“We believe that our second estimate of $1.2 trillion is more reasonable as it takes into account the value of the services provided by religious organizations and the impact religion has on a number of important American businesses” say the authors. Although, assets of religious groups were still not taken into account for this measurement.

After conducting their analysis, the study authors found that combined revenue from the country’s five largest religiously affiliated charities adds up to just under $38 billion. These include the Lutheran Services in America, Young Men’s Christian Association (YMCA), Catholic Charities, Salvation Army, and Habitat for Humanity.

However, religion is also quickly becoming one of the nation’s largest tax-free industries as reports have estimated that Christian media alone accounts for about $3.6 – $6.8 billion conservatively.

“In 2003, research estimates put the market for religious publishing and products at $6.8 billion and growing at a rate of nearly 5 percent annually. This market is subdivided into three categories: books (the largest segment, with $3.5 billion in sales and a 7 percent growth rate); stationary/giftware/ merchandise (sales at $1.4 billion and a 4.5 percent growth rate); and audio/video/software ($1.4 billion in sales and flat)”

According to Statista, the sales revenue of religious books peaked at over $17 billion in 2007 before dropping to $10.73 billion by 2017, making previous estimations of $3.5 billion pale in comparison.

After putting all of the data together, the study authors concluded that under the most conservative possible estimate, religion’s $378 billion annual contribution can be broken up into five categories: healthcare ($161 billion), local congregational activities ($83.8 billion), education (such as catholic schools, $74 billion), charities ($44.3 billion), media ($0.9 billion), and food ($14.4 billion).

The study authors also conclude that local religious congregations “provide a significant level of community and social services beyond those provided through religious organizations set up to specifically provide health care, education and charity.”

Religion is clearly a very prominent and influential segment of our American life and economy. As it does commit a great number of Americans to do good things for others, there is also a danger that it will increasingly become a tax-free media/outreach business model, rather than a faith and charity model where it would be able to do the most good.

This article (U.S. Religious Groups Generate More Money than Microsoft and Apple Combined) was originally created and published by Waking Times and is published here under a Creative Commons license with attribution to Phillip Schneider and WakingTimes.com. It may be re-posted freely with proper attribution, author bio, and this copyright statement.

In this article:faith-based organizations, Religion 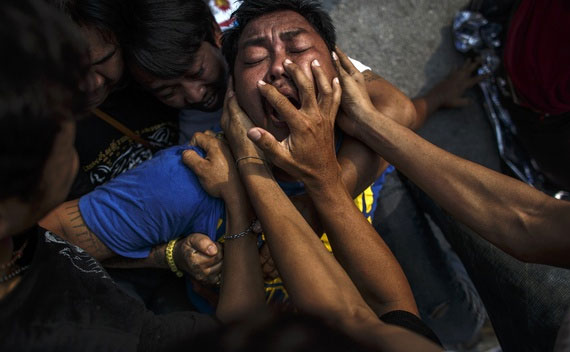