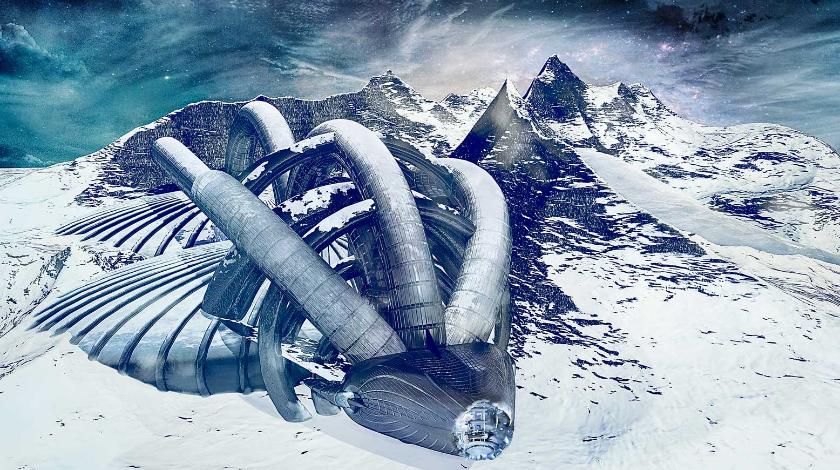 Antarctica is not just the most unexplored, and therefore the most mysterious place on Earth, ufologists, for example, are sure that this ice continent is the most suitable place for aliens to base.

UFO hunter Graham said on his Conspiracy Depot that he had discovered mysterious ships among the mountain ranges in Antarctica.

According to the researcher, the objects are 97 feet long and stand out significantly from the general landscape. He stated that the objects are twice the size of the F-16 fighter (49 feet). Graham said that these two disc-shaped structures appeared “out of place” near the Churchill Mountains, where there are only rocks. This, according to the ufologist, looks very strange.

The researcher, using the Google Earth service, zooms in the artifacts and shows how these two objects are similar in shape and size. In his opinion, these structures are of man-made origin.

Referring to the absence of snow cover on the objects, the researcher suggested that they appeared in these places relatively recently.

This is not the first time that ufologists share their findings on the snowy expanses of the southern continent of the Earth. They increasingly claim that Antarctica is an alien base or even home to mysterious giants, supposedly the last representatives of the ancient Atlantean civilization.

Advertisement. Scroll to continue reading.
In this article:Antarctica, Google Earth