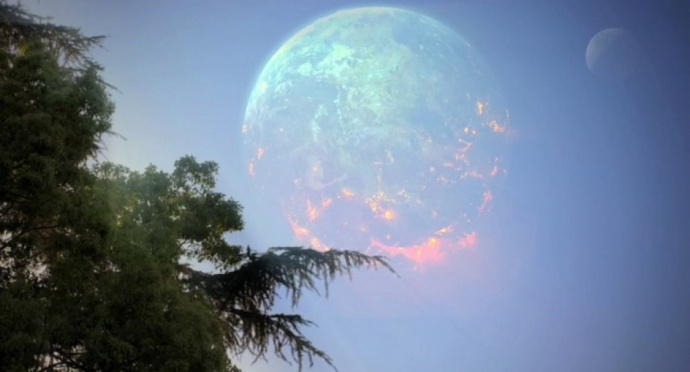 The planet is ruled by two powerful Brotherhoods, the Black and the White. Black wants to increase the Earth’s population by more than 50 billion while the White wants to reduce it to less than half a billion. Each for its own reasons.

The Black Brotherhood has ruled the planet from behind the scenes for millennia, promoting monarchies and controlling monarchs by feeding them executives through its countless Masonic lodges.

The White Brotherhood as from the 18th century AD, with the creation of the Illuminati took control of all the Masonic lodges of the Black Brotherhood and with revolutions set up around the world, established parliamentary democracy with puppet governments as well as world organizations to rule the planet, throwing the Black Brotherhood on the sidelines. They successfully brought the institution of family, religions and nation to the brink of dissolution.

About twenty years ago, with the dawn of the new 21st century, the Black Brotherhood began to enter the political game, controlling world leaders, several prime ministers and rich people.

The White Brotherhood, seeing their strong opponent (the Black) playing in its own fields in the political scene, proposed a sham friendship and it is supposed that they have been ruling the planet for several years.

The result is war, the initiator of the Apocalypse’s second horseman. The first horseman, is on his way out.

Third solar flare in a row

On April 21, satellites recorded a powerful M9.6 class solar flare. The source was the sunspot complex AR2993-94, facing almost directly towards the Earth.

An M9.6 class flare, and even one directed at Earth, is not to be taken lightly, but the problem is that the same group of AR2993-94 spots produced an X1 class flare on April 17.

And yesterday, on April 20, another group of AR2992 sunspots produced an X2.2 flare. Flares of this class are considered very strong and are quite rare, but now we see three approximate X1s in a row in three days.

To say that something is happening to the Sun is an understatement as we see this:

At higher magnification, the largest planet of the complex looks, as they say, as follows:

According to nibirologists, this thing will come to us in two years, which fits perfectly into the Apocalypse of John.

The second rider is in progress now, and two more to follow: a famine and some kind of epic cataclysm. Everyone will obviously ride for a year, like the first two. The Fourth Horseman is, apparently, the passage of Nibiru, after which, the Earth’s population will need to be recounted.

Some say that the fourth horseman may depict aliens who will fly to Earth to destroy humanity as they are interested in resources and habitable territory.

In any case and not in a galaxy far away, humanity may be in vain at the hands of foreign invaders and even disappear forever from the face of the Earth.

In the meantime, it remains to be hoped that these predictions will not come true and people will continue to live on their native planet Earth.

Nevertheless, a non comprehensible plan is in motion and just perhaps, the cosmic wheel is in the hands of one of the two brotherhoods ruling our lives from times immemorable.

Advertisement. Scroll to continue reading.
In this article:Brotherhoods, fourth horseman