After the strange “attack” of Iranian proxies on US military facilities in Iraq, there are a lot of controversial reports about a military movement from the region. So, Israeli media with reference to the US military, write that preparations for launching large ballistic missiles have been noticed in Iran.

And social networks are reporting even more menacing news. on the promotion of MLRS installations to US military facilities: Depending on the type of shells, the Grad fires at a distance of up to 40 kilometers. A circle with a diameter of 80 kilometers is a very large perimeter and not the fact that the Americans tightly control it, an example of which is the periodic shelling of Latakia from artisanal installations of this type. 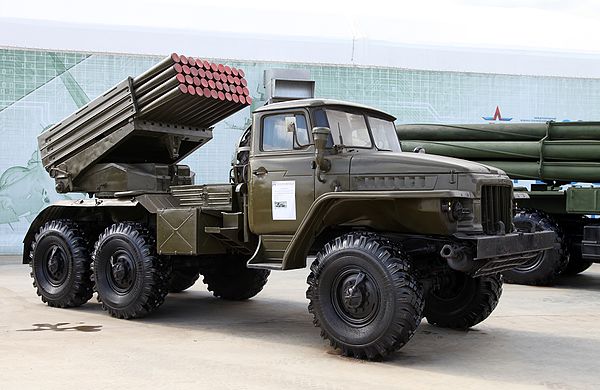 A ballistic missile can be detected and shot down, but there is no protection against MLRS. If at least one installation is discharged at a military base, then there will be a nightmare. But after that, obviously, Hell will begin.

A short time ago, Donald Trump made the following statement on Twitter:

Iran speaks very boldly of an attack on some US assets to avenge the fact that we saved the world from their terrorist leader, who killed an American on the eve and seriously injured many others, not to mention all the people he killed in his life, including …

… hundreds of Iranians who were shot during recent protests. He has already attacked our embassy and was preparing for additional attacks in other places. Iran has long been our headache, creating problems for the world for many years. Therefore, let this serve as a WARNING: if Iran strikes at Americans or American assets, we have … ..

52 targets in Iran, which symbolically remind of 52 Americans captured by Iran many years ago. All these facilities are of great value to Iran: they are important for the Iranian economy, for the Iranian defense and for Iranian culture. In the event of a new attack by Iran, all these goals, as well as the rest of Iran, WILL BE TOTALLY AND QUICKLY DESTROYED. The US does not want more threats! Here is such a harsh statement on behalf of the US president. As the story of the attack by the US Embassy in Baghdad showed – once trump said, then trump will do.

At the moment, the United States does not have enough forces and means in the region to fulfill its promise using conventional ammunition, so the strike will most likely be with tactical nuclear weapons, which will turn Iran’s 52 regions into glass. Perhaps TR-3B will also be marked there, so we are following the development of events.

In this article:Donald Trump, Iran