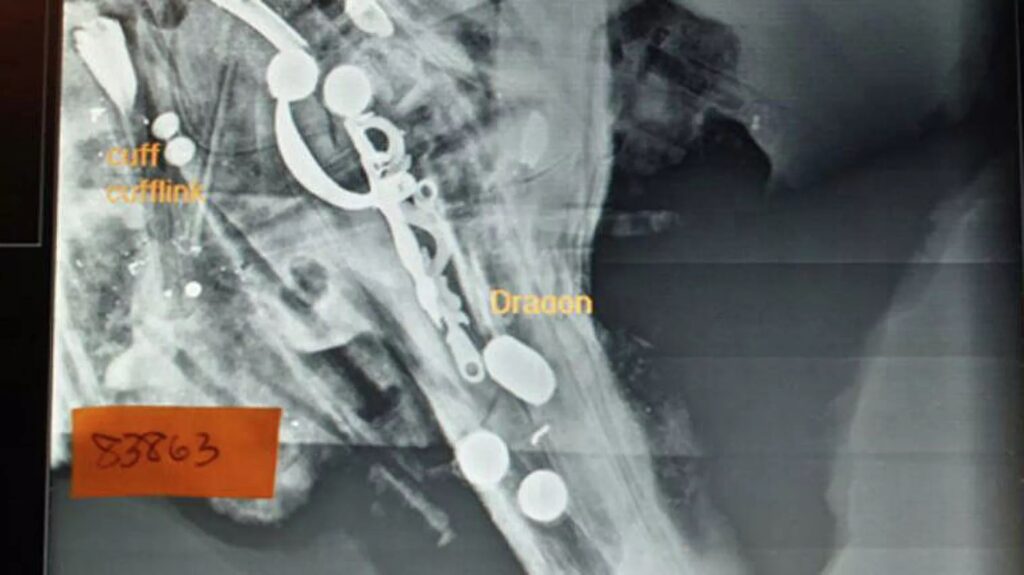 In the last ice age, due to the fall in sea level, Australia’s area has increased by a third. Our ancestors followed the receding coastline, making drawings in caves and leaving behind many tools. As the glaciers melted, water flooded it all and only last year, traces of ancient people were first discovered at the bottom of the sea.

“Very little is known about the sunken landscapes, their populations, and their role in the development of mankind,” scientists from Australia write in an article with the results of an underwater archaeological expedition off the northwestern coast of the continent.

It is estimated that at the peak of the last glaciation, the sea level was 130 meters below the current one. Consequently, a significant part of the continental shelf was land. Then warming began, and about seven thousand years ago, continents and oceans acquired the outlines familiar to us. The once vast expanses of the earth were flooded. The depth is very deep, and earlier it was not possible to thoroughly explore it.

The Australians were the first to undertake efforts to study the sites of ancient people under water. They chose the Dampier archipelago – there is a national park where, among other things, artifacts of prehistoric culture and rock carvings are protected.

From 2017 to 2019, six expeditions were sent there. At first, the water area was surveyed by lidars and drones from the air, bathymetry was carried out from the ship, topographic maps of the bottom were compiled and two promising areas were selected – at Cape Bryugier and in the Flying Foam Strait.

On the first site at a depth of 2.4 meters, divers found 269 stone artifacts, on the second – only one. Among them are blank cores, flakes, including sharpened ones, two stones similar to grinding ones. For comparison: 455 items were collected on the nearest shores. All of them, underwater and land, from the local volcanic rock, they have many things in common.

Scientists cannot date the finds directly, but by indirect evidence they are at least seven thousand years old. This is the first discovery of traces of Stone Age people on the sea shelf.

At the crossroads of sea routes

The Syrian coast has been the center of international trade for five thousand years. The sailors of Arwad Island are mentioned in the Bible. However, systematic archaeological work was not carried out due to the difficult political and economic situation in the region. Several attempts in the 1960s and 1980s immediately brought sensations – shipwrecks were found in the water area.

In 2019 and 2020, a Russian-Syrian underwater expedition worked near Arwad Island and the city of Tartus. Experts surveyed the water areas using geophysical methods, made maps and selected areas where city structures and ships were most likely to sink. Off the coast of Tartus, divers and underwater drones have found the ruins of a 1st century AD naval fortress.

According to the expedition participant Dmitry Tatarkov from Sevastopol State University, the remains of hydraulic structures, a lighthouse and four marble columns, a pier, breakwaters and an embankment were found. Scientists raised to the surface shards of Greek amphorae, Phoenician pots, Egyptian vases, various household items made of Roman stone. Pottery will help to accurately date the finds.

Researchers note that this port of Roman times was not known before. The find will allow rethinking the ancient sea trade routes in the main regions of the Mediterranean.

Yo-ho-ho and a bottle of rum

Samuel Bellamy joined the British Royal Navy as a teenager. At 26, he sailed to the New World in search of treasures and soon became the captain of a pirate ship. On his account – 53 captured ships, including the British frigate “Ouidah”, which transported slaves and untold treasures. He got it in early 1717, and just two months later Bellamy got into a storm on it near Cape Cod and died.

Bellamy, nicknamed Black Sam, was the most famous English pirate. And, despite his age, he was considered the richest. His mercy was legendary. Almost the entire crew died in that shipwreck – 146 people. Two were saved. 130 bodies were washed ashore. The fate of the rest remained unknown to this day.

In 1982, the Ouidah skeleton was found off the coast of Massachusetts – this is the first pirate ship in history to be identified. In 2018, the remains of a man were raised from the bottom; Bellamy’s pistol lay next to him. One of the direct descendants provided DNA for comparison, but the relationship was not confirmed.

And now a new sensation – the other day in the vicinity of the sunken ship archaeologists from the Museum of Pirates “Ouidah” ​​discovered six large stone nodules with artifacts. According to local media reports, X-rays have shown that there are skeletons inside.

The next step is to analyze the finds and DNA. Scientists hope to shed light on the fate of the missing crew members and Black Sam himself.

Photographs Of A Supposed Alien Ship Dropped in Australia

Those who say that UFO photos are always blurred and too far away to be able to identify them can not say the same...